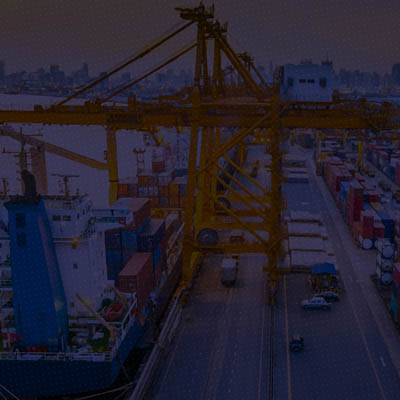 Before discussing the relevant legislative changes that have been introduced vide Union Budget this year, it would be imperative to first introduce the notion of anti-absorption mechanism.

When trade remedial measures such as anti-dumping duty (‘ADD’) or countervailing duty (‘CVD’) is imposed on imports of a particular product into a country by the government of the importing country, the purpose is to remove the impact of the unfair trade and create a level playing field between the dumped/subsidized imports and the domestically produced goods.

The level-playing field sought to be created by the imposition of ADD/CVD is effected when the importer clears the subject goods from customs after paying the ADD/CVD, apart from ordinary customs duties in force. Other things remaining the same, this leads to an increase in cost of imported goods as a result of ADD / CVD paid on such goods. This is intended to level the playing field between the domestically manufactured goods and the imported goods.

There may be a situation when in spite of imposition of ADD / CVD, the price of the imported goods in the Indian domestic market does not increase, thereby giving imported goods a competitive advantage over the domestically manufactured goods. One of the circumstances which may lead to this situation is when the exporters reduce their export price to the extent of ADD / CVD levied on the subject goods. Except when there is a valid reason for such reduced export price, such a practice is called ‘absorption’ of ADD / CVD by the exporter and leads to the same situation of unfair trade in the Indian domestic market.

For an easier understanding of absorption, reference may be made to the example below.

Figure 1: Import of goods without ADD

In the above example, the exporter has invoiced the goods to the importer at US$ 80 (dumped price) and with the addition of freight, insurance etc. and import duties, the said goods land in India at a price of US$ 100 (without any ADD). They are re-sold by the importer into the domestic market after adding a markup of US$ 20 to account for his profit margins and other selling costs.

Let us assume that the fair market price in India of the like goods produced by the domestic industry is US$140. The government, after investigation, imposes a duty of US$20 on this import to create a level playing field. After ADD, the following scenario emerges:

Figure 2: Import of goods with ADD

In figure 2, the goods are being imported after payment of ADD of US$ 20 making the landed value and re-sale price go up by the same amount. The price paid by the end-customer in the domestic market is US$ 140. Thus, the ADD of US$ 20 has created a level playing field and the users of subject goods in India will now have a fair choice between imports and domestic product which is also selling at US$140 in the local market.

Now, let us consider a situation where the exporter has reduced its export price in the following illustration:

Figure 3: Import of goods with ADD not passed on to the customer

In the above illustration, even though the importer is importing the goods after paying ADD of US$20, the goods are being resold to the customers in India at a price which is lower than the fair market price of the US$140 charged by the domestic industry in India. The exporter’s reduction of export price has commercially enabled the importer to resell the imported goods in the domestic market at the same price as in Figure 1 by not including ADD. As a result, the investigating authority’s objective of creating a level playing field by the imposition of ADD is negated.

Such a practice is called absorption and may be considered a form of unfair trade practice. In order to counter the same, the investigating authority would need to be empowered to investigate such practices and recommend/enforce the necessary countermeasures.

Anti-absorption provisions have been sought to be introduced into the Indian legal framework by the proposed amendments to the Customs Tariff Act, 1975 by the Finance Bill, 2021. With regard to anti-dumping investigations, Financial Bill, 2021 has proposed to introduce a new sub-section (1B) to Section 9A of the Customs Tariff Act, 1975, which states:

Section 9A (1B)-‘Where the Central Government, on such inquiry as it may consider necessary, is of the opinion that absorption of anti-dumping duty imposed under sub-section (1) has taken place whereby the anti-dumping duty so imposed is rendered ineffective, it may modify such duty to counter the effect of such absorption, from such date, not earlier than the date of initiation of the inquiry, as the Central Government may, by notification in the Official Gazette, specify.

Explanation. –For the purposes of this sub-section, “absorption of anti-dumping duty” is said to have taken place, -

(b) under such other circumstances as may be provided by rules.’

With regard to anti-subsidy investigations, Financial Bill, 2021 has proposed to introduce a new sub-section (1B) to Section 9 of the Customs Tariff Act, 1975, which states:

Section 9 (1B)- ‘Where the Central Government, on such inquiry as it considers necessary, is of the opinion that absorption of Countervailing duty imposed under sub-section (1) has taken place whereby the Countervailing duty so imposed is rendered ineffective, it may modify such duty to counter the effect of such absorption, from such date, not earlier than the date of initiation of the inquiry, as the Central Government may, by notification in the Official Gazette, specify.

Explanation. –For the purposes of this sub-section, “absorption of countervailing duty” is said to have taken place, –

(a) if there is a decrease in the export price of an article without any commensurate change in the resale price in India of such article imported from the exporting country or territory; or

(b) under such other circumstances as may be provided by rules.’

Though the proposed anti-absorption provisions are largely similar for both ADD and CVD purposes, the statute proposes to have more exceptions in the case of ADD. In case of both ADD/CVD, absorption is said to have taken place if there is a decrease in the export price of an article without any commensurate change in the resale price in India of such article.

However, in the case of ADD, the proposed amendment identifies two additional exceptions when absorption cannot be said to have taken place. These are two legal situations when the reduction in export price is not because of absorption of ADD / CVD by the exporter, but for below reasons:

It may be noted that the above circumstances are not definitive. The proposed provisions also permit the anti-absorption rules to be made to define other circumstances of absorption.

Legal framework for anti-absorption investigations in the European Union

The proposed introduction of anti-absorption provisions in the ADD/CVD framework is a continuation of the measures taken by the Central Government in the previous Budget 2020-21 towards strengthening the protection available to the domestic industry. The proposed introduction of anti-absorption provisions tightens the mechanism for countering unfair trade practices and closes the loopholes for unscrupulous practice of reducing the export prices to nullify the effects of ADD/CVD in force.

It is relevant to note that the participation of the importer, related or unrelated, is very important, especially to understand the movement of domestic prices post the imposition of ADD/CVD.

[The author is an Associate in WTO & International Trade Practice at Lakshmikumaran & Sridharan Attorneys, New Delhi]