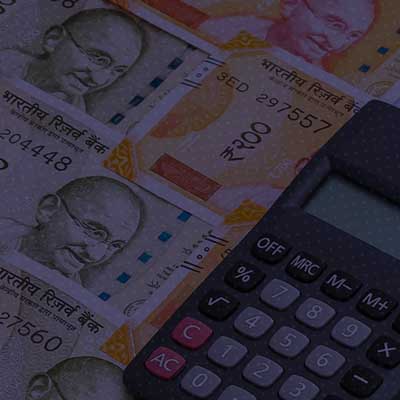 It is common knowledge that GST is chargeable on supply of goods or services. As per Section 7(1)(a) of the CGST Act, ‘supply’ covers all forms of supply of goods or services or both such as sale, transfer, barter, exchange, licence, rental, lease or disposal made or agreed to be made for a consideration by a person in the course or furtherance of business. The bone of contention here is whether the assets distributed by a firm to its retiring partners will come within the purview of ‘supply’ or not.

In order to analyse this issue, it is crucial to first comprehend the relationship between a partner and partnership firm. Every partner brings in his contribution to the capital of the firm at the time of admission to a partnership and thereby gets entitled to receive share in the profits of the firm. Under the Indian Partnership Act, 1932, the partners are collectively called a firm. The firm as such has no separate rights of its own in the partnership assets. It is the partners who jointly own the assets of the partnership.

It is due to this relationship that at the time of retirement of a partner, the capital contribution brought in by the retiring partner, as increased by his respective share in the profits of the firm, is given back by the firm. This can either be in the form of cash or non-monetary assets.

In the context of income tax, the Supreme Court in Dewas Cine Corporation analysed the transaction of distribution of assets to partners on dissolution of partnership and held that the same amounts to mere adjustment of rights of partners in the partnership assets. It is neither sale or transfer nor it is for a price.

In respect of the erstwhile VAT law, the Madhya Pradesh High Court in Khurana and Co. held that the transfer of property to retiring partner in satisfaction of his claim to his share cannot be considered as a sale or transfer. Similarly, the Bombay High Court in Synthetic Suppliers held that all partners are entitled for their respective shares in the property of partnership. Therefore, there cannot be a sale between the partners since, the same is distribution of their own property.

From the aforesaid decisions, the ratio that emanates is distribution of assets to a retiring partner is only in the nature of an adjustment of his share in the assets of the firm. Further, such adjustment is not being carried out by the firm against receipt of any payment. Thus, on the basis of these decisions, it is possible to argue that as long as a retiring partner is given assets in proportion to his share in the assets of the firm, the transaction will not be brought within the confines of Section 7(1)(a). However, a contra argument can be that the distribution of assets by the firm is towards consideration of giving up of rights by the retiring partner.

The complexity further increases in case where the retiring partners are being distributed assets in excess of their share in the assets of the firm. A similar issue had come up before the Tamil Nadu Authority for Advance Ruling in the case of Shiv Sankara Health Care Enterprises [2021 (4) TMI 838]. The question raised before the Authority was whether the amount paid towards goodwill to the retiring partners will be leviable to GST or not. This question could not be examined by the Authority due to withdrawal of the application. However, the Authority took cognizance of the question and noted that the taxability can only be determined after analysing the details as to how the goodwill was arrived at.

Another intricacy that is involved here relates to Section 7(1)(c) of the CGST Act which deems transactions specified in Schedule I as ‘supply’ even without consideration. One of the transactions covered under Schedule I is permanent transfer or disposal of business assets where input tax credit has been availed.

The term ‘disposal’ was interpreted by Punjab and Haryana High Court in the case of Goodyear India Limited as forsaking of title as well as control and possession of the goods. It thereby appears that once the partnership firm permanently parts away with an asset on which it had availed credit, the same can fall within the four corners of Schedule I read with Section 7(1)(c).

The dispute however does not end here. The Finance Act, 2021 has inserted clause (aa) under Section 7(1) retrospectively w.e.f. 1 July 2017. As per this clause, the activities or transactions, by a person, other than an individual, to its members or constituents or vice-versa, for cash, deferred payment or other valuable consideration have been included within the meaning of the term ‘supply’. The issue that surfaces here is whether the transactions between a firm and its retiring partners will get covered under the said clause. Even though the aforesaid amendment is yet to be notified, it still remains a point worth pondering.

Considering the numerous issues originating from a single transaction of distribution of assets to the retiring partners, the possibility of the Department raising disputes cannot be denied. Hence, it becomes essential to take stock of such type of transactions and decide a further course of action.

[The author is a Principal Associate in GST Advisory practice at Lakshmikumaran & Sridharan Attorneys, New Delhi]