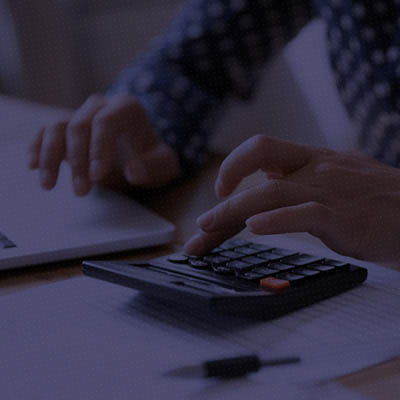 Cess: An allowable expenditure under the Income-tax Act?

It is a settled principle statutorily that the income tax paid by a taxpayer on its income is not allowed as a deductible expenditure under the provisions of the Income-Tax Act, 1961 (‘Act’). The term ‘income-tax’ has not been defined under the provisions of the Act, however, the term ‘tax’ has been defined to mean income-tax chargeable under the provisions of the Act. Section 4 of the Act creates a charge of tax on the total income of the previous year of a person. It is important to note that Section 4 of the Act though creates a charge of income-tax, such tax is charged at the rate or rates provided by the Finance Act. However, the question that looms is what are the kinds of levies which are included in the income-tax so charged. Whether the income-tax is simply the basic income-tax charged or does it include in its ambit the surcharge and cess also, which are charged in addition to the basic income-tax. In either scenario, can a deduction of the cess be claimed under the Act. The issue has been prone to litigation in the past and the debate has been revived again by the judgements of the High Court of Bombay[1] and the High Court of Rajasthan[2] wherein the issue has been decided in favour of the taxpayers by allowing the deduction of the cess paid.

This article attempts to discuss this issue in detail through the provisions of the Act and various judicial pronouncements.

The term ‘cess’ has not been defined in the Act, neither in the Finance Act nor in the Constitution. However, an inclusive definition of the term ‘taxation’ has been provided[3] in the Constitution to include the imposition of any tax or impost, whether general or local or special.

Accordingly, the term has been understood to mean as a tax levied and collected for an earmarked/specified purpose and is calculated as a levy in addition to the basic tax. The same is evident from a reading of the Finance Act as well wherein cess is levied and collected for the purpose of being spent on the health and education and the same is calculated as a percentage of tax.

Therefore, surcharge as levied is in addition to the basic income tax and is part of the income tax itself. This inference can be supported by Article 271 of the Constitution of India which provides the Parliament the power to increase duties or taxes by a surcharge. The said Article implies that the levy of taxes under Article 265 of the Constitution can be increased by a surcharge. This could be interpreted to mean that the Parliament is only increasing the basic amount of duties or taxes, inter alia, by levying taxes of the same kind though with a different nomenclature and having a specific and identifiable purpose as opposed to the basic taxes and duties.

Section 40(a)(ii) has been on the statute book since the year 1961. It is similar to Section 10(4) of the erstwhile Income-tax Act, 1922. The only difference between the erstwhile and the existing provision being that in the erstwhile section the word ‘cess’ found a specific mention alongside words rate and tax, whereas, in the present section i.e. 40(a)(ii), ‘cess’ has not been included.

However, Section 40(a)(ii) of the Income-tax Bill, 1961, as introduced in the Parliament had the word ‘cess’ alongside the words rate and tax. However, the Select Committee of the Parliament, decided to omit the word ‘cess’ from the aforesaid clause of the Income-tax Bill, 1961. The effect of the omission of the word ‘cess’ is that only any rate or tax levied on the profits or gains of any business or profession are to be deducted in computing the income chargeable under the head ‘profits and gains of business or profession’.

The fact that the term ‘cess’ was subsequently deleted appears in CBDT’s Circular No. 91/58/66-ITJ(19), dated 18.05.1967 (‘Circular’). In this Circular, the CBDT said that disallowing a cess paid by an assessee on the ground that there is no material change in the provisions of Section 10(4) of the erstwhile Income-tax Act, 1922 and Section 40(a)(ii) of the Act is not correct. It states that the word ‘cess’ had been explicitly deleted by the Select Committee and effect of such omission would be that ‘only taxes paid are to be disallowed in the assessments for the years 1962-63 onwards’.

As per Section 40 of the Act, one of the expenditures which cannot be claimed as deduction is any sum paid on account of any rate or tax which is levied on the profits or gains of any business or profession.

Therefore, to invoke disallowance under Section 40(a)(ii) of the Act, there are twin conditions which are required to be satisfied. The first condition being that the expense so incurred is in the nature of any rate or tax and the second condition being that such rate or tax is levied on the profits or gains of business or profession. Until and unless both the conditions are satisfied, disallowance under Section 40(a)(ii) of the Act cannot be made.

Whether cess is tax levied on profits?

We have already discussed that Section 4 of the Act is the charging section and the applicable rate of tax is provided under the Finance Act. We have also seen that as per Section 2 of the Finance Act, 2021, there is no separate mechanism for calculating the amount of surcharge, but it is levied at a percentage on the final tax amount payable. Further, Section 2(11) of the Finance Act, 2021 provides that the amount of income tax as increased by the surcharge shall be further increased by an additional surcharge. In this case of additional surcharge, even though the nomenclature is different, the underlying nature of the levy is surcharge only. The legislature itself calls the levy as additional surcharge though naming it as a Cess.

Considering the position that ‘cess’ is in the nature of tax, it can be interpreted, on a combined reading of Section 4 and Section 40(a)(ii) of the Act with Section 2 of the Finance Act, that even though the word ‘cess’ has not been mentioned in Section 40(a)(ii) of the Act, however, the same has a direct relation to the profit or gains of business or profession, and therefore has the potential to attract disallowance under this section.

To further elaborate on this point reference can be made to the judgment of the Supreme Court[4] where while deciding the issue that whether or not the words ‘Income-tax’ in Section 2(2)(a) & (b) of the Finance Act, 1964 include surcharge and additional surcharge, traced the history of the concept of surcharge in taxation laws. It was observed that special surcharge has been levied by the State prior to the year 1970 ‘in addition to the income tax’ owing to their powers under the Government of India Act, 1935, to do so. Similarly, post 1970, surcharge has been levied by the Parliament in addition to the income tax, in exercise of its powers under Article 271 of the Constitution, by way of section 2 read with first schedule to the Finance Act. The Court thus having regard to the legislative history held that surcharge and additional surcharge being charged in addition to income tax in exercise of constitutional powers are nothing but tax on income.

To further augment the point, reference can be made to the judgment of the High Court of Rajasthan[5] wherein, in the context of excise duty, it held that at the time of collection, education cess takes the character of the parent levy itself and accordingly, the education cess is excise duty.

Cess is not tax: The controversy

The question before the High Court of Rajasthan was whether or not education cess is a disallowable expenditure under Section 40(a)(ii) of the Act. The Court, without giving a finding of its own held that cess is not tax.

The Court placed reliance on the dictum of the Supreme Court judgement (though it does not mention which specific judgment), wherein the Supreme Court is supposed to have held that cess is not in the nature of tax.

The High Court observed that nothing can be read in or implied into a taxing statue. The Court further held that since the word ‘cess’ is not present in the text of the provision, it cannot be said that it being in the nature of tax is also not deductible. The Court held that such an argument, if accepted, would amount to reading something into the text of the provision which is otherwise absent. Accordingly, the Court decided the issue in favour of the taxpayer and also held that if the legislature would have intended to tax the Cess, it would have kept the reference to it in the provision and would not have deleted it from the bill.

Both the High Courts have relied upon the CBDT Circular. The Circular can also be read to mean that it is not every kind of cess that is excluded from the purview of Section 40(a)(ii) of the Act. What the Circular seeks to propound is that only those levies which are in the nature of taxes, having a direct relation to the profits or gains of business or profession, are to be disallowed and not every Cess.