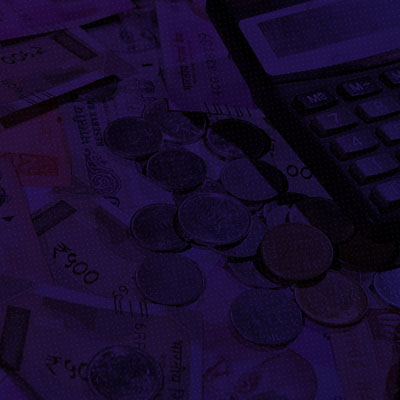 GST is a contract-based levy similar to service tax and sales tax. Contract-based taxes generally require the presence of a consideration that flows from one contracting party to another. In some cases, consideration is clearly identifiable in the contract whereas in some cases, there is a need to identify what constitutes consideration and what is not. While identifying the consideration, there are various aspects which need to be looked into, however, one thing that needs to be borne in mind is that every payment is not consideration.

In this article, we shall be discussing about the thin line which a payment needs to cross in order to become consideration.

The term ‘consideration’ is defined in Section 2 of CGST Act, 2017 to include ‘any payment made or to be made, whether in money or otherwise, in respect of, in response to, or for the inducement of, the supply of goods or services or both, whether by the recipient or by any other person but shall not include any subsidy given by the Central Government or a State Government; ……’

Considering that GST is a contract-based levy, the provisions of Indian Contract Act, 1872 are also relevant which define ‘consideration’ as follows:

Based on the above definitions, it can be said that in order to qualify as consideration, a payment should possess the following characteristics:

Let us discuss above characteristics in detail.

Direct nexus with the underlying supply

In order to understand, let us take an example of a sporting tournament where the participants enroll themselves upon payment of entry fee. Cash prize is awarded to the tournament winner. Here, can it be said that the prize money is the consideration in the hands of the winner against his activity of enrolling himself in the tournament? Can an argument be taken that prize money is paid to the winner in response to his participation in the tournament? In the case of Vijay Baburao Shikre [2019 (30) GSTL 63 (AAR)], the Authority of Advance Ruling has held that the prize money is consideration for the race winner and chargeable to GST. Another example can be of incentive given to the contractor for early completion of work or for appreciating the quality of work.

At the desire of the promisor

Second attribute of the consideration is that it should be made at the desire of the promisor. This aspect is quite important, however, generally, it is overlooked while determining the taxability of a payment.

In case some act is done or payment is made by the promisee/recipient but the same is not at the desire of promisor/supplier, the same cannot be said to be a consideration.

Recently, this aspect was discussed by the Larger Bench of Tribunal in the matter of Repco Home Finance Ltd. (Service tax Appeal No. 511 of 2011) while dealing with the issue of taxability of foreclosure charges collected by the banks from their borrowers upon early termination of loan. The Tribunal observed that the lender will never desire early termination of the loan since it thrives on the interest income earned from lending activities. After extensive analysis of various aspects of consideration, the Tribunal held that foreclosure charges cannot be treated as consideration in the hands of the bank and hence, service tax cannot be levied on the same.

A similar argument can also be taken in case of cheque bouncing charges or liquidated damages payable upon breach of contract. Though the supplier receives these payments, it should be seen whether the same are made at his desire or not. Does  the bank desire that the cheque of the customer gets bounced and bouncing charges becomes payable. Does any  party desire that the contract is breached so that he can receive the liquidated damages? Certainly not.

In all the above cases, the fact that certain payment has been made gives an immediate impression that some activity would have been carried out for  which the payment is made. However, this does not hold good in every situation. For each payment, it should be determined whether there is any corresponding activity or not, and whether the payment has the attributes of consideration or not.

[The author is a Principal Associate in GST practice at Lakshmikumaran & Sridharan, New Delhi]