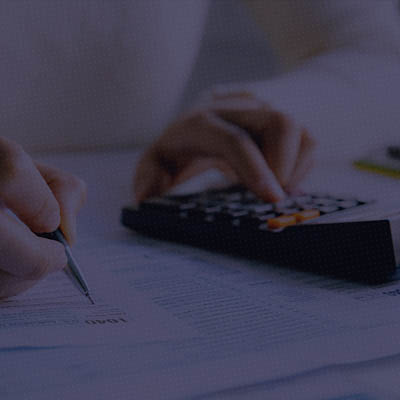 With the advent of The Companies Act, 2013 (‘Companies Act’), the corporates were casted with the mandatory Corporate Social Responsibility (‘CSR’) obligation. Section 135 of the Companies Act provides that every company meeting a stipulated threshold shall spend at least 2% of the average net profits earned during the three immediately preceding financial years, towards CSR activities. The expenditure has to be incurred on CSR activities, as provided in the Companies Act read with The Companies (CSR Policy) Rules, 2014 (‘CSR Rules’). The CSR activities must be undertaken by the companies itself, or through implementing agencies provided under Rule 4(1) of the CSR Rules. Rule 4(1) of the CSR Rules, inter-alia, provides that charitable trusts or societies registered under Sections 12A and 80G of the Income-tax Act, 1961 (‘IT Act’) are eligible to work as implementing agencies.

The Ministry of Corporate Affairs (‘MCA’) has further amended Section 135 and the CSR Rules with effect from 22 January 2021.

This article analysis the various Income-tax implications of these amendments and related aspects, on the companies and charitable trusts/societies being Implementing Agencies (‘IAs’).

It is pertinent to note that contributions made to the IAs by the companies were in the form of voluntary contributions other than corpus and/or corpus contributions prior to the amendments brought in CSR Rules on 22 January 2021.

Voluntary Contributions (Other than Corpus)

As mentioned above, one of the ways in which the companies discharged their CSR obligations was to simply disburse voluntary contributions (other than corpus) to the IAs. Thereafter, there was no specific monitoring done by the company of the actual utilisation and spending of such funds by the IAs. The IAs also enjoyed the option of accumulating these funds for their application towards certain specific charitable objects in the forthcoming years. This led to a scenario wherein although, the CSR obligations of the companies were met, but there was either no spending or no substantial spending of the CSR funds.

Under the IT Act, Section 11(2) also provides a mechanism for charitable trusts or institutions to accumulate 85% of their income from its property or received through voluntary contributions for further utilisation towards specific purposes for a maximum period of 5 years. Such accumulated amount is also exempted from being included in the income. This provision also left room for Companies to merely disburse the funds to IAs which could be accumulated for application in the future without having to actually spend such funds in any given financial year, for CSR activities.

Rule 7 of the erstwhile CSR Rules permitted corpus contributions to IAs as eligible CSR expenditure. Further, vide Circular dated 18 June 2014,[1]  the MCA clarified that contributions to the corpus of an IA would qualify as CSR expenditure, if such an IA or the said corpus has been created exclusively for a purpose related to the activities provided under the CSR framework. This enabled companies to merely contribute funds to the corpus of IAs, which qualified as a legitimate CSR expenditure. Under this regime there was no specific obligation on the IA to further spend such corpus contributions, or on the Company to monitor and ensure the actual utilisation of such CSR funds.

Under the IT Act, corpus contributions received by charitable trusts or institutions are exempt under Section 11(1)(d).

Therefore, by mere disbursal towards the corpus of the IAs the companies were duly complying with their CSR obligation, and also, the IAs were enjoying Income-tax exemptions on this amount of contributions received.

In the backdrop of the mis-utilisation of the CSR provisions, the MCA amended Section 135 of the Companies Act and also notified the CSR Companies (CSR Policy) Amendment Rules, 2021 (‘CSR Amendment Rules’) with effect from 22 January 2021.

These amendments have introduced provisions to ensure that the expenditure made is actually utilised towards CSR activities. This is to ensure that a mere disbursal of funds to IAs would not lead to a fair CSR compliance. The Companies are now required to ensure that the IAs either duly spend the contributions received for executing CSR activities within the same financial year or earmark them towards multi-year ongoing projects (maximum period of 3 years). In case, the IAs are unable to spend the contributions during the financial year or during the specified period of the ongoing projects, the company is required to transfer the amount of these CSR contributions to funds specified under Schedule VII of the Companies Act (‘Schedule VII Funds’) within a stipulated time.

Further, Rule 7 of the CSR Rules, which permitted corpus contributions as eligible CSR expenditure, has been substituted, and the amended CSR Rules do not permit the same. Subsequently, vide the Frequently Asked Questions on CSR,[2] (‘MCA FAQs’) dated 25 August 2021, the MCA has clarified that corpus contributions to any entity shall not be admissible as CSR expenditure.

It is abundantly clear that the intent of the Government through these amendments is to plug the loopholes prevailing in the earlier regime. The new regime would ensure actual utilisation of the CSR funds, and the Companies and IAs can no longer misuse the erstwhile provisions, as discussed above.

In furtherance of its objective to ensure that the provisions relating to corpus contributions are not mis-utilised, the Government has made certain amendments vide the Finance Act, 2021.

The Memorandum of the Finance Bill, 2021 noted that various public trusts or institutions claim corpus donations as exempt under Section 11(1)(d) of the IT Act, and simultaneously also claim application of these funds as part of the mandatory 85% application for non-corpus income exempted under Section 11(1). In order to curb such double counting, the Finance Act, 2021 introduced the following amendments to the IT Act:

These provisions have effectively ensured that these institutions cannot misuse the exemptions provided for corpus contributions towards charitable objects and claim double exemption on the same.

Another important aspect related to the CSR mechanism having a bearing on the IT Act, is with respect to the exemption provided under Section 80G of the IT Act.

Explanation 2 of Section 37(1) of the IT Act provides that CSR expenditure incurred by an assessee shall not be deemed to be incurred for the business or profession of the assessee. However, Section 80G provides that any sums paid as donations by an assessee, to certain eligible entities listed under sub-Section (2), are allowed as a deduction from its income.

In light of the above, the issue which comes to surface is whether donations made for meeting CSR obligations which is specifically disallowed as per Explanation 2 of Section 37(1) is eligible for deduction under Section 80G.

This issue has been recently adjudicated upon by the Kolkata ITAT in the case of JMS Mining Pvt. Ltd. v. PCIT.[3]

In this case, the assessee claimed deduction under Section 80G on donation given to charitable trusts as contribution towards CSR activities. The ITAT held that the embargo created by the Explanation 2 to Section 37(1) was to deny the deduction for CSR expenses incurred by companies as a regular business expenditure while computing ‘income under the head business’. The said Explanation cannot be extended to CSR contributions which are otherwise eligible for deduction under Section 80G. Further, the ITAT referred to clauses (iiihk) and (iiihl) of Section 80G(2) of the IT Act, which specifically exclude donations paid to Swachh Bharat Kosh and Clean Ganga Fund in pursuance of CSR obligations for claiming a deduction under Section 80G. Therefore, it was held that by virtue of such specific exclusion it can be inferred that the legislature has envisaged for allowing the deduction towards CSR expenditure made towards the funds or organisations apart from the two exceptions mentioned above. Accordingly, the assessee's claim for deduction of CSR expenses/contribution under Section 80G was allowed.

However, it must be noted that the jurisprudence on this aspect is continuing to evolve, and this matter has not been adjudicated upon by any High Court or the Supreme Court.

The recent amendments clearly reflect the Government’s intention to ensure the implementation of a comprehensive CSR framework. The companies and institutions acting as IAs must be extremely mindful of ensuring actual utilisation of the funds earmarked towards charitable purposes, as the provisions under both the Companies Act and the IT Act have been tightened with respect to the same. It would be safe to say that the Government has made major strides towards plugging the loopholes causing the abuse of the erstwhile provisions.

[The author is an Associate in Direct Tax Team at Lakshmikumaran and Sridharan Attorneys, New Delhi]