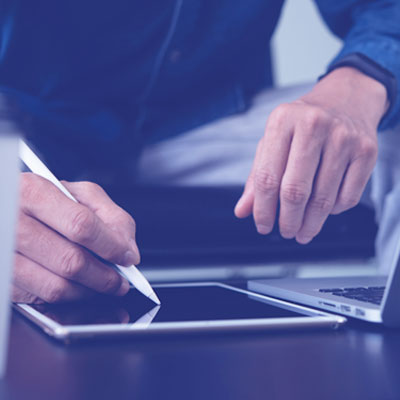 Electronic execution of contracts in the time of pandemic COVID-19

The novel Corona virus (Covid-19) is creating chaos in all industries across the world. Due to this crisis, execution of contracts has posed a challenge. This raises a question about the electronic execution of contracts and their legal enforceability. It may be noted that technology has changed drastically over the past two decades including the way the contracts are created and executed by electronic means.

Governing laws of contracts in India:

Indian Contract Act, 1872 (“Contract Act”) is one of the oldest laws that governs contracts, oral or written. It was not enacted keeping in mind the advent of internet and its technological advancements. Section 10 of the Contract Act describes the essential elements of a valid contract viz., parties must be competent to contract with their free consent (and not under any undue influence, coercion or misrepresentation), for a lawful consideration and with a lawful object.

The Information Technology Act, 2000 (“IT Act”) recognizes the electronic contracts. Pursuant to Section 4 of the IT Act, if any law mandates information in writing or in the typewritten or printed form, then, such requirement shall be deemed to have been satisfied if such information or matter is rendered or made available in an electronic form and accessible so as to be usable for a subsequent reference.

The Central Government under Section 3A has prescribed Aadhaar based e-authentication of documents. Documents authenticated by electronic signatures as per the procedure laid down under the IT Act are secure electronic records under Section 14 and 15 of the IT Act i.e., they are deemed to be executed by the concerned party, unless contrary is proved. However, the contracting parties must be mindful of the requirements for electronic signatures as provided under IT Act.

Under the terms of Section 10A of IT Act, proposals, acceptance of proposals, the revocation of proposals and acceptances can be made through an electronic means. Therefore, communication of acceptance through emails can be a valid and binding contract provided the requirements under Chapter I of the Contract Act, are complied with. Chapter – I deals with communication, acceptance, revocation of proposals, promises express and implied. Therefore, where execution of documents physically or by electronically is not possible, the parties may send offer and acceptance by exchange of emails. The Supreme Court in Trimex International FZE Ltd. Dubai Vs. Vedanta Aluminium Ltd., India [2010 2 SCC 1], has upheld the aforesaid and recognized offer and acceptance through e-mails as valid contract in absence of a formal contract.

The Madras High Court in Tamil Nadu Organic Private Ltd v. State Bank of India, [AIR 2014 Mad 103], noted that "contractual liabilities could arise by way of electronic means and that such contracts could be enforced through law." In the said case, the Court was dealing with the validity of e-auction sale process under the SARFAESI Act.

However, the inherent risk in e-mail communications is that they are not recognized as secure electronic records and are not authenticated documents as per the provisions of the IT Act and the parties can deny the existence of an email in the event of dispute. Therefore, as a precautionary measure, parties must record the special circumstances and intention to enter a binding contractual relationship through emails and a formal contract at a later stage once the things return to normalcy.

Apart from creating binding relation through electronic execution or through e-mail communication, the method includes: ‘Click-wrap Agreements’, ‘Shrink-wrap Agreements’ and ‘Browse-wrap Agreements’.  Click-wrap agreements are commonly used in software licences, social media terms of use, banking services and e-commerce portals which mandate users to accept the terms by clicking on a box or icon titled “I Agree”. Shrink-wrap agreements are terms that come bundled with any product and using the product is deemed as acceptance of the terms of the contract. Browse-wrap agreements do not mandate any specific user action and by simply browsing the website/portal it is deemed as acceptance of the terms.

In such contracts, one party typically has no power to negotiate and the Courts in India have often viewed them as unconscionable.  While it is no doubt that offer, acceptance, communication in relation to such contracts can satisfy the requirements of valid contract under the Contract Act, the enforceability is a question as they are not given equal status with electronic signatures under the IT Act. While there is a considerable jurisprudence on validity of Shrink-wrap, Browse-wrap and Click-wrap contracts in foreign jurisdictions, the Courts in India have not extensively dealt with the question of validity/enforceability of such contracts.

The Tribunal further held as follows:

“So far as the legal enforceability of such Licence Agreements is concerned, in spite of the fact that it may fulfill all the requirements of a valid contract, such an agreement may not be enforceable, if, its stipulations conflict with the law governed in the country where such licenses are intended to be enforced, or if it is an unconscionable or unreasonable bargain.”

Therefore, it may be concluded that enforceability of Shrink-wrap, Browse-wrap, and Click-wrap Agreement may pose a considerable question of validity/enforceability before Courts in India.

Not all documents can be authenticated electronically:

Therefore, the above documents though executed electronically as per the procedure laid down under IT Act, cannot be considered as validly executed under the provisions of IT Act. We may however note that in Tamil Nadu Organic case (supra), the Court held that prohibition under Section 1(4), read with item 5 of the First Schedule of the IT Act, would not apply to the e-auction sale process followed by the respondent banks therein, as the conclusion of the contracts, in respect of the properties brought for sale and the conveyance of the interests therein are done manually.

Except the exemptions stated under Schedule-I, all other documents can be executed electronically. Several States have over the period of time included electronic records with in the definition of instruments chargeable to stamp duty.  Further, we may note that stamp duty enactments generally state that an instrument is chargeable to stamp duty upon execution. Execution with reference to instruments, mean “signed” and “signature”. Therefore, it can be safely concluded that the documents authenticated with electronic signatures following the procedure prescribed under IT Act are validly executed and are liable to payment of stamp duty.

As held by the Courts in catena of judgements, e-contracts are valid and enforceable under the laws of India. India has been and will be witnessing a surge in the execution of contracts electronically. Now, due to COVID-19, execution of contracts electronically has become inevitable. Considering the ease of execution coupled with the enforceability, there is an increased recognition for these forms of execution. However, parties must carefully analyse other implications such as payment of stamp duty, etc. Further, it is also necessary to deal with notarization of e-contracts. E-notarization has not been recognized in India so far. Therefore, e-notarization of e-contracts needs frame work from the appropriate authorities.

[The author is an Associate in Corporate Advisory team, Lakshmikumaran & Sridharan, Hyderabad]