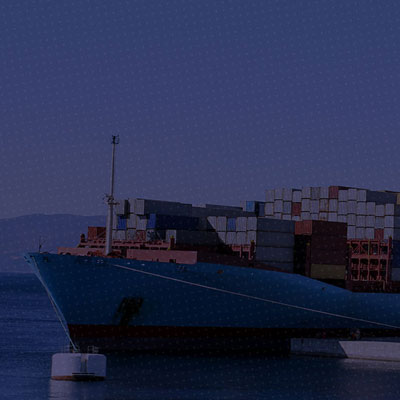 Recently, the CESTAT (‘Tribunal’) had allowed an appeal against the Finance Ministry’s decision rejecting the Designated Authority’s recommendation to impose anti-dumping duty (‘ADD’) on imports of Choline Chloride originating in or exported from China PR. This decision of the Tribunal is significant as it is for the first time an appeal has been allowed against such a decision of the Finance Ministry.

This article is intended to briefly discuss the decision rendered by the Tribunal and the implications of such decision.

Jubilant Ingrevia Ltd. (‘Appellant’), a domestic producer of Choline Chloride filed an anti-dumping application before the DGTR concerning imports of Choline Chloride in all forms (‘subject goods’) from China PR. By Final Findings dated 25 August 2020, the DGTR found that the imports of subject goods were being dumped and were causing material injury to the domestic industry. The DGTR, therefore, recommended the imposition of ADD on imports of the subject goods from China PR.

Under Rule 18 of the Anti-Dumping Rules, 1995, the Central Government may, within three months from the date of publication of the final findings, impose ADD. In this case, the Ministry of Finance decided not to impose ADD and indicated its decision to the DGTR vide Office Memorandum dated 14 December 2020 (‘OM’). The OM did not specify any reasons for the decision taken by the Central Government.

Aggrieved by the Finance Ministry’s decision, the Appellant approached the Tribunal for setting aside the OM alleging that it had been issued arbitrarily by a non-reasoned order.

Issues before the Tribunal

One of the first issues before the Tribunal was whether the appeal against the OM was maintainable before it. Reference was made to Section 9C of the Customs Tariff Act, 1975 (‘CT Act’), which confers appellate jurisdiction to the Tribunal and under which the appeal was filed by the Appellant. Section 9C states–

SECTION 9C. Appeal. — (1) An appeal against the order of determination or review thereof regarding the existence, degree and effect of any subsidy or dumping in relation to import of any article shall lie to the Customs, Excise and Service Tax Appellate Tribunal constituted under section 129 of the Customs Act, 1962 (52 of 1962) (hereinafter referred to as the Appellate Tribunal).

The Appellant argued that an appeal was maintainable against the OM being a final order of determination issued by the Central Government communicating its decision not to impose the ADD. In case the first issue was held in Appellant’s favour, the second issue before the Tribunal was the nature of relief to be given to the Appellant.

In India, the functions under the CT Act with regarding to anti-dumping duty are divided between two government bodies, the DGTR and MOF. The DGTR is a quasi-judicial authority which investigates the existence, degree and effect of dumping and accordingly issues its recommendations in the form of preliminary or final findings.

In its examination of whether the OM was an ‘order of determination regarding the existence, degree and effect of dumping’, the Tribunal held that a discretion is vested with the Central Government to either impose or not to impose an anti-dumping duty. The Tribunal reasoned that since the OM stated that the Central Government had decided not to impose an anti-dumping duty, such a decision was a determination by the Central Government on the existence, degree and effect of dumping. In its support the Tribunal relied on the decision of the Supreme Court in Saurashtra Chemicals Ltd. v. Union of India [2000 (118) E.L.T. 305 (S.C.)] and that of the Delhi High Court in Jindal Poly Film Ltd. v. Designated Authority [2018 (362) E.L.T. 994 (Del.)].

After determining that the OM issued by the Central Government was an ‘order of determination’, the Tribunal examined the second issue of whether the OM was liable to be set aside.

The Appellant submitted that the Finance Ministry’s decision was an exercise of powers conferred by Section 9A, which empowers the Central Government to impose ADD on goods exported to India at less than its normal value. The Appellant further submitted that the OM issued was arbitrary and against the principles of natural justice as it did not even disclose any reasoning for its decision and was, therefore, liable to be set aside. On the other hand, the Central Government took a stand before the Tribunal that the decision was taken in public interest.

The Tribunal following the reasoning of the Supreme Court in S.N Mukherjee v. Union of India [(1990) 4 SCC 594] stated that if a function is performed in exercise of quasi-judicial powers, then principles of natural justice should be followed.

The Appellant examined the nature of functions performed by the Central Government to determine whether the OM was issued in exercise of a quasi-judicial or legislative function. Relying on the Supreme Court’s observations in Reliance Industries v. Designated Authority [2006 (137) ECR 477 (SC)], the Tribunal held that the function performed by the Central Government under Section 9A is quasi-judicial in nature and not legislative.

After categorizing the function performed by the Central Government as quasi-judicial the Tribunal allowed the appeal on the ground that the OM was an order of determination which did not spell out the reasons for not imposing the ADD.

The Tribunal was of the view that although the Central Government had the discretion to accept or reject the DGTR’s final findings, this discretion was required to be exercised in a judicious manner by a reasoned order.

Secondly, can the issuance of a customs notification by the Central Government imposing ADD be called a quasi-judicial act? Irrespective of the object or nature of ADD, it is essentially a tax or duty that is imposed on import of goods into the India. Article 265 ordains that no tax shall be levied and collected except by authority of law. The expression ‘law’ in terms of Article 265 means an act of the legislature. Parliament through Section 9A has delegated the power to impose an ADD by issuance of a notification in the official gazette to the Central Government. Therefore, can such a function to impose ADD under the power delegated by the Parliament be categorized as a quasi-judicial function?

A three-judge bench of the Supreme Court in Haridas Exports v. All India Float Glass Mfrs. Association and Ors. [AIR 2002 SC 2728] had held that levy or non-levy of anti-dumping duty is a legislative act. This view was also expressed by the Rajasthan High Court in J.K. Industries Ltd. v. Union of India [2005 (127) ECR 274 (Rajasthan)]. However, the Tribunal’s decision has now blurred the line between a quasi-judicial function and a legislative function.

In such a situation, is the jurisdiction by the Tribunal properly exercised - only time will tell when the matter reaches higher forums. Meanwhile, the Tribunal’s decision has opened gates for other aggrieved parties to file appeals before the Tribunal against such decisions of the MOF.

[The author is an Associate in WTO and International Trade practice team at Lakshmikumaran & Sridharan Attorneys, New Delhi]