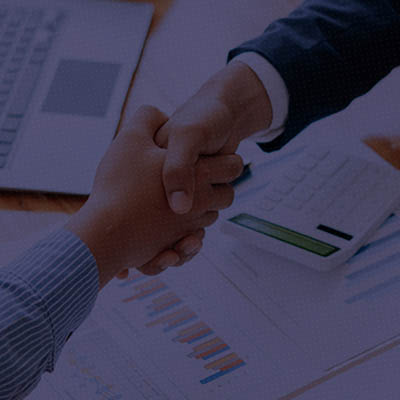 Intermediary services – Why Circular No. 159 should not be ignored?

After the 45th meeting of GST Council, when Press Release stated that in order to remove ambiguity and legal disputes, Circular will be issued providing clarification(s) on scope of ‘intermediary services’, while some cheered with hope, others did not want to raise their expectations.

The definition seeks to cover those persons who will be considered as intermediaries.

When a word is defined to ‘mean’ such and such, the definition is prima facie restrictive and exhaustive. Therefore, if any person is not covered within the exhaustive scope of the definition, their services cannot be considered to be intermediary services. To begin with, the person should be a broker, an agent or any other person, by whatever name called. It cannot be ignored that after broker and agent, the expression ‘any other person, by whatever name called’ widens the scope. The question is, how wide?

As per the Rule of Ejusdem Generis, when particular words pertaining to a class, category or genus are followed by general words, the general words are construed as limited to things of the same kind as those specified[1].

Applying the above rule of interpretation, even if the terms broker or agent is succeeded by the expression any other person, by whatever name called, such other person also has to bear the character of a broker or agent. Brokers and agents are known to be persons who generally act on behalf of another; who look after someone else's business affairs or do business on their behalf; who represent another person. Such person should be identified by the service recipient to enable the latter to conclude transactions and business on his behalf. The purpose was only to ensure that the coverage should not be restricted to those referred to as ‘brokers’ or ‘agents’, and persons intended to be covered should not escape coverage due to nomenclature alone.

This is not a novel argument.  In the context of Income tax law, Supreme Court[2], agreed with the above principle, and which has been relied upon by the Appellate Advance Ruling Authority[3]. However, Advance Ruling Authorities have rejected the application of the rule of Ejusdem Generis while construing the definition of intermediary[4].

Here, Para 3.3 of Circular 159 becomes relevant and is extracted hereunder-

The above Para has taken cognizance of the fact that the expression ‘a broker, an agent or any other person, by whatever name called’ is exhaustive and the attempt is not to expand the scope by use of words like ‘and includes’. The latter part of the definition is read to give colour to only the role of persons covered and not to the persons themselves. It is made clear that the role is to be supporting the main supply. It indicates that not every person who is facilitating a supply can be an intermediary.

There are many instances where multi-national companies engage their Indian counter parts to provide services. These services may eventually be consumed to undertake a main supply by or to the foreign company. The mere reason that services of the Indian company facilitates another supply has resulted in doubts being raised on whether they qualify to be intermediaries. The fact that these were not engaged to act as brokers or agents, or to merely facilitate supplies to or by the foreign company is ignored. Most seem oblivious to the possibility of such companies being engaged for their expertise and such engagement being irrespective of the conclusion of any main supply, or it could be deliberate ignorance.

It is necessary to mention that in Para 2.3, Circular 159 confirms that the scope of intermediary under GST law and Service tax law are broadly the same. Service tax Education Guide issued by CBIC explained the scope of intermediaries. One of the criteria given was that the service provided by the intermediary on behalf of the principal is clearly identifiable. Examples provided were travel agent (any mode of travel), tour operator, commission agent, recovery agent. It was clarified that even in other cases, wherever a provider of any service acts as an intermediary for another person, as identified by the guiding principles outlined, this rule will apply. Normally, it is expected that the intermediary or agent would have documentary evidence authorizing him to act on behalf of the provider of the ‘main service’.

Therefore, the fact that even at the time of introduction of the concept of intermediaries in Service tax law, it was made abundantly clear that the service recipient should intend to appoint such person to undertake transactions on its behalf. Such services automatically facilitate a main supply. Facilitation or arrangement of the main supply is not even a separate and independent criterion, it is merely an explanation of the type of service performed by person like brokers or agents.

Circling back to the above discussion on engagement of Indian counter parts by foreign group companies, it can be observed that those may also be in the nature of sub-contracting or outsourcing. Therefore, looking at all transactions with the same lens may not be correct.

To summarize, Circular 159 has brought the conversation back to the definition of intermediary and that it, cannot and should not, be construed to be so wide that any service indicating facilitation of a supply will be covered. The scope is meant to restrict to only such services where the service provider is, as the name suggests, mediating the supply between to persons like those undertaken by a broker or agent. Consumption of a service for an eventual supply cannot be the sole test.

[The author is a Joint Partner in the GST Advisory team in Lakshmikumaran & Sridharan, Gurugram]