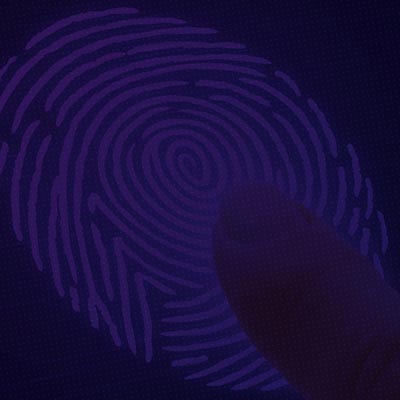 The Intellectual Property Appellate Board (‘IPAB’) in a recent order dated 29-09-2020[1] allowed the  appeal filed by Pharmacyclics, LLC (‘Appellant’) challenging the revocation of Indian Patent No. 262968[2] (‘IN’968’) by the Joint Controller of Patents and Designs, New Delhi[3] (‘Respondent No. 2’) following post-grant opposition proceedings initiated by Laurus Labs Pvt. Ltd. (‘Respondent No.3); and has set aside the revocation order (‘impugned order’) as being ‘devoid of merit’. Consequently, the IPAB directed the Controller General of Patents, Designs, Trademarks and Geographical Indications (‘Respondent No. 1’) to take immediate steps to make necessary changes in the records and the e-register pertaining to IN’968. The Respondent No. 2 revoked IN’968 only on the ground of lack of inventive step and the same has been overturned by the IPAB in appeal.

In the instant order, the IPAB has delineated some important legal principles, especially in the context of inventive step assessment under Section 2(1)(ja) of the Patents Act, 1970 (‘Act’) which will help to make the adjudication with respect to inventive step  more objective.

Prior to the instant order on merits, the IPAB also dealt with a miscellaneous petition filed by the Appellant for interim stay of the impugned order during the pendency of the appeal.  The IPAB vide Order dated 12-06-2020 had issued an ad-interim stay on the impugned order. After an unsuccessful challenge of the said ad-interim order by the Respondent No. 3 before the Delhi High Court in a writ proceeding[4], the IPAB vide Order dated 07-08-2020 decided the application for stay in favour of the Appellant, essentially owing to procedural lapses during the post-grant opposition proceedings and for not adhering to the guidelines issued by the Delhi High Court in this regard. It is pertinent to note that by Order dated 20-11-2019, the Delhi High Court in a writ proceeding[5] initiated by the Appellant challenging the Respondent No. 2’s decision to allow additional documents and evidence filed by the Respondent No. 3 to be taken on record, laid down the general principles that ought to be followed while dealing with a post-grant opposition. It was owing to the non-compliance of the said principles that the stay of the impugned order was granted by the IPAB.

Facts leading up to the impugned order

The Appellant’s IN‘968 was granted on 25-09-2014 with claims 1-2.  The claims cover, amongst other compounds, a compound having an International Non-Proprietary Name (INN), IBRUTINIB[6] (IMBRUVICA ®), relating to irreversible Bruton Tyrosine Kinase (‘Btk’) Inhibitors that is useful for the treatment of disease associated with B-cell malignancies.

The Respondent No. 3 instituted post-grant opposition proceedings against IN’968 on 24-09-2015 on the grounds of lack of novelty, inventive step, sufficiency, for falling under the scope of Section 3(d) of the Act and also filed the evidence of Dr. CH. V. Ramana Rao, Head IP Management of the Respondent No. 3 in support thereof. Thereafter, the Appellant filed the reply to the post-grant opposition on 23-12-2015 along with the evidence of their independent expert, Dr. Alexander James Bridges. The Respondent No. 2 constituted the Opposition Board under Section 25(3)(b) of the Act and Rule 56 of the Rules and forwarded the documents to the said Board on 14-09-2017.  The Opposition Board evaluated the documents and evidence filed by both the parties under Rules 57 to 60 of the Rules and submitted their recommendation to Respondent No. 2 under Rule 56(4) of the Rules on 23-03-2017. The Board recommended that none of the grounds of the opposition was established and therefore recommended that IN’968 be maintained.

The Respondent No. 2 conducted the hearing on merits in the opposition on 22-11-2019 and thereafter vide impugned order dated 04-03-2020 held that the grounds of lack of novelty, lack of sufficient description and non-patentability under Section 3(d) of the Act are not maintainable. However, the Respondent No. 2 also held that IN’968 is liable to be revoked for lack of inventive step under Section 2(1)(ja) of the Act in the light of the cited prior art documents[7]. The Controller also adjudicated some preliminary issues raised by the Appellant, as follows:

In revoking IN’968 for lack of inventive step, the Respondent No.2 held as follows:

Based on the above reasoning and by relying upon the decision in Bishwanath Prasad Radhey Shyam v. Hindustan Metal Industries [AIR  1982 Supreme Court 1444], the Respondent No. 2 held that the cited documents clearly disclose or teach all the features of the claimed invention and the invention is merely a combination of known features, which does not give rise to an inventive technical advance. It was also held that for a person ordinarily skilled in the art, these are obvious modifications to make and if made, the said person could expect the compound coming out to have tyrosine kinase activity, especially against Lck and therefore, IN’968 lacks inventive step.

Arguments by the appellant and respondent no. 3

The Appellant mainly asserted the following against the impugned order:

The Respondent No. 3 mainly asserted the following in support of the impugned order:

The IPAB perused the relevant provisions pertaining to the post-grant opposition procedure under the Act and Rules and held that whatever evidence needs to be filed by either party, whether under Rules 57-59 of the Rules or Rule 60 of the Rules, it must be filed prior to the date of hearing as fixed under Rule 62 of the Rules. It is implied that after the date of hearing is fixed no evidence by either party is admissible as per the provisions of the Act and Rules made thereunder. The IPAB also held that the above applies irrespective of any adjournments of the hearing, that is, the relevant date of hearing for assessing admissibility of evidence is the date of first hearing. The IPAB also noted that the only limited exception to the above is under Rule 62(4) of the Rules which states that if either party intends to rely on any publication in the public domain at the hearing, which is not already mentioned in the notice, statement or evidence, then such a party shall give to the other party and to the Controller not less than five days' notice of his intention, together with details of such publication.

Applying the above-mentioned principles in the instant case, the IPAB held that the additional documents and evidence, albeit not in consonance with the provisions of the Act and Rules, were rightly considered by the Respondent No. 2 in the instant case as the same were allowed by the Delhi High Court in the writ proceedings. However, the IPAB noted that the lack of presence of all members of the Opposition Board during the hearing before the Respondent No. 2 and not sending the additional documents and evidence to the Opposition Board were violative of the provisions of the Act and Rules and the principles as laid down by the Delhi High Court. The IPAB also held that in the instant case when the Respondent No. 2 disagreed with the recommendations of the Opposition Board, he ought to have annotated the reasons for disagreement properly.

The IPAB considered the relevant statutory provisions, the relevant case law and explanation provided under the Patent Office Manual. The IPAB proceeded to adjudicate the issues pertaining to inventive step as follows:

The instant IPAB order provides some important pointers for inventive step assessment, especially for inventions in the pharmaceutical sector; such as the necessity to assess whether cited prior art documents are analogous in nature and the necessity to identify the motivation in the prior art for a person skilled in the art to undertake substitutions in prior art compound(s) without having knowledge of the claimed invention and taking into account any ‘teaching away’ in the prior art documents.

Although the tests for inventive step assessment were firmly established by the Division Bench of the Delhi High Court back in 2015 in Roche v. Cipla [2016 (65) PTC 1 (Del)], there was a dearth of practical pointers for the application of those tests to inventions in various fields of technology, thus making the assessment very subjective. Clearly, the task of providing such pointers can only be fulfilled by the IPAB which is uniquely equipped to adjudicate matters from both a legal and technical perspective. With the recent and robust functioning of the IPAB, more such orders can be expected and in relation to various fields of technology which may eliminate needless inconsistencies in Controller’s orders and ensure that the patentability assessment is consistent overall. 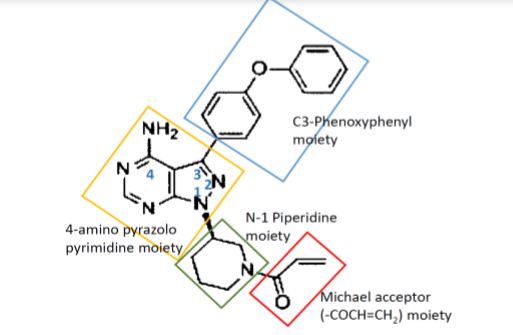