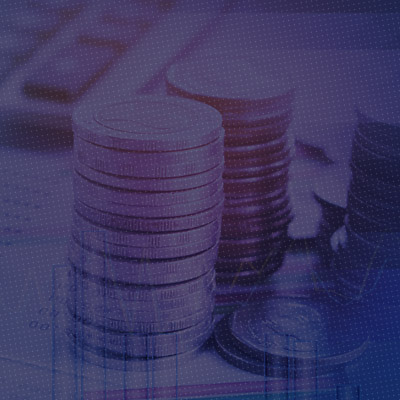 When GST was introduced in 2017, no assessee would have imagined the extent of litigation pertaining to transitioning of credit into GST three years down the line. Whether the time limit imposed on transitioning the credit into GST from the erstwhile regime is sacrosanct has now been decided by various High Courts and interestingly, not all of them have taken the same view.

Rule 117 of the Central Goods and Services Tax Rules, 2017 (‘Rules’), imposed certain conditions for transitioning the unutilized credit from the previous regime, including a time limit within which the form TRAN-1 is to be filed. Issues arose since assessees were not able to file the form within the prescribed time limit due to problems in the GST portal. The timeline was then extended by the Government acknowledging issues in the portal. After multiple extensions, the last date for filing the TRAN-1 was fixed as 27-12-2017. However, in many cases, there were still problems and credit could not be transitioned.

Since the issue could not be resolved even after repeated follow up with the department, the assessees were forced to approach the High Courts to redress their grievance. The assessees challenged the Rule imposing time limit as being merely directory in nature and contended that the unutilized credit of the previous regime, being a vested right, cannot be taken away merely because a procedural requirement of filing a form within the prescribed time limit was not fulfilled.

Recently, this issue came up before the Madras High Court in the case of P.R. Mani Electronics[4] (‘Petitioner’), wherein the Petitioner had also challenged the vires of Rule 117. The Madras HC held that the provision imposing time limit is intra vires the Act and mandatory in nature, like the Bombay High Court. This Article analyses this decision and certain aspects of the same.

Background of the issue

Section 140 of the Act deals with Transitional Credit and Rule 117 of the Rules imposes time limit for filing TRAN-1 form.

Section 140, as originally enacted, stated that Transitional Credit can be availed ‘in such manner as may be prescribed’. Assessees contended that this phrase excluded the power to impose time limits for transitioning the credit and consequently, Rule 117 is ultra vires Section 140 and is merely directory in nature.

Consequently, Section 140 was amended by Finance Act 2020, with retrospective effect from 01-07-2017, inserting the phrase ‘within such time’ thereby giving statutory power for enacting Rule 117 and with the intent to make the time limit mandatory in nature. Prior to this amendment, various High Court decisions, without dealing with the vires of Rule 117, had held the Rule imposing time limit to be merely directory and not mandatory, the most notable being the decision of the Delhi High Court in the case of Brand Equity. The Bombay High Court, on the other hand, in the case of Nelco was of the view that Rule 117 is within the ambit of the Act and held that the Transitional credit is to be availed within the prescribed time limit.

Subsequent to the amendment, the Delhi High Court again had an instance to examine the nature of Rule 117 in the case of SKH Sheet Metals Components[5]. The Court held the Rule to be directory in nature post amendment as well and fortified the findings of Brand Equity. Both decisions of the Delhi High Court held that the credit, which stood accrued and vested on 30-06-2017, was the property of the assessee and is a constitutional right under Article 300A of the Constitution.

The ruling by Madras HC explained

The Petitioner in this case had challenged the vires of Rule 117 and also contended that the time limit is only directory and not mandatory.

The Madras HC, relying upon the decision of the Supreme Court in the case of Jayam and Co.[6] held that the Transitional credit is merely a concession and not a vested right in the hands of the assessee. The Court held that prior to the amendment to Section 140, the power to enact Rule 117 is traceable to Section 164 which deals with the general power to make Rules. Post the amendment, the Rule is clearly traceable to Section 140 and thus, the distinction made in the case of SKH Sheet Metals Components was incorrect.

The Madras HC, thus agreed to the findings of the Bombay High Court in the case of Nelco and held that Rule 117 is intra vires Section 140 of the Act and that the time limit under Rule 117 is mandatory in nature.

Some unconsidered aspects in the decision

While the Madras HC has proceeded on similar lines as in the case of Nelco, the following aspects are however debatable:

In this regard, the Madras HC has specifically stated that this decision shall not affect dispensations granted by the Department to transition the credit, whether by allowing filing of TRAN-1 form or otherwise. This could be interpreted to cover both the existing Transitional claims as well as future claims for which dispensations may have been already been granted or could be granted in the future by the Department respectively.

Since different High Courts have taken different views on this issue we now examine their applicability from the assessee’s standpoint.

The Supreme Court, in the case of Valliamma Champaka Pillai[7], had held that the decision of one High Court is not binding on other High Courts and can at best have persuasive value. If the Jurisdictional High Court has not decided the issue, the assessees in that jurisdiction are in a neutral position, whereby the said High Court can take an independent decision. Thus, the situs of the assessee plays an important role.

The dispute on whether the time limit for filing TRAN-1 is sacrosanct is far from over. At present, this issue is sub judice with the Supreme Court staying the operation of the Delhi HC decision in Brand Equity.

As things stand, assessees in Maharashtra and Tamil Nadu are most affected both by COVID-19 and TRAN-1!

[The authors are Principal Associate and Associate, respectively, in GST practice at Lakshmikumaran & Sridharan, Chennai]