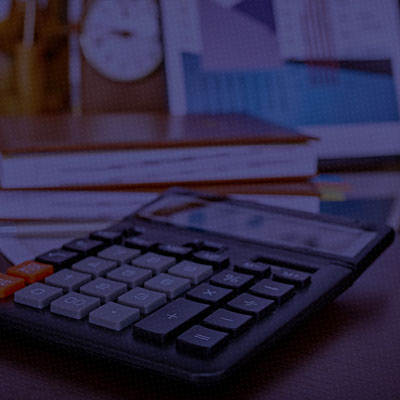 ‘Liable to Tax’: History and impact on Treaties

The DTAAs[1], as per ‘Article 1 – Personal Scope’, applies to those persons who are residents of either of the two country. Article 4 of the DTAA defines the term ‘resident of a contracting state’. Article 4(1) of the OECD Model Convention of 2017 inter-alia provides that the term ‘resident of a contracting state’ means any person under the laws of that state, is liable to tax therein by reason of his domicile, residence, place of management or any other criteria of similar nature. However, it is worth noting that the OECD Model Convention of 2017 does not define the term ‘liable to tax’.

In almost all the treaties, the determination of residency under Article 4(1) requires that the person to be ‘liable to tax’ in its country so as to claim protection from double taxation under the respective DTAAs. However, this term was neither defined under the DTAAs nor under the domestic income-tax law of India.

Klaus Vogel in his commentary on DTAAs says that ‘To the extent that an exemption is agreed to, its effect is in principle independent of both whether the Contracting State imposes a tax in the situation to which the exemption applies, and irrespective of whether the State actually levies the tax….Thus, it is said that the treaty prevents not only ‘current’ but also merely ‘potential’ double taxation…..only in exceptional cases, and only when expressly agreed to by the parties, is exemption in one of the Contracting States dependent upon whether the income or capital is taxable in the other Contracting State, or upon whether it is actually taxed there.’

In the Indian context, in order to determine whether a person is resident under Article 4(1), the Courts in India were faced to answer as to whether such person is ‘liable to tax’ in the other country. In absence of any definition, the Indian rulings[2] [except in [1999] 239 ITR 650 (AAR) & (2005) 276 ITR 306 (AAR)] have interpreted this term in manner that ‘liable to tax’ does not mean actual liability or payment of tax by a person in its country. It is sufficient if the country has sovereign powers to tax irrespective of actual exercise of such power. ‘Liable to tax’ cannot be equated with ‘subject to tax’. Thus, based on such an interpretation, the benefit of DTAAs have been extended even to those persons who were not paying any taxes in their home country. E.g. in the case of India-UAE DTAA, as it stood prior to amendment in 2007, it has been noted that even in the absence of any existing tax liability on the individuals residing in UAE, the sovereign of UAE has power to levy tax on income earned by persons residing there. The fact that UAE has not exercised its sovereign power to levy tax on individuals, cannot be a ground to say that an individual is not ‘liable to tax’ in UAE. Even a potential liability to pay tax in UAE, would amount to ‘liable to tax’. Based on this, benefit of India-UAE DTAA has been accorded to individuals.

The Finance Act, 2020 introduced the concept of ‘deemed residency’. Clause (1A) to Section 6 of the Income-tax Act, 1961 (‘Act’) was introduced. This clause provided that if an individual, who is a citizen of India, has income from Indian sources exceeding fifteen lakh rupees and such individual is not liable to tax in any other country or territory by reason of his domicile or residence or any other criteria of similar nature, then such an individual shall be treated as ‘deemed resident’ of India[3]. Though the concept of ‘deemed residency’ was dependent on ‘liable to tax’, the Finance Act, 2020 did not introduce any definition of this phrase.

Section 2(29A) of the Act now defines ‘liable to tax’ to mean existence of income-tax liability on the person under the laws of its country for the time being in force. The definition further expressly includes a person who has subsequently been exempted from such liability in that country. The first part of definition puts a condition of actual liability to income-tax liability. Thus, the fact that there is potential for the sovereign to levy tax in future, may no longer be sufficient to qualify as ‘liable to tax’. The second part of the definition recognises the principle laid down in Azadi Bachao Andolan [2003] 263 ITR 706 (SC)] that liable to tax does not necessarily mean actual payment of tax and expressly covers persons, who are exempted from payment of taxes, either conditionally or unconditionally.

Impact on interpretation of DTAA

The question which now arises is whether the definition of ‘liable to tax’ introduced under the Indian domestic law will have a bearing on determination of residency under DTAA [usually Article 4(1)].

One school of thought can be that definition of ‘liable to tax’ provided under Section 2(29A) of the Act can be read into Article 4(1) of the DTAAs. Support in this behalf would be drawn, firstly, from the intention of the legislature behind defining this term. Secondly, in the absence of any definition under the DTAAs, support would also be drawn from Article 3(2) of the DTAAs which provides that ‘any term not defined in this Agreement shall, unless the context otherwise requires, have the meaning which it has under the laws of that State from time to time in force relating to the taxes to which this Agreement applies.’ Thirdly, support can also be drawn from Explanation 4 to Section 90 of the Act which provides that any term not defined in the DTAAs, shall have the same meanings as assigned under the Act.

Another school of thought which is more logical is that to interpret any definition of domestic law into the treaty, it is necessary to look at the context in which the definition has been provided for under the domestic law. Before reading a domestic law definition into the treaty, Article 3(2) requires ‘contextual similarity’ by expressly stating ‘unless the context otherwise requires’. The context is determined in particular by the intention of the Contracting States when signing the DTAA as well as the meaning given to the term in question in the legislation of the other Contracting State.

An important principle which needs to be kept in mind in the interpretation of the provisions of an international treaty, including one for double taxation relief, is that treaties are negotiated and entered into at a political level and have several considerations as their bases. The main function of a DTAA should be seen in the context of aiding commercial relations between treaty partners and as being essentially a bargain between two treaty countries as to the division of tax revenues between them in respect of income falling to be taxed in both jurisdictions.[4] Article 31(1) of the Vienna Convention[5] also states that ‘A treaty shall be interpreted in good faith in accordance with the ordinary meaning given to the terms of the treaty in their context and in the light of its object and purpose’.

The definition provided in the Act envisages actual levy of income-tax under the laws of another country. As contrary to this, the term ‘liable to tax’, as generally understood, as employed under the DTAA, does not contemplate actual levy or payment of tax. It is sufficient if the Country has sovereign powers to tax irrespective of actual exercise of such power. This assumes more significance because most of the treaties under article ‘methods for elimination of double taxation’ (as this title is commonly used) allows credit for taxes paid in the foreign jurisdiction provided the income has been ‘subject to taxation’ therein. ‘Subject to taxation’ means that the person has actually paid the taxes in foreign jurisdiction. Thus, the treaty has used two different terminologies i.e. liable to tax vis-à-vis subject to tax, with reference to two different contexts.

Now, if the term ‘liable to tax’ under Article 4(1) is understood as it has been defined under Section 2(29A) of the Act i.e. under Indian Income-tax law, then it would amount to equating the two terms under the DTAA i.e. liable to tax vis-à-vis subject to tax. This cannot be the context of the treaty and understanding of the two Countries when the treaty would have been signed.

Therefore, the context of definition of liable to tax under Section 2(29A) of the Act is different than the use of this term under the DTAA and accordingly, this definition cannot be imported into treaty.

Based on the above discussion, the answer to the question as to whether this new definition of ‘liable to tax’ can be read into the DTAAs for determination of ‘residency’ appears to be ‘NO’. Thus, as long as a person produces a valid ‘tax residency certificate’ of a country with which India has a treaty, it can be argued that treaty benefit cannot be denied to such person even if the country in question does not levy any income-tax. Interestingly, this definition would not have any impact for treaties with countries like UAE, where residency is determined by reference to number of days in UAE and not based on liability to tax in UAE.

[The author is a Principal Associate in Direct Tax Team, Lakshmikumaran and Sridharan Attorneys, Mumbai]

[5] Vienna Convention on the Law of Treaties.