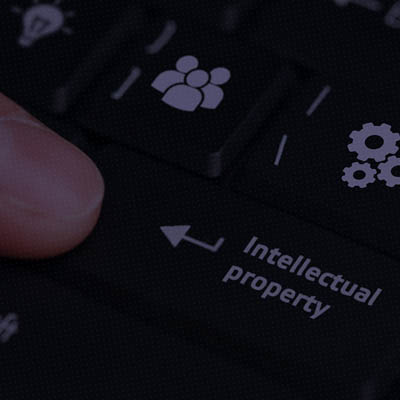 In the case of Ferid Allani v. Union of India and Ors., the Intellectual Property Appellate Board (‘IPAB’) set aside the refusal order of the Indian Patent Office (‘IPO’) and allowed the appellant’s patent application.

After juggling the matter between the Delhi High Court, the IPO, and the IPAB, primarily over the issue of patent eligibility of computer-related inventions under Section 3(k) of the Patents Act, the claimed invention was acknowledged as patentable in view of the ‘technical effect’ and the ‘technical contribution’ of said invention. The silver line is that the courts and tribunal in India are aligned to the jurisprudence developed in the US and the EU in granting patents to computer program enabled inventions. However, like in any other jurisdiction, some examiners or controllers may exercise narrow view of granting patents for such subject matter. A huge credit goes to the applicant for his conviction in the merits of the invention and his faith in the Indian judicial system. After many battles, including twice in the IPO, twice in the IPAB, and twice in the Delhi HC, the applicant finally won the war and got a well-deserved relief. The decision also confirms the view that Indian IP jurisprudence is still developing and that interference by the Courts is not avoidable in all circumstances.

The write-up below provides the facts of the case, the timeline, a summary of the second leg of proceedings at the Delhi HC, the IPO and the IPAB, and conclusions.

Facts of the case

The appellant, Ferid Allani, a citizen of Tunisia, filed the national phase patent application no. IN/PCT/2002/00705/DEL with the IPO. The application was titled ‘Method and Device for Accessing Information Sources and Services on the Web’. The IPO, after examining the application, issued a First Examination Report (FER) objecting the method claims for being directed to computer program per se under Section 3(k) of the Patents Act, 1970 and the device claims for lacking novelty and inventive step over the prior arts cited in the FER. The appellant responded to the FER along with claim amendments.

The IPO examined the appellant’s response and the claim amendments and issued a refusal order stating the claimed invention was still not novel and inventive and was directed to computer program per se under Section 3(k). The IPO pronounced the refusal order within 4 days from the date of filing of the response to FER, without giving a due opportunity to the appellant, through an oral hearing, to address the outstanding objections.

Facts associated with the first leg of judicial proceedings:

Subsequently, the IPO issued a hearing notice and upon hearing the appellant rejected the patent application concluding that method claims 1 to 8 were directed to computer program per se and were thus non-patentable under Section 3(k) and device claims 9 to 14 lacked novelty and inventive step.

The appellant then filed an appeal at the IPAB, against the IPO’s refusal order. However, the IPAB dismissed the appellant’s appeal and affirmed the decision of the IPO of refusing the patent application for lacking novelty and inventive step and for lacking ‘technical effect’ and ‘technical advancement’.

Facts associated with the second leg of judicial proceedings:

Aggrieved by the IPAB Order, the appellant filed a writ petition in Delhi HC. The Delhi HC disposed the petition and directed the IPO to re-examine the appellant’s patent application.

In response to the directions of the Delhi HC, the IPO scheduled a hearing and reviewed the oral submission made during the hearing and the written submissions filed post hearing and again refused the patent application on the ground that the claimed invention lacks novelty and that the invention as claimed in claims is a computer program per se, as provided under Section 3(k).

The appellant again challenged the IPO’s refusal order before the IPAB. Since the term of the patent was nearing its expiry (on 29 December 2020), the IPAB heard the appeal on urgent basis and pronounced the Order, directing the IPO to allow the appellant’s patent application.

The timeline of the case is illustrated below.

The appellant, in the writ, stated that the specification discloses a technical effect (for overcoming Section 3(k)) and a technical advancement (for establishing inventive step over the cited arts). The appellant relied on the examples of ‘technical effect’ recited in the Draft Guidelines for Examination of Computer Related Inventions, 2013 to assert that an invention which would allow the user more efficient data base search strategies, more economical use of memory or higher speed, etc., would constitute ‘technical effect’ and thus the rejection of the patent is not in accordance with law.

During the proceedings, the following was stated to reiterate the well settled legal position in respect of patent eligibility of computer-related inventions in India and abroad:

In light of the above, the HC remanded the matter back to the IPO and directed the IPO to re-examine the claims in accordance with the judicial precedents and settled practices of patent offices (across globe), including the Guidelines for Examination of Computer Related Inventions, 2017.

In the refusal order, the Controller referred to plethora of the EU and the UK case law[1] and established that there is an inconsistency in the stands and tests for patentability of computer-related inventions across the UK and the EU (as indicated by Symbian). The Controller also quoted portions of HTC Europe Co Ltd v. Apple Inc. that states ‘technical effect’ and ‘technical contribution’ appear to be synonymous and the ‘technical contribution’ test is a singularly unhelpful test for determine patent eligibility because the interaction between hardware and software in a computer is inherently ‘technical’ in the ordinary sense of the word.

The Controller went on to state that while the four-step test laid down in Aerotel is still relevant, each case must be determined by reference to its own facts and features (as stated in Symbian).

In his assessment, in respect of the novelty and inventive step issues, the Controller stated that the objective of the claimed invention is the same as that of the closest prior art D1 (EP0847019A1) and the claimed subject matter has no technical difference with respect to D1.

With respect to the assessment for computer program per se under Section 3(k), the Controller was quite bold to state: (a) D1 has a technical advancement over the claimed invention; and (b) the claimed invention negates the disadvantages associated with the general concept of searching on the web. He recited the following excerpts from Aerotel:

This approach – sometimes called the ‘contribution approach’ though the word ‘contribution’ is not always used in this debate with precisely the same meaning - requires one to ask: what has been added to what is old? If all that has been added is an excluded category (in that case a computer program) then the claim is to the excluded matter as such. Inherent in the approach is an inquiry as to what actually is old.

In our opinion, therefore, the court must approach the categories without bias in favour of or against exclusion. All that is clear is that there was a positive intention and policy to exclude the categories concerned from being regarded as patentable inventions. We must simply try to make sense of them using the language of the Convention.

Based on the above excerpts, the Controller asserted that the technicality and structuring of queries for web-based search pertains the field of computer programming and therefore the question of technical contribution doesn’t arise, and no other approach could be taken for consideration in view of the legislative intent, behind European Patent Convention.

The IPAB heard the counsel of the appellant and showed their surprise that the respondent did not counter or made an appearance during the proceedings before the IPAB.

The IPAB, in the order, stated that the Controller at the IPO erred in his assessment at multiple levels, namely:

The IPAB went on to state that the Controller, though had cited Astron Clinica Ltd. v. Comptroller General, 2008, R.P.C. in the refusal order, but failed to rely on its guidance on the aspect of ‘technical contribution’ that in the case of a computer related invention which produces a substantive technical contribution, the application of step (ii) (of the four-step test of Aerotel) will identify that contribution and the application of step (iii) (of the four-step test of Aerotel) will lead to the answer that it does not fall wholly within the excluded matter.

[The author is a Joint Director in IPR Team at Lakshmikumaran & Sridharan Attorneys, New Delhi]