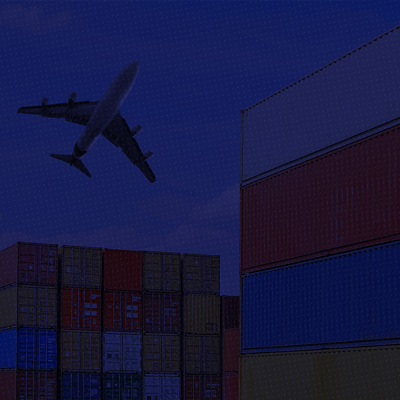 The objective of anti-dumping duty is to curb the ill effects of dumped imports on the domestic producers in the importing country. Under the WTO regime, each country is allowed to impose anti-dumping measures on dumped products to provide a level-playing field to domestic manufacturers vis-a-vis foreign producers and exporters.

This article is intended to provide a brief overview of the legal framework in India and trend of non-imposition of anti-dumping duty in certain cases.

Framework for imposition of anti-dumping duties in India

Anti-dumping investigations in India are conducted by the Directorate General of Trade Remedies (‘DGTR’), which is a quasi-judicial body functioning under the Ministry of Commerce and Industry. The DGTR conducts anti-dumping investigations by following a prescribed quasi-judicial procedure to determine whether there is dumping, injury to the domestic industry, and causal link between dumping and injury.

The relevant legal provisions empowering the DGTR to undertake anti-dumping investigations are contained in, inter-alia, the Customs Tariff (Identification, Assessment and Collection of Anti-dumping Duty on Dumped Articles and for Determination of Injury) Rules, 1995 (‘AD Rules’). However, the findings issued by the DGTR in the investigation is only in the nature of a recommendation. This is evident from the language in Rule 17(1) of the AD Rules, which empowers the DGTR to make a ‘recommendation’.

After the findings are issued, they are forwarded to the Ministry of Finance (‘MOF’), which is the nodal authority for imposing anti-dumping measures in India under the AD Rules and the Customs Tariff Act, 1975. After the findings have been issued by the DGTR, it is the MOF which has the discretion to determine to impose anti-dumping duty or not. However, such discretion must be exercised within three months from the date of the publication of the findings by the DGTR. This emerges from Rule 18(1) of AD Rules, which states:

The use of the term ‘may’ in Rule 18 (1) of AD Rules indicates that the final findings of the DGTR are not binding on the Central Government.

The above provisions of law clearly indicate that the final findings issued by the DGTR are purely recommendatory in nature and come into force only after acceptance thereof and issuance of gazette notification imposing the levy within three months from the date of publication of the final findings in the gazette by DGTR.

Jurisprudence regarding discretionary power of Ministry of Finance

The discretionary power of the MOF in imposing anti-dumping duty has been examined in various decisions. The Delhi High Court in Eveready Industries India Ltd. v. Union of India[1] observed that the use of the word ‘may’ and not ‘shall’, in both the Customs Tariff Act as well as the AD Rules, sufficiently evidences the legislature’s intention to allow the Central Government to disagree with the DGTR’s recommendation.

In the matter of Alembic Ltd. v. Union of India[2], the Gujarat High Court in para 35 of the judgment observed that:

“task of DA is limited of ascertainment of various factors such as factum of dumping if at all, ascertainment of extent of dumping, injury to the domestic market and amount of dumping duty in his opinion would eliminate injury. These are issues which necessarily would be governed by material that may be brought on record and ascertainment of relevant factors on basis of facts presented. Designated Authority while examining these issues would not be involved in ascertaining other consequences of imposition or otherwise of Anti-dumping duty. It is necessarily the task of the Central Government to ascertain such factors and to come to conclusion whether despite such recommendations, Anti-dumping duty should be imposed or not”.

From the above it is clear that there are separate roles that the DGTR and the MOF perform in deciding whether to impose anti-dumping duty. In fact, the Delhi High Court in Deepak Fertilizers v. Designated Authority has clarified that, as per the AD Rules, the DGTR only assists the Central Government in making its determination.

Interestingly, except for Dimethyl Formamide and Choline Chloride, most of these products are used as inputs either in industrial application or textile manufacturing. Also, no discernible trend is evident in favour of any particular country.

Anti-dumping investigations often pit domestic producers against users. Users and other interested parties most often argue that the imposition of anti-dumping duty would be against the public/general interests of the users and other stakeholders, depending on the nature of the subject goods and the industry concerned. However, it has been the standard practice of the DGTR to note these arguments rather than accord serious consideration on the reasoning inter alia that purpose of any anti-dumping measure is to merely correct the unfair trade and users are still free to import the goods at fair (un-dumped /non-injurious) prices. Notwithstanding, the MOF has intervened whenever it has thought necessary by not accepting positive recommendations.

The recent cases show that the MOF has been playing a more active role in exercising its discretion in deciding whether to impose anti-dumping duty. Wherever MOF decides not to implement a recommendation of DGTR towards imposing anti-dumping duty, it is understood that MOF sends a communication to this effect to the DGTR. What is most important is that in some of the recent cases of the non-implementation of positive findings, the DGTR has also been uploading the relevant Office Memorandum issued by the MOF onto the relevant investigation page of the DGTR website. Though the MOF clearly indicates its decision not to implement the findings through such Office Memoranda, it generally does not indicate the reasons for such non-implementation. Nonetheless, the public availability of such Office Memoranda is a welcome step towards transparency.