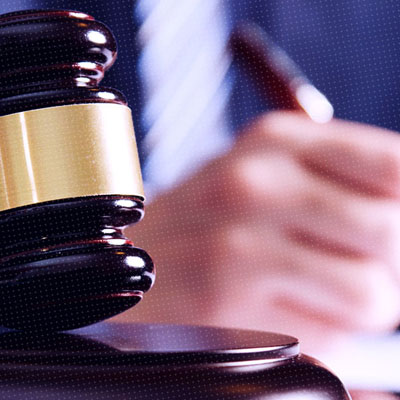 A Trade remedial investigation is undertaken to remedy the practice of unfair trade by foreign exporters which is causing an injury to the domestic producers in the importing country. The investigation takes the form of an Anti-Dumping Duty (‘AD’) proceeding or a Countervailing Duty (‘CVD’) proceeding culminating into an imposition of AD duty or CVD on import of subject goods from the subject country. It involves a two-tier procedure; the first tier involves a detailed investigation by a specialized wing under the Ministry of Commerce viz. the Director General of Trade Remedies (‘DGTR’) which issues a final determination or recommendation to impose AD / CVD and the second tier involves the imposition of duty by the Ministry of Finance (‘MoF’/ ‘Government’) by issuing a customs notification in the official gazette based on the said recommendations. Recently the High Court of Gujarat (‘Court’/ ‘High Court’), in Real Strips v. Union of India[1] had an occasion to decide the nature of powers exercised by the MoF in deciding the imposition of CVD. This article critically analysis the judgement of the High Court in the light of recent controversy surrounding the issue.

The levy of CVD, in the Indian domestic regime, is governed by the provisions of the Customs Act, 1975 (‘CT Act’) and the Customs Tariff (Identification, Assessment and Collection of Countervailing Duty on Subsidized Articles and for Determination of Injury) Rules, 1995 (‘CVD Rules’). The nature of powers of DGTR in issuing a final determination and that of MoF in deciding the levy has been part of intense discourse of late. The Central Excise and Service Tax Appellate Tribunal (‘CESTAT’/ ‘Tribunal’) in Jubilant Ingrevia v. Designated Authority[2] and another batch of matters reported as Apcotex v. UOI[3] has held that both the powers of determination and levy of duties are quasi-judicial and appealable. The UOI has challenged these decisions in the Delhi High Court where the challenge is currently pending.

In the Real Strips case supra, the MoF had imposed a definitive CVD in Sep 2017 for a five-year period on the imports of the Cold Rolled Stainless Steel Strips/Coils (CRSS) from China on the recommendations of the DGTR. By a notification dated 1 February 2022 (‘Impugned Notification’), the CVD came to be rescinded while the sunset review of the said CVD for another five years period was ongoing with the DGTR. The domestic producer of CRSS had inter alia challenged the powers of MoF to rescind the CVD without receiving the recommendations of DGTR.

The Gujarat High Court held that the decision of MoF to revoke the CVD is a quasi-judicial function. While the Government argued that it has sovereign powers to impose and revoke a tax or duty and the revocation in the said case was in exercise of its legislative powers under Section 9(6) of the CT Act, the Court repelled the Government’s argument. The Court held that that the phrase ‘unless revoked earlier’ used in Section 9(6) of the CT Act cannot be viewed to be empowering the Government to revoke the CVD without any recommendations by the DGTR. The procedure including making of inquiry of ascertaining the aspects of injury to the domestic industry by DGTR was read into Section 9(6) by the Court before the Government could exercise its powers of revocation. In holding so, the High Court relied upon the judgement of PTC India Ltd. v. Central Electricity Regulatory Commission[4] (‘PTC’) to rule that when an Act provides for an appeal remedy against the decisions of a body, the power of such a body, although seeming to be of legislative nature, shall be a quasi-judicial function.

The High Court has rekindled the debate on the nature of the function of the Central Government while deciding upon the imposition of CVD. It must be noted that the Court relied upon Section 9C of the CT Act which is a common appeal provision to challenge the ‘Order of determination’ issued in AD and CVD cases.

We must now see the present dispute in line with the AD and CVD laws and rules in India. These laws, as a matter of international obligation, arise out of Article VI of the General Agreement on Trade and Tariff (‘GATT’) and their respective multilateral agreements which India has entered at international forum. The WTO mandates its member countries to bring their domestic law in compliance with these international obligations. One such mandate is to establish a judicial forum for review of the determinations issued in AD and CVD matters by a member country. This flows from Article 13 and Article 26 of the Anti-dumping Agreement and the Subsidies and Countervailing Measures Agreement, respectively. Hence, the provision for appeal in Section 9C of the CT Act is to ensure compliance with India’s international obligations.

At this juncture, we must analyze the issue at hand on two metrics. Firstly, for the purposes of review provision in Section 9C, what is the interpretation of the term ‘Order of determination’? and secondly, whether the presence of a provision for appeal in Section 9C against such order of determination would make the levy of duty by the Government a quasi-judicial act?

What is an ‘Order of Determination’ in Section 9C of the CT Act?

The two-tier structure in the process of levy of AD duty / CVD, as discussed at the outset, involves a determination by the DGTR and the final levy by the Government through a notification. A look at the CVD Rules would instantly reveal that the term ‘determination’ is used at several places in the context of determinations made by the DGTR in the investigation process. The use of words ‘order of determination …in respect of the existence, degree and effect of any subsidy...’ used in Section 9C also finds mention in Rule 7 of the CVD Rules as DGTR will ‘initiate investigation to determine the existence, degree and effect of any alleged subsidization of any article’. Hence, seen contextually, the challenge under Section 9C is to the Order of determination issued by the DGTR. It may be remembered that to make the appeal remedy effective, a challenge is also simultaneously made to the customs notification issued by the Government.

Further clarity can be sought through the Paper on Article 13 submitted by India to the WTO’s Committee on Anti-Dumping Practices Working Group on Implementation[5], where India recognises that Section 9C is a provision to appeal the administrative act of investigation by the DGTR (Designated Authority). The following was noted by the Government:

‘In terms of Sec 9C of India's Customs Tariff Act, 1975 as amended, appeals against the decisions of the Designated Authority (of determination and review thereof) regarding the existence, degree and effect of any dumping of an article, lies with the Customs, Excise and Service Tax Appellate Tribunal (CESTAT) in the first instance………Only the final findings and reviews thereof, and the notification of the Department of Revenue imposing definitive duties can be challenged by any interested party’

Existence of a provision to appeal:

We must now move to the second limb of the deliberation. It must be seen that the High Court relied on the PTC judgement and held that a presence of appeal provision in Section 9C is an indicator that the decision to impose duties by Government is a quasi-judicial function. The High Court compared Section 111 of the Electricity Act, 2003 with Section 9C of the CT Act to hold that the appeal provision would make the levy of AD duty a quasi-judicial act.

It can be argued that while the Electricity Act provides for a general right of appeal against the Commission’s order much like Section 129A of the Customs Act, 1962 which provides for an appeal against an ‘order or decision’, the latter warrants a more specific challenge to an ‘order of determination’. It may be argued that Section 111 of the Electricity Act, in its construction, is closer to Section 129A as opposed to Section 9C, which is a specific challenge to an ‘order of determination’. The Supreme Court in the PTC judgement had also clarified that its findings shall not be construed as a general principle of law applicable to other enactments and Tribunals.

In sum, it can be argued that the term ‘Order of determination’ used in Section 9C of the CT Act is in the context of determinations issued by the DGTR and a challenge to the Customs notification levying AD duty / CVD is only to effectuate the appellate remedy available under Section 9C. Viewed with this lens, it can be argued that the function of Central Government to levy or revoke the AD duty / CVD is a legislative act pursuant to a quasi-judicial determination by the DGTR. It is also instrumental to note the Supreme Court in Haridas Exports v. All India Float Glass MFRS. Association[6] held that the levy of AD duty is a legislative act. The Delhi High Court in Jindal Poly Film Ltd. v. Designated Authority[7]expressed a similar view.

For now, the Gujarat High Court has held that the function of Central Government to levy or revoke the CVD is quasi-judicial. Considering the contrary arguments and judgements cited above, this issue is far from settled. Although at present, all eyes are on the Delhi High Court which is seized of this issue, an authoritative ruling by the Supreme Court would be the most instrumental step towards resolution of the present discourse. It would be interesting to see subsequent litigations exhaustively deliberate upon multiple facets of the discourse and finally settle the debate.

[The author is an Associate in WTO and International Trade Division in Lakshmikumaran & Sridharan Attorneys, New Delhi]