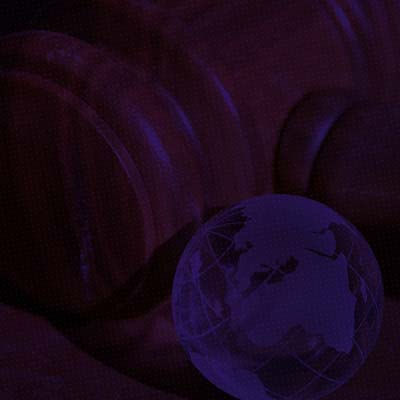 The European Union (‘EU’ or ‘Union’), like India, follows a lesser duty rule in case of anti-dumping investigations as is ‘desirable’ by the WTO’s Anti-Dumping Agreement. As per this rule, the amount of anti-dumping duty on imports should either be the margin of dumping or margin of injury, whichever is lesser. Article 9.1 of the Anti-Dumping Agreement states as under:

“9.1 The decision whether or not to impose an anti-dumping duty in cases where all requirements for the imposition have been fulfilled, and the decision whether the amount of the anti-dumping duty to be imposed shall be the full margin of dumping or less, are decisions to be made by the authorities of the importing Member. It is desirable that the imposition be permissive in the territory of all Members, and that the duty be less than the margin if such lesser duty would be adequate to remove the injury to the domestic industry.”

Article 9.3 of the Anti-Dumping Agreement further states that the anti-dumping duty shall not exceed the margin of dumping. There were no exceptions to the application of the lesser duty rule prior to 30-05-2018.[1] However, point 2a was inserted in Article 7 of the EU Regulation 2016/1036 of 08-06-2016 (‘the Basic Anti-dumping Regulation’), which provides that:

“2a. When examining whether a duty lower than the margin of dumping would be sufficient to remove injury, the Commission shall take into account whether there are distortions on raw materials with regard to the product concerned.

For the purpose of this Regulation, a single raw material, whether unprocessed or processed, including energy, for which a distortion is found, must account for not less than 17% of the cost of production of the product concerned. For the purpose of this calculation, an undistorted price of the raw material as established in representative international markets shall be used.”

In Mixtures of urea and ammonium nitrate originating in Russia, Trinidad and Tobago and the United States of America[4], the complainant alleged raw material distortions of gas in Russia accounting for more than 17% of the cost of production of the product under investigation. The European Commission (‘Commission’) concluded that the natural gas market in Russia is distorted because of the following reasons:

As there was the existence of export tax, dual pricing, licensing requirements as well as qualified exporter list and a single raw material i.e. natural gas accounted for more than 17% of the cost of production of the product concerned, the Commission found that the requirements of Article 7(2a) were met.

Thus, the cost of raw material was replaced with the Waidhaus price - the price of exported Russian gas at the German/Czech border, which was considered as an appropriate benchmark by the Commission to calculate the normal value. This price was duly adjusted to ex works-level of the Russian producers. The transport costs from the Union border to the Russian gas supplier were based upon estimates. However, the transport costs in Russia from the Russian gas supplier to the exporting producers in Russia and other additional charges were based upon the actual figures provided by the exporting producers.

With regarding to the Union interest test as enshrined in Article 7(2b) of the Basic Anti-Dumping Regulation, the Commission found that Russia has a spare capacity which can be used to increase exports to the EU, Russian producers have an unfair advantage vis-à-vis the EU producers with regard to the natural gas due to the regulation in the Russian market and the measures would not negatively affect the supply chain in Europe of the product concerned.

Therefore, the Commission concluded that a duty lower than the margin of dumping would not be sufficient to remove injury to the EU industry and imposed measures at the level of the dumping margin in respect of Russia.

In Hot rolled stainless steel sheets and coils from Indonesia, Taiwan and China[5], the requirements of Article 7(2a) were met against Indonesia and China, however, the lesser duty rule was still applied as it was not in the Union’s interest to impose the duty equivalent to the dumping margin because of the negative effect it would have had on the supply chains for the EU companies and in particular on users.[6]

The EU practice shows that application of the lesser duty rule is the norm in anti-dumping investigations and suspension of lesser duty rule, which was introduced in June 2018, an exception. Stringent conditions attached to the application of Article 7(2a) makes it difficult for the EU industry to request for suspension of lesser duty rule even in case of imports from China where substantial information and evidence is available to establish ‘significant distortions’ under Article 2(6a) of the Basic Anti-Dumping Regulation and reject domestic costs and prices of the producers/exporters.

[The author is an Associate in International Trade Practice, Lakshmikumaran & Sridharan, New Delhi]

[3] Article 7(2b) of the Basic Anti-Dumping Regulation.

[4] Commission Implementing Regulation (EU) 2019/1688 of 8 October 2019 imposing a definitive anti-dumping duty and definitively collecting the provisional duty imposed on imports of mixtures of urea and ammonium nitrate originating in Russia, Trinidad and Tobago and the United States of America (OJ L 258, 9.10.2019, p. 21).

[6] See Implementation of Significant Distortions Methodology by EU in original anti-dumping investigations – Who’s next after China?, available at: https://lakshmisri.com/insights/articles/implementation-of-sdm-by-eu-in-original-add-investigations-who-s-next-after-china/