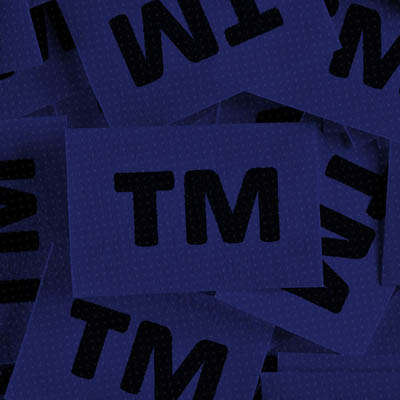 This case Sparx Group Co. Ltd. v. Senior Examiner of Trade Marks[1] provides a definitive interpretation and application of the law with respect to the precedence of prior use and market recognition of a trademark when objected on relative grounds of refusal under Section 11 of the Trade Marks Act, 1999 (‘Act’).

Sparx Group (‘Appellant’) is a well-known, Japan-based investment advisory company, which was registered in 1989 as ‘Sparx Asset Management Co. Ltd.’ in Tokyo, Japan. The Appellant filed an application on 23 February 2015, vide Application No. 2908566 with the Indian Trade Marks Registry, for the registration of the trademark, ‘SPARX’ (word mark) (‘impugned trademark’) under Class 36 in respect of ‘mutual funds, investment advisory and asset and fund management services’ on a proposed to be used basis.

Pursuant to a hearing on 27 February 2019 and two subsequent hearings thereafter, and the Appellant’s submission of a user affidavit and supporting documents indicating the use of the impugned trademark since 1989, the Respondent vide an Order dated 3 October 2019 refused the registration of the impugned trademark. The Respondent ruled that it was objectionable under Sections 11(1)(a) and 11(1)(b), but did not provide any detailed reasons for the same, barring the following:

Thus, the Appellant preferred an appeal to the Intellectual Property Appellate Board (‘IPAB’) under Section 91 of the Act against the impugned order dated October 3, 2019.

The Appellant submitted that it had been using impugned trademark continuously and uninterruptedly since 1989, and was registered in various jurisdictions around the world including Japan, Australia, European Union, Singapore, and the United States. The impugned trademark, ‘SPARX’ had acquired distinctiveness and had come to be exclusively associated with the Appellant and its services.

The Appellant’s use of the impugned trademark was further substantiated by extensive documentation filed along with its user affidavit. Despite the submission of the trademark application on a proposed to be used basis, the IPAB found that the Respondent erred by disregarding the Appellant’s significant prior rights over the mark, adoption and use, since 1989, across the globe.

Further, the IPAB noted that the Respondent had incorrectly stated that the material available on record was insufficient and it failed to appropriately apply the ‘first in the world market’ principle, which had been upheld by several courts in the country including the Supreme Court of India in Milment Oftho Industries v. Allergan Inc.,[6] and also disregarded the trans-border reputation associated with the mark owing to its prolific usage.

In this regard, the IPAB also held that no other entity had used the distinctive trademark ‘SPARX’ in relation to its services under Class 36; the question of ‘honest and concurrent use’ under Section 12 of the Act did not arise as there was no identical mark registered or used by any other entity. The rival marks mentioned by the Respondent were clearly distinguishable and disparate from the impugned trademark, and there was no likelihood of confusion or overlap of services.

The Respondent failed to take into account the dissimilar services of the rival marks; the Supreme Court in Nandini Deluxe v. Karnataka Cooperative Milk Producers Federation.,[7] held that registration of similar marks was permissible if the goods or services were disparate, even if they fell within the same class. Thus, the IPAB found the Section 11 objections to be inapplicable to the Appellant.

Lastly, the IPAB found that the Respondent had incorrectly applied the law laid down in Toyota Jidosha Kabushiki Kaisa v. Prius Auto Industries Ltd.;[8] the marks in the Toyota case were identical, unlike in the present case, and the court did not imply disregarding the ‘first in  world market’ principle and the goodwill and reputation of a trademark.

The grounds of objection and refusal of the Appellant’s trademark were found to be inapplicable and the IPAB set aside the order passed by the Respondent, allowed the appeal, and directed the Appellant’s mark to proceed to registration.

This case reiterated the well-established principle of the precedence of prior use and goodwill of a trademark over prior registration, whilst also emphasising that the Trade Mark Act, in select circumstances, provides for registration of similar/identical marks if the services/goods offered are distinct and do not confuse the consumers. The case rightly highlights the real purpose of a trademark which is to uniquely identify and distinguish a brand’s identity and to avoid consumer confusion.