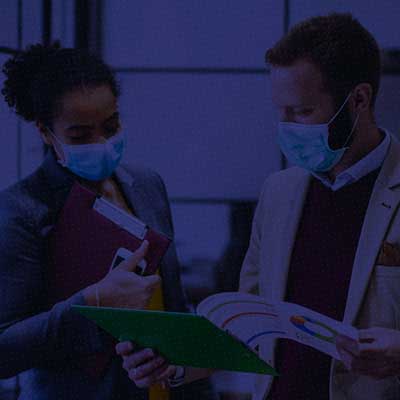 Travel restrictions due to Covid19 has resulted in employees temporarily working remotely from a different country other than their regular work location. In this regard, naturally a situation arose to understand whether an individual and the employer will be subjected to different social security obligations under scenarios where provision of services is provided remotely form home country. This article primarily deals with social security obligations under Indian law.

The International Labour Organisation defines “Social Security” as the protection that a society provides to individuals and households to ensure access to health care and to guarantee income security, particularly in cases of old age, unemployment, sickness, invalidity, work injury, maternity or loss of a breadwinner. With the rapid globalization in the last two decades, employee secondments to foreign locations on short term assignments have become a common phenomenon. Often employees on secondments to a foreign country (host country) are required to comply with social security obligations of the host country but are unable to claim corresponding benefits due to non-fulfillment of minimum residence or contribution criteria.

To overcome the aforesaid issue, Indian government has entered into 20 social security agreements (SSAs) with 19 countries, of which are 18 currently operational. SSAs in India have been evolved from 2008 onwards with first SSA coming into force with Belgium in 2009. Prior to 2008, there were bilateral economic partnership agreement (such as comprehensive economic co-operation agreement with Singapore) under which social security benefits are covered.

The SSAs are reciprocal agreements and are primarily aimed at providing employees an option to contribute in their home country while still working in a foreign location on short term assignments. SSAs primarily deal with the following concepts:

However, not all the aforesaid concepts form part of every SSA and each SSA needs to be examined separately to understand the available benefits. To claim benefits under the SSA, a Certificate of Coverage (CoC) or detachment certificate is to be obtained by the employee from the home country and submit the same to the host country. In India, Employees Provident Fund Organisation (EPFO) acts as the nodal agency for issuance of CoC or detachment certificates. The benefits under SSA can be availed for short term assignments ranging for a maximum of 4-6 years.

India has SSAs with the following countries:

Of the above, currently SSAs with Canada (for the province of Quebec) and Brazil are not operational. As per various news reports, the Indian government negotiations with China, Russia, South Africa, Thailand, Mexico, Peru, Cyprus, USA are in various stages.

Till the year 2008, EPF 1952 and EPS 1995 did not deal with the status of International Workers (IWs). The Government of India, vide its notifications dated 1st October 2008 has introduced Para 83 to the EPFS 1952 and Para 43-A to the EPS 1995 creating special provisions in respect of IWs.

Accordingly, an IW is defined as:

An “excluded employee“ in relation to a IW is defined as an:

An IW who is not an excluded employee, is required to contribute and comply with EPFS 1952, EPS 1995 and other related contributions in India without claiming any exemption and without any upper wage limit. To note, the upper wage limit under EPFS 1952 for Indian employees is INR 15,000 per month.

Similarly, foreign nationals working in India on temporary basis and hailing from countries with which India has entered into bilateral comprehensive economic agreement (CEA) prior to 1st October 2008 containing a clause on social security (example: Singapore) are also exempt from contributing in India.[1]

Payment of social security obligations forms an important component in any employee salary structure. Such social security obligations can have a significant additional financial burden if not carefully evaluated while seconding employees on foreign assignments. Countries like Belgium, Germany, France, Luxemburg, and Denmark with which India has SSAs have clarified that the work from home scenarios arising out of Covid19 won’t be considered for determining the eligibility of payment of social security obligations. [2],[3] Therefore, the Indian employees who are normally located in these countries but are now temporarily working from India won’t be impacted. Indian employees who are normally seconded to a foreign country with no SSA are required to comply with requirements issued by respective authorities in those countries.

Working for an establishment in India is the determining criteria for a foreign national to qualify as an IW or as an excluded employee. In the absence of any clarification from EPFO there exists an ambiguity at this point on the status of such foreign workers who are currently working remotely from their country of home country. However, it is expected that Indian EPF authorities will also take similar stand taken by their European counter parts on determining eligibility for payment of social security obligations in scenarios arising out of Covid19.

[The author is an Associate in Corporate Advisory practice of Lakshmikumaran & Sridharan, Hyderabad]