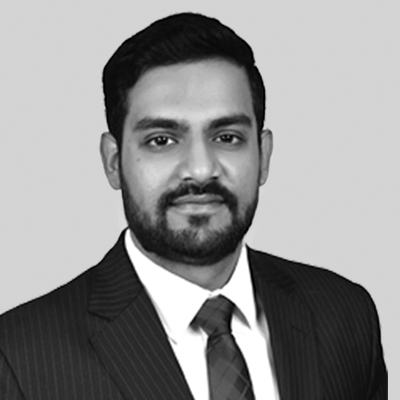 Anush has vast experience in handling litigious matters both before courts of first instance and appellate courts, and arbitrations. He has represented several clients in infrastructure, renewable energy and power sectors in defending and enforcing their rights in arbitrations and in litigation before various courts and tribunals across India.

He has also represented private clients and corporations in defending charges and provisional attachments in white collar crimes. His recent representations include defending clients in the 2G spectrum trial before the trial court and the Supreme Court, and assisting banks in protecting their security interest in corruption cases under the Prevention of Money Laundering Act, 2002.