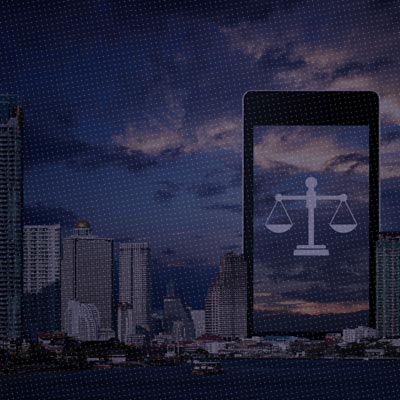 Big-tech giants such as Google, Amazon, Apple and Facebook have been under constant scrutiny of antitrust regulators globally. Access to large amounts of data and lack of genuine competitor(s) due to the scale-favoring nature of the digital markets, these companies operate in a unique position. For instance, in the case of Google, it is undisputable that the various Google products and tools have revolutionized access, connectivity and ease of conducting business in the digital -era. However, it is no secret that the business practices of Google have their own vices and scholars and authorities alike are in agreement that the time has come for a scrutiny to ensure that the big do not become bad.

Taking Google as a case in point, only recently, the United States Department of Justice (“DOJ”) has filed an antitrust suit against Google[1] alleging that the company has used its dominance in the mobile operating systems market combined with several exclusionary agreements with mobile manufacturers to retain its monopoly in general search market. This latest suit contains echoes of the contentions raised in the cases against the search giant by the EU Commission[2] and before the Competition Commission of India[3] (“CCI”). This isn’t the only practice that Google has been criticized for. The EU Commission[4] and the United Kingdom’s (“UK”) Competition and Markets Authority[5] (“CMA”) have also raised concerns about Google’s dominance in the online search advertising intermediation market, and its practices, which have created barriers to entry for its competitors. In India, the CCI has initiated proceedings against Google quite a few times in the past, most recently on the allegation that Google has been using its dominance in the app store market to make its payment app, ‘Google Pay’ more prominent.[6]

Google is only an example; antitrust regulators are equally keen on investigating practices by other major tech companies for antitrust violations and several of them are already underway across jurisdictions. Besides Google, in India, the CCI is currently investigating Amazon, Flipkart, Ola, Uber, Makemytrip etc., in the US and EU Amazon and Facebook facing prosecution. There is also consensus among jurisdictions that the existing antitrust framework may not be sufficient for addressing the various competition and privacy challenges arising from the conduct of these companies. As a result, different jurisdictions have been working on amending their current laws and implementing new ones to deal with the issues emanating from the practices of the giants of the digital markets. In this article, we discuss the major legislative and policy developments being proposed in India, US, EU and UK.

In India, the Ministry of Corporate Affairs (“MCA”) had set up a Competition Law Review Committee (“CLRC”) to recommend amendments to the Competition Act, 2002 (“Act”). The CLRC submitted its report late last year.[7] The report dedicated a chapter to analyzing that capabilities of the current Act to deal with digital markets. The CLRC noted the important of data in the digital markets and observed that the current definition of price under Section 2(o) of the Act is wide enough to include non-monetary considerations like data in it[8], and Section 19(4) of the Act provides enough flexibility to the CCI to consider an enterprise’s control over data as a factor for its dominance.[9] The CLRC recommended that in order to deal with digital markets it may be beneficial to look into other thresholds beyond the existing assets and turnover thresholds in India, and that a ‘size of transaction’ or ‘deal value’ threshold could be introduced in the merger control framework of the Act.[10] Consequently, the Draft Competition (Amendment) Bill, 2020[11] (“2020 Bill”) proposes to empower the CCI and the Central Government to add novel factors to the criteria for assessing the appreciable adverse effect on competition as well as the relevant markets under Section 19. It also makes a recommendation regarding adding a proviso after Section 5(c) of the Act, empowering the CCI and the Central Government to notify new thresholds for merger notification. These amendments have been left open-ended to allow the creation of sector/market specific criteria (for behavioral offences) and thresholds (for merger notification) which will also capture digital markets.

Another shift in policy that might ensure better regulation of digital markets comes with the Personal Data Protection Bill, 2019[12] (“PDP Bill”). Under Section 19 of the PDP Bill the data principal (the person to whom the data relates to) has the right to data portability i.e., to have their data transferred from one data fiduciary to another data fiduciary. This would also include the data generated in the course of provision of services or use of goods by the former data fiduciary. This shall allow the data collected and used by giants like Google to be interoperable and be used by competitors offering similar services in the event that a user chooses to move away from Google to a competitor. Considering the importance of data and it being a major barrier to entry in digital markets, data interoperability will lower the barrier and allow companies to effectively compete with the big players, thus promoting competition and innovation in the digital markets. Separately, a recent report[13] by the Committee of Experts on Non-Personal Data Governance Framework which was instituted by the Ministry of Electronics and Information Technology also specifically talks about data-sharing for economic purposes[14] and states that “Data may be requested in order to encourage competition and provide a level playing field or encourage innovation through start-up activities.”

While the current policy changes might not be enough to regulate and prevent anti-competitive conduct by Google and companies like it, it is a step in the right direction for regulating digital markets as well as data.

Proposed Regulatory Framework in the US

A look at the investigation report on competition in digital markets[15] drafted by the Sub-Committee on Antitrust, Commercial and Administrative Law (“SCACAL”) presents the big picture of where antitrust regulation of big-tech is headed in the US. The first recommendation by the SCACAL was to introduce structural separation and line of business restrictions, which refers to breaking up big-tech and disallowing them to operate in certain markets. In the case of Google, this could mean having to let go of popular services like Gmail and Android which would then be spun off into completely separate entities with distinct management and control. This has been criticised as a radical proposal by many experts[16] for being impractical to implement[17] and the effects of which can only be speculated. The second recommendation was to put in place rules to prevent discrimination and self-preferencing in digital platforms. Allegations of self-preferencing to the detriment of third parties have been raised against Google and Amazon. The third recommendation by the SCACAL was to promote interoperability and data portability, which would allow users of different platforms to connect with each other without having to switch and would allow data to move with the user, so that the service provider is able to provide better services, even to new users and not be chained down by the lack of data. The final recommendation by the SCACAL was to shift merger presumptions in cases of acquisitions by dominant platforms, where the presumption would be that the merger is anti-competitive unless the merging parties could show that the transaction was necessary for serving the public interest and that similar benefits could not be achieved through internal growth and expansion. This is a step aimed at curbing ‘killer acquisitions’ (Google has been accused of making such acquisitions[18]) which prevent the growth of a potential.

Proposed Regulatory Framework in the EU

In EU, a specific enactment has been proposed to regulate the digital market, i.e., the Digital Markets Act which will be a part of the EU Digital Services Act Package[19]. The main objectives of the proposed legislation with respect to ensuring fair competition in online platform ecosystems include[20] –

All these steps are quite similar to the regulations being contemplated by other jurisdictions and will have similar implications.

Proposed Regulations in the UK

The CMA in the UK had specifically set up a Digital Markets Taskforce (“Taskforce”) to deal with the growing concerns of effectively regulating big-tech. The Taskforce published its report on digital markets along with its study in digital advertising (“CMA Report”) last year.[21] The CMA Report concludes that competition in digital markets was not working well and dominant companies like Google were charging a lot more for their search advertisement services when compared to competitors like Bing. The report also noted the several barriers to entry in these markets and the need for a pro-competition regulatory regime.

The Taskforce only recently published a report giving advice to the UK government for implementation of pro-competitive measures for ensuring fair competition in digital markets.[22]

A brief look at the proposed changes in the four jurisdictions demonstrate that the concerns surrounding digital markets and the measures proposed to confront them are largely the same. While India and the US seem to adopt a restrained approach to tackling digital markets and are of the view that their existing antitrust laws are broad enough to cover any infractions of antitrust laws, the EU and UK seem to be convinced that new tools are required to be added to their current artillery to deal with the digital markets. In either case, the success of all these measures remains to be tested.