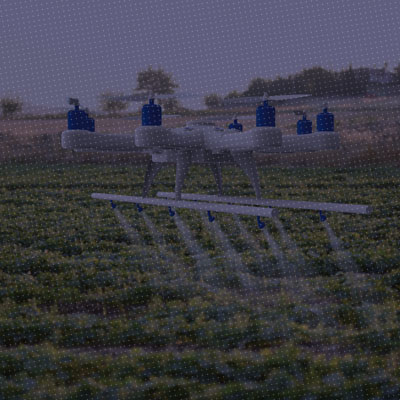 Agritech: A much-needed digital revolution for the agri sector

The dynamics of Indian agriculture is going through a transformation. While the first green revolution in India used chemicals, the agritech sector is enabling a new green revolution on the backbone of advanced technology.

Over the last two decades, the digital revolution, e-commerce and B2B (business to business) technology has been focused on the growing Indian middle class and urban markets. This was a period of tremendous growth for digital start-ups as there was an increase in technology adoption in urban India coupled with rising wealth levels among people.

Yet, the agri sector continues to employ the highest percentage of people and rural India still constitutes over 41.49% of the total population. As mobile penetration increased over the last decade, making use of data and voice cheaper and younger rural population growing up as a tech-savvy generation, the agri sector is poised to see a significant evolution. The impact of this change, though small at the moment, is perceptible.

India today boasts of over 500 agritech start-ups. India’s agriculture technology sector (agritech sector) has the potential to grow manifold to US$ 24.1bn in the next five years. With a turnover of US$ 204 million (mn) (under 1% of its market potential), India’s agritech sector is just getting out of the starting block.

The impact of agritech can be seen in every aspect and stage of the agri-business: right from procuring farm inputs, to improving farming/cultivation and harvesting techniques, to distribution and transportation of produce to post-production processing and handling and finally to retailing and financing - every touch-point of the agri-business has a potential for innovation.

In our conversations with venture capitals, agritech start-ups, seed companies, food companies, scientific institutions, seven key themes in agritech were dominant. These were:

Precision farming - a farm management system that is built around farm data to optimise the use of inputs while maximising returns, is seeing a significant impact among Indian farmers. This sector has an estimated market potential of US$ 3.4bn. With time, the technology that is necessary for collecting farm data effectively is becoming cost-effective and advanced. For example:

Take for example, the start-up FASAL, which recognised that Indian farming was undertaken in a traditional manner with decisions made based on experience, knowledge passed on over generations and anecdotal stories about what is working. There was complete lack of data in the sector. Founded in 2018, FASAL built a platform that tracks every stage of crop growth in the farms using on-farm sensors and devices. This allows FASAL to determine when pesticides should be used discouraging the use of reactive spraying by the farmers and to manage water resources by avoiding excessive irrigation in the farms.[ MANAGE, “Agri-tech Start-ups,” 57.] Based on the data collected on the farm, FASAL is able to inform the farmer on how to optimise the use of inputs for the desired produce.