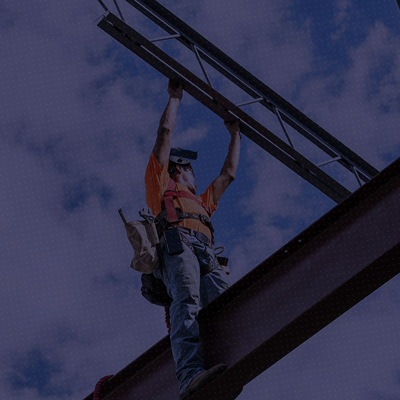 The article discusses the applicability of Building and Other Construction Workers (Regulation of Employment and Conditions of Service) Act, 1996 (‘BOCW Act’) to factories wherein construction activity for the purpose of expansion or constructing godowns is being undertaken.

Definition of ‘building or other construction work’[1]:

The term, ‘Building or other construction work’ has three limbs:

It is worthy to note that construction in a factory will get covered within the first two limbs of the definition.

On the other hand, on a plain reading of the exclusion clause, one can also take the view that since expansion or construction of a godown or any other place will take place inside the factory, which is subject to the provisions of Factories Act, therefore, said exclusion will apply to such construction.

A legal scrutiny of the above exclusion clause is required from the perspective of the Factories Act which is as follows:

In light of the above, the building constructed, as a godown or as a part of expansion of the factory, will not be treated as a factory since no manufacturing process is being carried out.

Consequently, workers engaged in the construction of said building by the contractor will also not be treated as workers for the purpose of Factories Act.

Accordingly, one can take a view that the provisions of Factories Act apply when the manufacturing process in the building which is being constructed has commenced and not to the activity of construction of the project itself[5]. Therefore, the exclusion from the definition of ‘building or other construction work’ will not be available.

In case any contrary view is taken, there is a possibility that the workers engaged in the construction of building will get excluded from both the welfare legislations i.e. BOCW Act as well as the Factories Act.

Who is liable to pay cess?

The employer, in relation to an establishment, means the owner and the contractor. The contractor includes a sub-contractor[6].

Building and Other Construction Workers Welfare Cess Act, 1996 (‘Welfare Cess Act’) provides for the levy and collection of a cess on the cost of construction incurred by an employer. The cess levied shall be paid to the cess collector by the employer within thirty (30) days of completion of the construction project, or within thirty (30) days of the date on which assessment of cess payable is finalised, whichever is earlier[7].

Different mechanisms are prescribed for payment of cess for building and construction work (a) of a Government or of a Public Sector Undertaking, and (b) where approval from a local authority is required.

It is worthwhile to note that the Supreme Court has held that, as per the BOCW Act and the Welfare Cess Act, the liability to pay cess falls not only on the owner of a building or establishment but also on the contractor. It is to ensure that the cess is collected at source from the bills of the contractors to whom payments are made by the owner. The burden of cess is passed on from the owner to the contractor[8].

Accordingly, one can take a view that the contractor is to collect cess and make payments to the collector.

There are certain provisions in BOCW Act which cast the welfare related responsibility of the workers on the employer of the establishment such as for canteens, accommodation, creches, and first-aid.

On a concluding note, while paying and collecting cess, the impact of the BOCW Cess read with Welfare Cess Rules should be appropriately dealt with by businesses.

[The author is a Principal Associate in the Corporate and M&A advisory practice in Lakshmikumaran & Sridharan Attorneys, Gurugram]

[7] Section 3(2) of Welfare Cess Act read with Rule 4 of The Building and Other construction Workers’ Welfare Cess Rules, 1998