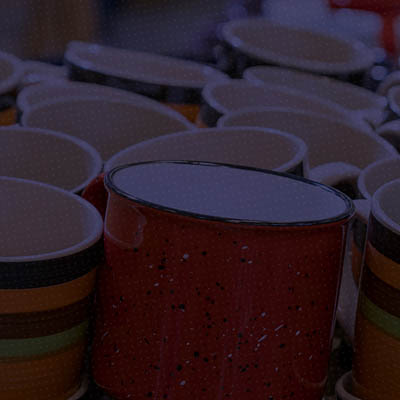 Circumvention of ADD on ‘ceramic tableware and kitchenware, excluding knives and toilet items’ from China, by imports from Malaysia – A case analysis

The domestic industry felt that the change in the pattern of trade was undermining remedial effects of the ADD. Therefore, through the Ceramic Tableware & Kitchenware Manufacturers Association (‘applicant’), they filed a complaint with the Designated Authority. The applicant alleged that the circumvention of ADD was taking place because of following reasons:

On 3 August 2021, the Designated Authority notified the final findings in the above investigation into alleged circumvention of ADD on imports of subject goods wherein the Authority recommended the extension of the existing ADD on subject goods originating or exported from Malaysia.

Before delving into the Authority’s findings, let us understand the governing provisions in case of circumvention investigation.

The provisions relating to circumvention of ADD is provided in Section 9A(1A) of the Customs Tariff Act, 1975 which is reproduced below –

‘Where the Central Government, on such inquiry as it may consider necessary, is of the opinion that circumvention of anti-dumping duty imposed under sub-section (1) has taken place, either by altering the description or name or composition of the article subject to such anti-dumping duty or by import of such article in an unassembled or disassembled form or by changing the country of its origin or export or in any other manner, whereby the anti-dumping duty so imposed is rendered ineffective, it may extend the anti-dumping duty to such article or an article originating in or exported from such country, as the case may be, from such date, not earlier than the date of initiation of the inquiry, as the Central Government may, by notification in the Official Gazette, specify.’

Rule 25 of the Customs Tariff (Identification, Assessment and Collection of Anti-dumping Duty on Dumped Articles and for Determination of Injury) Rules, 1995 (‘AD Rules’) defines circumvention as a ‘change in the pattern of trade’ between any country and India or between individual companies in any country subject to measures and India, as result of a ‘practice, process, or work’ for which:

The terms ‘practice, process or work’ referred to in Rule 25(1) have been defined to cover the following situations:

Clause (d) of sub-rule (1) is a residual category which also covers any other manner whereby the ADD so imposed is rendered ineffective.

Accordingly, in a circumvention investigation, the Authority essentially examines whether there is a change in the trade pattern without any economic justification which undermines the remedial effect of the ADD.

Once the Designated Authority determines that the conditions under Rule 25 of the AD Rules are met and circumvention of ADD exists, it may recommend imposition of ADD on imports of goods found to be circumventing an existing anti-dumping duty or on imports of  goods originating in or exported from countries other than those which are already notified for the purpose of levy of the ADD.

There is no fresh determination of duty in an anti-circumvention investigation which means that there is no requirement of fresh dumping margin and injury margin determination. The existing duty is extended to cover goods from circumventing countries. This approach was adopted in the present investigation as well.

Findings of the Authority in the present anti-circumvention investigation

Change in pattern of trade

In this investigation, the Authority noted that after the imposition of the anti-dumping duty, the volume of the subject goods imported from China PR into India decreased. At the same time, the volume of subject goods exported to India from Malaysia increased which was non-existent prior to that period.

The Authority thus came to a conclusion that there was a very clear and distinct change in the pattern of trade of import of the subject goods into India from China PR and Malaysia.

Justification - Economic or otherwise, other than imposition of anti-dumping duty

The second essential factor is to analyse if there is ‘insufficient cause or economic justification other than the imposition of the duty’ for the change in trade pattern. The trend of the Authority has been to undertake a cost benefit analysis to measure if any quantifiable benefits existed for importers to economically justify importing from any other country rather than from the country under ADD. There could be various other factors to understand if there is sufficient economic justification like analysing other export markets, benefits under trade agreements, degree of value-addition, etc.

In the present investigation, the economic analysis hinged around non-availment of concessional rate benefits available under MICECA and AIFTA. Under the said free trade agreements, the subject goods can be imported into India on payment of concessional rate of customs duties, provided the importer furnishes the certificate of origin and meets the minimum value addition norms as prescribed under the above agreement. If the goods were, in fact, produced in Malaysia and had a valid country of origin certificate, the same would have been eligible for such concessional benefits. However, it was observed from the export data that significant proportion of goods were exported to India without even claiming such concessional duty. Such non-availment hinted at the fact that the value addition being carried out in Malaysia was below the conditions prescribed under the law. There was no other rational justification for an exporter to not avail customs duty concession other than the fact that there was inadequate value addition or that they were merely transhipping the goods from a third country.

Since there was lack of co-operation from parties, the Authority could not ascertain beyond doubt that the subject goods exported to India during the period of investigation (POI) did not constitute goods produced in China and were processed in Malaysia before exporting to India within the meaning of Rule 25. Therefore, the Authority noted that the change in pattern of trade appeared to be a result of imposition of ADD on imports from China.

Undermining of remedial effects of ADD

The third essential factor is that the change in pattern of trade must result in undermining of remedial effects of existing ADD. An ADD is meant to remedy a situation of dumping and material injury vis-à-vis domestic industry in India. Remedial effects are undermined in terms of price (price effect) and/or quantity (volume effect) of the subject goods. In the present investigation, the Authority, while examining whether the remedial effects of ADD were undermined in terms of market share and price undercutting due to the import of the subject goods from Malaysia, observed that during the injury investigation period, there was a steady decline in the market share of the subject goods imported from China PR into India, while the import of subject goods from Malaysia into India increased in the same period.

In terms of price effect, it was observed by the Authority that the landed price of imports was significantly below the selling price of the domestic industry thus making the price undercutting levels very high.

It was observed that even after imposition of ADD, the domestic industry still could not recover its market share. Rather, it lost further market share. This effectively nullified the benefit received by way of ADD.

The Authority also observed that not only there was an erosion of efficacy of ADD in terms of volume and price effect, but there was also continued dumping in respect of the subject goods which ultimately benefitted the producers/ exporters.

As per the practice, such extended duties are co-terminus with the originally valid duties. Such an imposition obviates the need for multiple sunset reviews.

It is interesting to note that despite the Applicant’s request, the Authority did not recommend a retrospective imposition of ADD on the subject goods imported from Malaysia. As per Rule 27 of the AD Rules, when the Authority reaches a finding of circumvention of ADD, it may levy the ADD retrospectively from the date of initiation of the circumvention investigation. Considering that there was significantly high dumping and injury was caused to the domestic industry, the present case posed a plausible case for imposing ADD retrospectively.

Having said that, the Ministry of Finance is yet to act on the above recommendation of the Authority. The duty will be applicable only when the same is notified by the Ministry.

[The author is an Associate in WTO and International Trade practice team at Lakshmikumaran & Sridharan Attorneys, New Delhi]