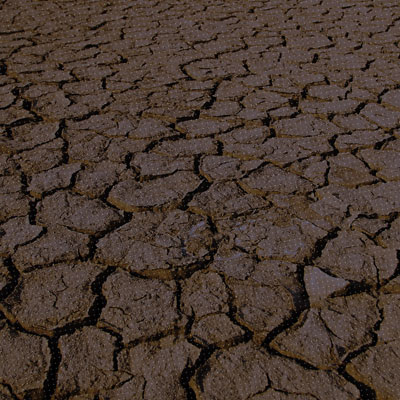 Climate change: A catalyst for agritech?

“There’s one issue that will define the contours of this century more dramatically than any other, and that is the urgent threat of a changing climate.”

Climate change is perhaps the most rapidly evolving threat that has had and will continue to have a significant direct impact on the lives of the global population and the global economy. Agriculture is an important sector for most countries, given that it is a contributor to the economies of most nations and is critical for the food security of the world’s population (for example, it is estimated that the world will need to produce about 70% more food by 2050 to feed an estimated 9 billion people). Rapidly changing climate is posing a serious threat to the sustainability of agriculture. In recognition of this fact, an increased effort is being made by governments, investors and businesses to focus on and take necessary steps towards mitigating the impact of climate change on agriculture and making agriculture climate resilient.

As someone said very wisely: “The secret of change is to focus all our energy not on fighting the old, but on building the new” - following a similar philosophy, most governments have publicly announced efforts to make their contribution to reduce the carbon footprint and find efficient and practical solutions to combat climate change, including by way of introducing necessary climate change policies and laws and this has led to a twenty-fold increase in the number of global climate change laws since 1997. In addition to climate change related policies and legislation, technology is emerging as an efficient tool to devising mechanisms to combat the impact of climate change, including on the agriculture sector. Technology and infrastructure can bring significant changes to the manner in which tomorrow’s consumers and farmers operate, and this is expected to create ideal conditions for disruption of India’s large and growing agriculture sector.

Agriculture: salt of the earth

Adam Smith in his magnum opus, ‘An Inquiry into the Nature and Causes of the Wealth of Nations’, recognised agriculture as the “industry of the country”. Smith emphasised that an effective economic system must create and maintain a balance between the industry of towns (manufacture and commerce) and the industry of the country (agriculture) - without this balance, the real wealth of nations will be diminished, resulting in a “capital error”. Smith also considered land to be the most important resource for society and the most important and the durable part of the wealth of every country - about 40% of the world’s land area is occupied by agriculture - it is therefore only reasonable to conclude that in order to preserve, maintain and improve the quality of land, the manner in which agriculture is carried out and implemented is very important.

Agriculture is crucial to economic growth - the share of agriculture in global gross domestic product (GDP) has been stable at ~4% since 2000 and in some developing countries, it can account for more than 25% of GDP. While the sector accounts for a comparatively small share of the global economy[ Typically, as the per capita income rises in a country, the agricultural share of GDP falls.], it remains central to the lives of a great many people, for example, in 2020 globally, employment in agriculture stood at ~26.49%. It is also expected that globally, an estimated additional US$ 1.6 trillion will be spent on food and dining out compared to 2020, a large part of which will be driven by consumption of healthier and safer food options.

India is the second largest agrarian economy in the world. Agriculture has always played and continues to play a significant role in India’s economy - agriculture contributed to ~16% of India’s GDP in 2019. The market size of agricultural products in India is enormous and is only expected to grow further - the total value of India’s agricultural output stood at ~US$ 250 billion (bn) in 2019 and is expected to grow to ~US$ 360bn by 2030. Agriculture also provides livelihood, directly or indirectly, to ~58% i.e., more than half of India’s eligible workforce. Several industries such as consumer packaged goods and retail, are heavily dependent on the output produced by agriculture.

India is expected to be the most populous country in the world, reaching 1.7 billion by 2050, exceeding China’s population by 400 million people. A growing population and changing diets will drive the demand for food. Projections for 2030 indicate three key trends in terms of production of food grains for India - first, it is anticipated that production of food grains will need to increase at the rate of 5.5 million tonnes annually and ~50 million tonnes of more food will need to be produced than was produced in 2019, to feed 200 million more people; second, a shortfall of ~42 million tons of fruits and vegetables is expected, unless there are significant changes in the agriculture industry; and finally, demand for high-value commodities (such as dairy, livestock and fish) is expected to increase by more than 100% from 2000.

In India, agriculture as a sector is affected by structural and operational issues that are limiting its growth and scalability. Climate change, holding sizes of agricultural lands, poor farm infrastructure, lesser access to credit, lack of efficient logistics, infrastructure and supply chain and lack of access to cold storage have led to Indian farmers realising only 8-10% of their product’s final value, compared to 30% and upwards in developed markets. These issues plaguing the agricultural sector will have a direct impact on India’s ability to meet its own and the world’s future needs. Out of all the issues plaguing the agriculture sector, climate change is probably the most challenging.

Climate change means a long-term change in average weather patterns that have come to define Earth’s local, regional and global climates. Climate change can be caused both by natural causes (such as change in solar activity, volcanic eruption, sea water temperature and atmospheric waves) and causes directly attributable to human activities (such as global warming due to increase of greenhouse gases, deforestation, excessive carbon dioxide emission from industry and agricultural production activities). There is more than 95% probability that human activities over the past 50 years have warmed our planet-climate change that is directly attributable to human activities is today the most pressing issue because this can be mitigated through effective collaboration from all countries.

Describing climate change as a major risk to good development outcomes, World Bank said: “the most vulnerable countries are at particularly high risk of seeing their existing health systems overloaded or wiped out; having emergency funds depleted and replenishment more challenging in a constrained fiscal space; and, facing rising economic vulnerabilities of people and communities.” This sentiment was echoed in the Global Risks Report 2020 published by World Economic Forum, which listed climate change as the top global threat over the next decade and by the Intergovernmental Panel on Climate Change that said: “Taken as a whole, the range of published evidence indicates that the net damage costs of climate change are likely to be significant and to increase over time.” The United Nations warned that carbon emissions must fall by half by 2030 and reach net zero by 2050 - otherwise, Secretary - General Antonio Guterres said: “the disruption to economies, societies and people caused by Covid-19 will pale in comparison.” Scientists have also said we can avoid the worst impacts of climate change if we reach net-zero carbon pollution before 2050.

In the past 20 years, globally, it is reported that nearly 500,000 fatalities were directly linked to extreme weather events - the economic damages as a result amounted to ~US$ 3.54 trillion. The data for the last calendar year indicates that the world continued to pay a very high price for extreme weather in 2020. The ten most financially devastating climate related disasters in the calendar year 2020, caused aggregate losses of US$ 140.9bn and six of the ten disasters took place in Asia, with floods in China and India causing damages of more than US$ 40bn. It is expected that “in the year 2065, on current trends, damage from climate change will exceed global GDP.”