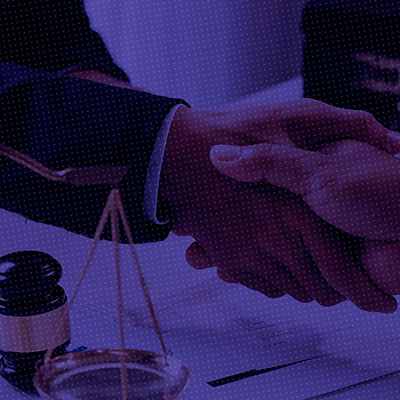 In V. Shankar v. SEBI[1], the company secretary (CS) of Deccan Chronicle Holding Limited (‘DCHL’) was absolved by Securities Appellate Tribunal (‘SAT’), Mumbai, from the liability imposed by the Adjudicating Officer (‘AO’) of Securities Exchange Board of India (‘SEBI’) on DCHL for misleading financial statements and information given by the DCHL.

Earlier this year, SEBI had investigated the scrip of DCHL to ascertain if the company shares were fraudulently pledged without appropriate disclosures during the period October 2011 to 2012 by the promoters and directors of DCHL, against the mandate under the SEBI (Substantial Acquisition of Shares and Takeovers) Regulations, 2011. The investigation evinced several irregularities committed by DCHL which inter alia included understatement of outstanding loans and overstating the profits in the annual reports, and carrying out buyback of securities without having adequate free reserves. From the investigation, it was specifically gleaned that the public announcement made by the company in 2011 for buying back its equity shares had mislead the investors/shareholders, and thus the AO in its order dated 22 March 2022 concluded that DCHL and its promoters and directors were in violation of the provisions of the then applicable Companies Act, 1956 (“1956 Act”), under Sections 68 (Penalty for fraudulently inducing persons to invest money) and 77A (Power of company to purchase its own securities).

In addition to the promoters and directors, SEBI also imposed a penalty of INR 10 lakh on Mr. V. Shankar, being the CS of DCHL, for violation of the aforementioned provisions of the 1956 Act, as he had ascribed his signatures on the public announcement for buyback of securities in capacity of a company secretary of the company. The AO held that the company secretary should have exercised utmost due diligence and checked the veracity of the buyback documents before signing the documents.

Aggrieved by the Order passed by the AO, Mr. Shankar filed an appeal before the SAT which examined the provisions of 1956 Act under Section 68 and Section 77. The former states that ‘any person knowingly or recklessly makes a statement which is false, deceptive, or misleading he would be punishable with imprisonment for a term which may extend to five years or with fine or both’, and the latter states that ‘if a company makes default in complying with the provision of Section 77 or any rules made under the company or any officer of the company who is in default shall be punishable with imprisonment or fine or both’.

In addition to the above provisions, the tribunal also examined the provision laid under the Section 215 (Authentication of balance sheet and profit and loss account) of the 1956 Act, which provides that every balance sheet and every profit and loss account of a non-banking company shall be signed on behalf of the Board of directors by “its manager or secretary, if any, and by not less than two directors of the company one of whom shall be a managing director where there is one”.

Sub-Clause 3 of the said Section 215 provides that: “The balance sheet and the profit and loss account shall be approved by the Board of directors before they are signed on behalf of the Board in accordance with the provisions of this section and before they are submitted to the auditors for their report thereon.”

SAT also held that, as per SEBI (Buy back of Securities) Regulations, 1998, which provides for a company to nominate a compliance officer for compliance with the buyback regulations and to redress grievances, Mr. Shankar being the company secretary of DCHL acted as a compliance office wherein his role was only limited to the redressal of grievances of investors.

Thus, the Order passed by the SAT cannot be relied upon to streamline the role of a company secretary as just being ministerial in nature. NCLT earlier this year in Technology Frontiers (India) Private Limited v. Global Sports Commerce Pte Ltd & Ors. took an alternative stance and held that a company secretary is a ‘Watchdog of protecting the Principles of Corporate Governance as well as the collective interest of all the stakeholders so also the Company’. Therefore, it will largely depend on the facts of a given case, and applicable provisions of law, to determine the role of a company secretary and his liability.

[The author is a Senior Associate in the Corporate and M&A practice of Lakshmikumaran & Sridharan Attorneys, Hyderabad]