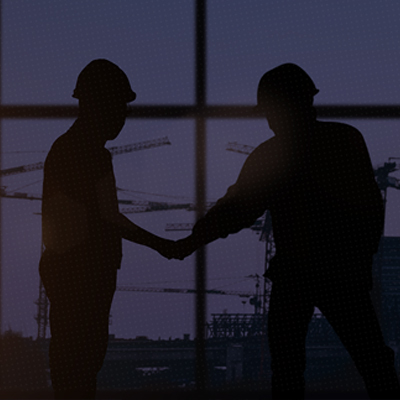 Contract labour under the new regime – An Overview

Under the Constitution of India, ‘labour’ is a subject matter of the concurrent list. Therefore, both Central and State Governments have the power to enact labour and employment legislations. This has frequently resulted in legal quagmires because of numerous laws being enacted having overlapping provisions and governing similar subject matters relating to labour and employment.

To streamline labour legislations and bring uniformity in general labour related aspects, the Second National Commission of Labour submitted its report in 2002 wherein multiplicity of labour laws in India was identified as a major concern. In that backdrop, the Commission recommended that, at the central level, multiple labour laws should be subsumed and codified in 4 labour codes. Considering the same, the Government of India (GoI) introduced 4 labour codes which subsumed 44 central labour legislations i.e., (a) Code on Wages, 2019, (b) Industrial Relations Code, 2020, (c) Occupational Safety, Health, and Working Conditions Code, 2020, and (d) Code on Social Security, 2020. Although enacted and passed by the Parliament, the labour codes are yet to be made effective and put into force.

Once these labour codes are put into force, the existing regime concerning the contract labour will undergo significant changes. Some of the major changes introduced under the OSHW Code pertaining to contract labour are:

If no existing registration has been obtained under any central labour legislation or any other applicable law, such establishment employing 10 or more workers is required to obtain registration under the OSHW Code within 60 days from the date of applicability of OSHW Code.

To determine the ‘core activity’ of an establishment, Form-I (Application for Registration of Establishment) of the Draft Occupational Safety, Health, and Working Conditions (Central) Rules, 2020, requires every establishment to provide details of NIC (National Industrial Classification) Code. An NIC Code is issued by the Ministry of Statistics and Programmer Implementation to meticulously trace businesses' commercial activities. Based on the NIC Code of an establishment, the core activity of such establishment can be determined for the purposes of OSHW Code.

Exceptions to employing contract labour in core activities include:

With the labour codes expected to be made effective from 1 July 2022, the labour/employment regime in India will undergo a major overhaul. The revised definition of ‘wages’ will result in a change in the CTC (Cost to Company) computation methodology adopted by companies and thus impact the take home salary, payment of gratuity, overtime wages, leave encashment and other benefits payable to employees, which are dependent on the wage component. There is also a huge uncertainty in the market concerning how these labour codes will be implemented and will the companies be offered some exemption from compliance to allow them to revise the pay structure in accordance with these codes.

Regardless of the uncertainty, the changes introduced with respect to contract labour can be considered as a step in the right direction. The concept of Single License or Single Registration for one establishment, and obtaining of license or registration electronically, will reduce paper work to a significant level, and will promote ease of doing business by eliminating redundant compliances existing in the CLRA Act and resolving the requirement of obtaining multiple licenses or registrations. A clear distinction between core and non-core activities under the OSHW Code will reduce the grey areas pertaining to identifying the set of activities in which contract labour cannot be engaged.

[The author is a Senior Associate in the Corporate and M&A advisory practice at Lakshmikumaran & Sridharan Attorneys, Hyderabad]