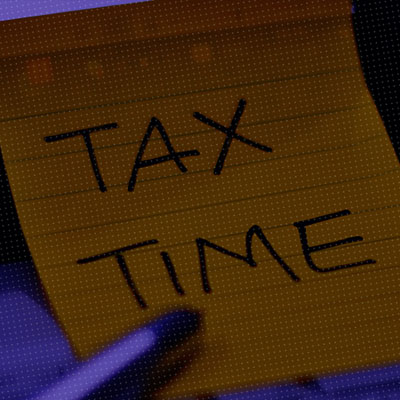 Deduction under 10AA – Benefit available even after sunset date?

Special Economic Zones (‘SEZ’) were introduced with an intent to drive economic growth along with quality infrastructure complemented by attractive fiscal package. Initially introduced in the form of SEZ Policy in 2000, the scheme was subsequently formalised in the form of SEZ Act, 2005 (‘SEZ Act’). SEZ has, in today’s world, become a very familiar terminology to the larger public/ layman as a result of growing interest of the public in tax debates and economic development of the country.

The SEZ Act[1] confers various exemptions/ benefits on SEZ developers and entrepreneurs under various tax laws. One such benefit provided is under Section 10AA of the Income Tax Act,1961 (‘IT Act’). Section 10AA of the IT Act entitles every person being an entrepreneur[2] of a SEZ unit to claim deduction of the profits and gains derived from export of services or articles or things manufactured or produced through such unit subject to certain conditions as prescribed therein. The deduction is available in respect of units wherein, inter-alia, the manufacture or production activity had commenced before 31 March 2021. Certain provisions under the said section relevant for the present discussion have been summarised herewith:

It may be noted that the aforesaid conditions are applicable only for setting up of a new unit. In other words, the aforesaid prohibitions are not attracted in cases where an existing unit claiming deduction under Section 10AA of the IT Act expands its business by way of acquiring another unit/ purchase of used plant and machinery.

Although, the sunset date for setting-up new units in SEZ to claim income-tax deduction has lapsed, many taxpayers who had set-up units before the cut-off date and had commenced the manufacturing or production activities are still claiming deduction under the provision. It is also possible that certain taxpayers may acquire new units by way of amalgamation and demerger and commence claiming deduction (for the balance period) after the sunset date.

Section 10AA seeks to grant deduction in respect of eligible units to the taxpayers who are in compliance with the provisions of SEZ Act. Seen from that perspective, the deduction should be available to the person who is the owner of SEZ unit. Thus, assuming that the successor actually continues with the business of the eligible unit, acquisition of eligible unit by way of demerger/ merger with the intent of claiming deduction under Section 10AA is in line with the legislative intent.

There may be other cases where a taxpayer merges two eligible unit for business and corporate synergies. Such a case may have the effect of altering the eligible period of deduction under Section 10AA.  Assuming that the business re-structuring is bona fide, and that the taxpayer has added substantial value to the newer unit, it can be argued that grant of benefit in such cases is in line with the SEZ and Income-tax laws.

Before elaborating this aspect, the relevant provisions under the SEZ laws have been summarised herewith:

Thus, the expansion of SEZ units and claim of deduction for enhanced capacity is contemplated in the SEZ laws. Such expansion could be done by outright purchase of assets or through corporate re-structuring. The aforesaid discussion can be explained by way of the following example:

An assessee having a unit in a SEZ, say unit A having a production capacity of 50 units, exhausts the deduction under Section 10AA of the IT Act. With an intent to take benefit of synergies, the assessee acquires another unit in the same SEZ say unit B consequent to de-merger from another entity. The assessee seeks approval for both the units under the same proposal wherein one LOA is granted. Unit B prior to the de-merger had a production capacity of say 100 units. Post de-merger, the assessee adds plant and machinery (which was earlier being used in unit A) to unit B and the total output of Unit B increases to 200 units. It may be possible that the availability of deduction under Section 10AA is one of the motives of de-merger, but it can still be argued that the deduction should be available in respect of all 200 units. This is because the assessee post de-merger has continued the business of unit B and has made substantial expansion to the said unit. Accordingly, the deduction should be available to the assessee both for the original as well as the increased production capacity.

In the aforesaid illustration, essentially, an entrepreneur may be able to claim deduction in respect of supplies effected using assets which were earlier used in Unit A and subsequently in Unit B beyond the stipulated period of 10 years. Such a practice, it can be argued, is not a façade provided the assessee is able to substantiate that the assets of Unit A have been actually integrated with Unit B and thereby resulting increased production capacity of the Unit B. Thus, essentially, this would be a case involving mere expansion of Unit B.

It goes without saying that guising the business of an existing unit for which the ten-year deduction has been availed in another eligible unit may be seen as abuse of provisions of Section 10AA and may result in invocation of GAAR provision. In a case where the taxpayers merely shift the business of one unit to another unit without adding any value to the subsequent unit, the deduction should be denied to the assessee.

Considering that the availability of deduction boils down to the conduct, the taxpayers may be required to demonstrate genuineness of business re-organisation involving merger/de-merger of eligible units. Factors such as integration of assets, manpower employed, production capacity etc. may be looked into by the tax officer to examine the eligibility to claim deduction post the business re-structuring process.

Amongst others, maintenance of separate books of accounts qua the unit and ensuring substantial investment in the new unit would help the assessee in proving the genuineness of the merger/ demerger and thereby claiming the deduction.

[The authors are Joint Partner and Principal Associate in Direct Tax practice team at Lakshmikumaran and Sridharan Attorneys in New Delhi and Bangalore, respectively]