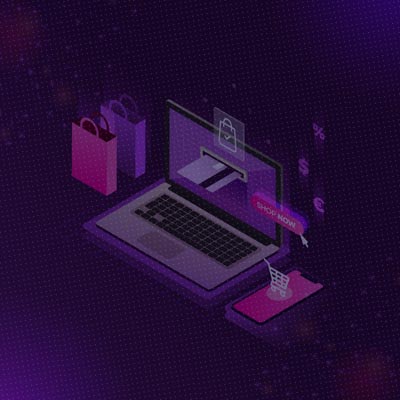 The Ministry of Consumer Affairs published the draft amendments to the Consumer Protection (E-commerce) Rules, 2020 on 21 June 2021 (‘Draft Rules’). The Draft Rules seek to introduce several new concepts, restrict certain business practices of e-commerce entities and impose numerous obligations on e-commerce entities operating in India. It is safe to say that if the Draft Rules come into force in their present form, they will have far reaching and unintended consequences on the e-commerce landscape in India. At first glance, there appears to be several intersections with and transgression into the realm of the Competition Act, 2002 (‘Competition Act’). In this article we review the Draft Rules from the lens of competition law and provide insights into the effect they would have if implemented.

At the outset, while both competition law and consumer protection legislations have consumer interest at the heart of their existence, the object and purpose of each of the statues is different. While the Competition Act aims to promote and sustain competition in markets, protect the interests of consumers, to ensure freedom of trade and regulate and govern competition in the markets, the Consumer Protection Act, 2019 (‘COPRA’) regulates matters related to violation of consumer rights, unfair trade practices, and misleading advertisements. As such, it is quite evident that COPRA does not regulate the market practices and consequently, it does not govern the interactions between different enterprises in the markets which is solely covered under the Competition Act. As such, some of the proposed amendments go above and beyond the scope of a consumer protection legislation and either create rules for regulation of the e-commerce sector as a whole or govern practices which squarely fall within the provisions of the Competition Act.

Further, the rules impose a large number of restrictions on e-commerce entities however, how such restrictions further the object of COPRA is unclear. Some of the actions restricted under the Draft Rules are (i) listing of related parties or associated enterprises as sellers; (ii) sale of goods or services by a platform to its sellers; (iii) prohibition on the use of information collected by an e-commerce entity for sale of goods bearing its brand name or promoting or advertising as being associated with its brand name, (iv) prohibition on flash sales, etc.

It is interesting to note that some of the proposed amendments directly relate to on-going investigations by the CCI in this sector. For example, flash sales relate to offering of ‘deep discounts’ by e-commerce entities; prohibition on use of information to sell goods bearing the e-commerce entities’ name targets ‘private labels’. Similarly, prohibition on listing of related party or associate enterprises as sellers instead of regulating the anti-competitive effect of self-preferencing on a case by case basis, eliminates the possibility of dealing with a related party altogether on the unfounded premise that all such business relationships will harm consumers.

Such ex-ante regulation without analysing the potential efficiencies and consumer benefit appears to be a case of pre-judging the issues. At first blush, deep discounts seem to be pro-consumer as they lead to savings, private labels offer more choice to consumers (sometimes at a fraction of the price charged by big labels) and no evident benefit can be foreseen by an absolute ban on listing related party or associate enterprises as sellers on an e-commerce platform.

In fact, the above measures seem to unfairly and arbitrarily discriminate against e-commerce platforms given that similar restrictions are not imposed on offline retailers who form the majority of the retail market in India. Further, given that the Competition Act is well equipped to deal with all these issues and the CCI is in fact investigating these issues on a case by case basis as the need arises, belies any rationale for introducing such absolute restrictions on the activities in the e-commerce sector.

While there appear to be several issues with the Draft Rules in terms of arbitrariness, unreasonableness, legislative and jurisdictional overlap with other laws and regulators, some of the proposed amendments are appreciated and certainly further consumer interest. For instance, the rule relating to mis-selling and manipulation of search results as also the rule regarding upfront disclosure of sponsored listings are welcome inclusions in the COPRA regime.

In conclusion, although competition and consumer protection laws in some jurisdictions (such as Australia) are administered by the same regulatory body, such is not the case in India. Given that two separate and distinct authorities have been handed the reins to each of the legislations, makes the intent of the Indian parliament crystal clear. The Draft Rules, as they currently stand, will create regulatory confusion and seem to overstep the mandate of COPRA. The e-commerce sector is currently regulated by several legislations such as the Foreign Direct Investment rules, the Information Technology Act, 2000, the Competition Act, COPRA and more obligations will be introduced upon enactment of the Personal Data Protection Bill. Each of these legislations ensures that e-commerce entities do not gain an unfair edge or harm the offline markets as well as the consumers in India. In view of the above, there is an imminent need to re-look at the Draft Rules so that they continue to fulfill the objectives of COPRA without creating a regulatory conundrum.

[The author is a Joint Partner in Competition and Anti-trust practice at Lakshmikumaran & Sridharan Attorneys, New Delhi]