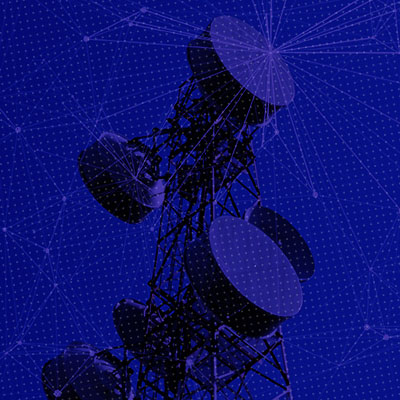 The Bill aims to develop a modern and future-ready legal framework that aligns telecommunication law with international standards and best practices, recognizing the importance of national, cyber security and public safety concerns. Some of the key features of the Bill include:

Firstly, it may be noted that OTT Services have not been defined under the Bill. The Telecom Regulatory Authority of India (‘TRAI’) in its Consultation Paper in 2015[12] defined OTT Services provider as ‘a service provider which offers Information and Communication Technology (ICT) services, but neither operates a network nor leases network capacity from a network operator’. It also recognizes the variance in definitions and broadly also considers that OTT Services may be any internet application that substitutes or supplements traditional telecom services[13] and identifies different types of providers viz. messaging providers and application services such as media services, cloud services etc. In 2020, TRAI recommended[14] that market forces be allowed to respond to the situation without prescribing any regulatory intervention and determined that it was not an opportune moment to recommend a comprehensive regulatory framework for OTT Services, beyond the extant laws and regulations prescribed presently.

Secondly, while some form of regulation for OTT Services has been anticipated from the legislation, full-scale licensing frameworks in addition to complying with other terms and conditions may not be best suited. The finer obligations and requirements would be outlined under the specific licensing agreements. In the context of machine-to-machine communications, a broader study on its impact on emerging technologies, sunrise industries and growth and innovation, especially in the context of internet-of-things, may be warranted before such a licensing framework is proposed to be implemented.

Similarly, while spectrum allocation may be done through auction primarily[16], the Bill seeks to enable allocation through administrative process (allocation without auction) for certain specified functions relating to government and public interest like defence, transportation, research etc.

The Bill also incorporates special frameworks for default in payments owing to special circumstances including financial stress, competitive environment and empowers deferment of payment, conversion to equity, write-off or relief[23], including for waiving fee, penalty or additional charges for ensuring competition or reliability[24].

It may be noted that in Shreya Singhal[25], the Supreme Court upheld the validity of Section 69A of the Information Technology Act, 2000 (‘IT Act’) on the observation that several safeguards were present in the latter, including the constitution and meeting of a ‘Review Committee’ to record findings which may set aside directions of interception, monitoring, blocking or suspension issued by authorities. With reference to suspension of internet, this is significantly, the first time that an express power[26] has been carved to suspend communications. It was also held by the Supreme Court[27] in the context of balancing freedom of speech and suspension powers, that the power to suspend internet is also balanced by certain safeguards, including that review committees must hold periodic reviews and ensure that temporary orders are reviewed periodically, and decisions are arrived on the same. Notably, the Bill does not feature or indicate the mention of any review committee or an oversight mechanism for exercise of such powers by the Central Government, as is currently provided under the IT Act. This may give rise to a constitutional challenge in view of absence of safeguards such as review committee.

While the Bill remains to be a positive step in simplifying and comprehensively reflecting a transforming telecommunications sector, certain finer aspects of the Bill may have to be refined further, without which its adaptability to future-tech may become marginally more challenging. While public consultations are underway on the Bill, there have been reports[32] that the Bill is likely to be implemented in the next six to eight months replacing the existing frameworks.

[The authors are Partner and Senior Associate, respectively, in Data Protection and TMT practice at Lakshmikumaran & Sridharan Attorneys, New Delhi]