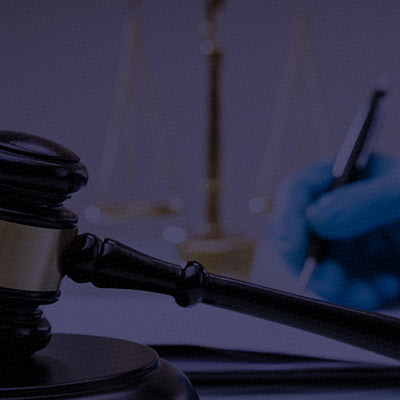 The sudden onset of the pandemic Covid-19 in March 2020 had pushed litigants across the country into hardships with respect to the filing of petitions/ suits/ appeals/ applications etcetera and initiating and continuing legal proceedings before the various Courts and Tribunals.

Extension of period of limitation – An overview

Recognizing the distress, the Supreme Court, vide its Order dated 23 March 2020, in In Re: Cognizance for Extension of Limitation, Suo Moto Writ (Civil) No. 3 of 2020, had extended the period of limitation in all cases in proceedings in all Courts/Tribunals throughout the country with effect from 15 March 2020 till further orders (‘Limitation Extension Order’). The Court had exercised its power under Article 142 read with Article 141 of the Constitution of India and declared that the said Order is a binding order within the meaning of Article 141 of the Constitution on all Courts, Tribunals and authorities.

That being so, owing to the necessity in the interpretation of such Order, vide a subsequent Order dated 6 May 2020, the Supreme Court had also extended all periods of limitation prescribed under the Arbitration and Conciliation Act, 1996 (‘Arbitration Act’) and under the Negotiable Instruments Act, 1881 (‘NI Act’) with effect from 15 March 2020. Since the said Order came belatedly, the Apex Court had even clarified that in case the limitation had expired after 15 March 2020, for any of the said cases, the period from 15 March 2020 till the date on which the lockdown has been lifted in the jurisdictional area where the dispute lies/ where the cause of action arises, would be extended for a period of fifteen (15) days after the lifting of lockdown.

For further clarity on the issue, the Apex Court vide an Order dated 10 July 2020, had further held that:

Interpretation of the Limitation Extension Order by various authorities

Due to some of the orders/ notices issued by some authorities, any relief given to litigants, on account of the said Order, has failed to be implemented everywhere. It is relevant to note that the Limitation Extension Order only served to extend the limitation period computed for initiation of proceedings, filing, etc. and did not serve as a suspension of proceedings.

Present status of computation of limitation

All that said and done, since the situation in the country, had improved over time and lockdown was lifted, envisaging a return to normalcy, the Apex Court vide an Order dated 8 March 2021, settled the question of extension of limitation period once and for all.

However, due to a rapid deterioration of the situation in the country because of Covid-19’s second wave, an application was filed by the Supreme Court Advocates on Record Association (‘SCAORA’) seeking restoration of the Suo Moto Writ (Civil) No. 3 of 2020 and thereby extending the limitation period for filing of cases in courts and tribunals for a further period beyond 15 March 2021.

Accordingly, vide an Order dated 27 April 2021 the three-judge bench of Justice N. V. Ramana, the Hon’ble Chief Justice of India, Justice Surya Kant and Justice A. S. Bopanna, recognizing the need for ‘extraordinary measures’ to minimize the hardship of litigant-public, has restored the Limitation Extension Order, and ‘in continuation of the order dated 8 March 2021, the period(s) of limitation, as prescribed under any general or special laws in respect of all judicial or quasi-judicial proceedings, whether condonable or not, shall stand extended till further orders’. It has also been clarified, in the same order, that the time periods prescribed under the Arbitration Act, NI Act and Commercial Courts Act, as abovementioned, shall also stand excluded from 14 March 2021.

As abovementioned, the directions of the Supreme Court have been issued under Article 142 read with Article 141 of the Constitution of India and are consequently binding on all Courts, Tribunals, and authorities in India. Accordingly, the filings or proceedings throughout the country are required to adhere to the Court’s directions on the computation of limitation issued vide the Order dated 27 April 2021.

This latest order also removes a lot of former ambiguities, due to its wide application from the phrase ‘and any other laws, which prescribe period(s) of limitation for instituting proceedings, outer limits (within which the court or tribunal can condone delay) and termination of proceedings’, thus reducing any scope for the various authorities in the country to take a different interpretation to the said order.

It may be noted that the CGPDTM, while having issued a notice dated 24 March 2021, in line with the Order of the Apex Court dated 8 March 2021 hereinabove, is yet to issue a revised notice in line with the order dated 27 April 2021.

The CBIC, to the immense gratitude of taxpayers, vide various notifications issued since 27 April 2021, has (a) lowered interest rates for tax periods for the months of March and April 2021, (b) extended the time periods for completion of any proceeding or passing of any order or issuance of any notice, intimation, notification, sanction or approval or such other action, by whatever name called, by any authority, commission, tribunal, filing of any appeal, reply or application or furnishing of any report, document, return, statement by any other person etc., depending on the time period provided, up to 15 June 2021, and (c) extended the time for filing various forms, Form GSTR-4, Form GST ITC-4 etc. up to 31 May 2021, and Form GSTR-1 pertaining to outward supplies up to 26 May 2021.

While the latest order may be considered as fresh relief to litigants everywhere, it remains to be seen whether the actions taken by authorities, especially governmental bodies, against aggrieved parties, are in the spirit of the order.

[The authors are Joint Partner and Associate, respectively, in the Corporate and M&A practice at Lakshmikumaran & Sridharan Attorneys, Hyderabad]