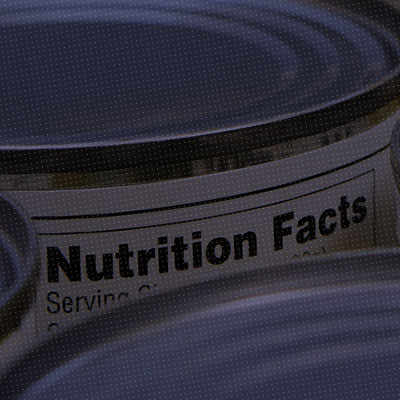 Background of the development of food safety law in India

Over the last few years, there have been significant changes in the national regulatory framework governing food standards and food safety. The enactment of Food Safety and Standards Act, 2006 (FSS Act) can be said to be the starting point of these changes. Prior to enactment of the FSS Act, food was regulated through Prevention of Food Adulteration Act, 1954 and various other orders issued by the Government. The FSS Act was enacted to consolidate the laws related to food and to regulate various aspects of food business. The FSS Act established the Food Safety and Standards Authority of India (FSSAI) for regulating the manufacture, storage, import, sale etc. of food articles. The FSS Act enabled the formation of the Central Advisory Committee, Scientific Committee and Scientific Panel for developing science-based standards. It definitely was a big step forward for ensuring safe and wholesome food for human consumption. However, the momentum that was built on the introduction of the FSS Act was somewhat derailed when the regulations were brought in. Primarily it was because the regulations were brought in after lapse of more than five years and even then, those were not up to the mark as they were not in sync with changed times. The new regulations were more of an eye-wash and that was reflected when the ‘Nestle-Maggi’ dispute erupted.

Though the ‘Nestle-Maggi’ dispute mostly revolved around credibility of the test reports and labelling violations, it ended up highlighting various other issues related to regulation of food in India. Post the ‘Nestle-Maggi’ dispute, the Government took note of the existing lacunae in law and the handling of the whole situation. The Government made necessary re-assessments in order to bring the momentum back on the right track. Thereafter, the process of rebuilding started and since then the FSSAI has been moving in the right direction. Now, regulations covering almost all aspects of the food trade are in place. Standards of most of the products and additives are at par with international standards. Regulations have also been brought to grant prior approval to non-specified food and food ingredients. Separate regulations on advertising and claims provide a more structured way to permit substantiated claims on food products. Third party auditing systems have been developed to make a gradual shift from reliance on regulatory inspection to self compliance by food businesses themselves. Moreover, the FSSAI has also put regulations in place for organic food labelling and certification. The FSSAI is a lot more proactive in taking care of the concerns of the industry. For example, it has upgraded its online Food Licensing and Registration System (FLRS) to a harmonised and more user-friendly Food Safety Compliance System (FoSCoS). FoSCoS will not be limited to licensing and registration only. It is being developed as a pan-India umbrella IT platform for all food safety regulatory needs including online annual return platform, food import clearing system and audit management system.

Inconsistencies exist in various parts of the FSS Act and the regulations made thereunder. The inconsistencies exist probably because the regulations were brought in several phases and different set of people worked in those different phases. Inconsistency can be seen sometimes in the stand taken by the FSSAI as well. For example, the FSSAI has changed its stand on registration/licensing of exporters and e-commerce portals without there being any change in the law. Another way to look at it is that the FSSAI is demonstrating flexibility in its stand provided convincing representations are made before it.

Challenges can be seen in implementation of laws which lie with the State food authorities - India is a union of States wherein there are 28 States and eight Union territories. The State food authorities are still not very well trained in the changed laws and regulations which at times leads to unnecessary inconvenience to food businesses. So, it is important to understand their shortcomings and handle the situation accordingly. Upgradation of state level laboratories is still a work in progress and may take some more time.

In addition, many amendments under the FSS Act and the regulations have been suggested which are pending before the Parliament for approval. Once these amendments come into force, the regulatory regime is expected to be a lot smoother.