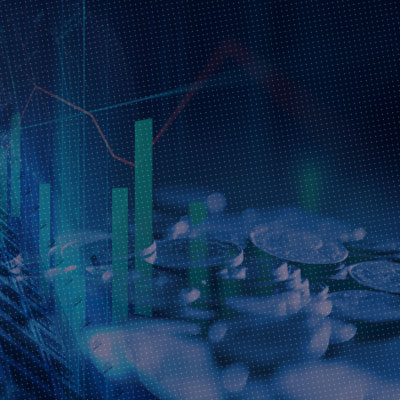 As tax professionals we get excited every time we hear news about Goods and Services Tax (“GST”) Council holding periodical meetings. Some of the GST Council meetings, particularly the ones held during the second half of financial year 2017-18 have more or less been small scale budgets, with announcement on various trade facilitation measures such as reduction in the rate of tax of goods and services, taxpayer friendly clarifications and simplification of process relating to furnishing of returns, processing of refunds, e-way bill generation, etc.

We had similar expectations from the 40th GST Council Meeting held in June 2020, considering the fact that it was the first meeting amid COVID-19 pandemic and it was to take place after a gap of almost 3 months. The trade and industry made several representations seeking tax rate cuts, providing liquidity support by way of deferment of GST payments, resolution of inverted tax structure on certain products, allowing input tax credit (“ITC”) of GST paid on goods destroyed, written off or donated during the pandemic, setting up of GSTATs and Centralised AARs, inclusion of petroleum products into the ambit of GST, etc. To our surprise, the GST Council came out with the following decisions:

The above decisions clearly failed to cheer the industry as the GST Council merely announced procedural relief rather than substantive measures to boost the demand and revive the economy. The above decisions have partially addressed certain concerns of small tax payers that constitute over 82% of assessee base but contributing less than 3.5% to the GST revenue.

The representations made by large tax payers, who contribute approximately 95% of GST revenue, particularly from tourism, travel, hospitality and real estate sectors, were not even taken up by the GST Council. Considering the recent decisions of the Council, the large tax payers have got an indication that they need to be “Atmanirbhar” and not expect any relief from the GST Council.

The GST Council also took a decision to bring into force certain clauses of the Finance Act, 2020 relating to the newly constituted Union Territories, jurisdictional Commissioner for approvals relating to special audit and job work provisions and power to remove difficulties for an extended period of 2 years. These decisions were notified by CBIC on 24-06-2020. Interestingly, the notification giving effect to the amendment prescribing the time limit for taking transitional credits was issued within 2 weeks from the decision of the Delhi High Court in the matter of Brand Equity Treaties Limited & Ors. v. Union of India & Ors. [MANU/DE/1009/2020] with an attempt to undo the effect of the Court’s judgment, while the other amendments had to wait for ratification during the meeting of the GST Council.

At this juncture, it is worth noting that some of the crucial amendments from the Finance (No. 2) Act, 2019 relating to payment of interest on the net tax liability and setting up of National Appellate Authority for Advance Ruling are yet to be notified. Also, some of the important amendments from the Finance Act, 2020, for allowing ITC of GST paid on debit notes by delinking them from invoices and amendment to Schedule II have also not been notified yet. The GST Council has also deferred a crucial decision to resolve inverted tax structure on textile products, fertilizers and footwear.

While the GST Council has taken most of the decisions in the past with the objective of making GST law more and more assessee friendly, its secondary objective of enhancing tax collections has taken a massive hit. This is evident from the monthly GST collection figures released by the Government. It may be noted that during the financial year 2019-20, the GST revenue grew by 4%, year on year. This rate is trivial as compared to the growth rate of 14% (from the base year 2015-16) as agreed between the Centre and States, for compensating States to ensure that their revenue is protected.

Given the current slowdown in GDP and COVID-19 pandemic situation, the GST collection figures for the financial year 2020-21 are likely to remain sluggish. The Government is now contemplating on borrowing funds to compensate the States. It is therefore evident that the focus of GST Council will shift from trade felicitation measures to revenue augmentation approach. In my view, there are two means of achieving this goal. The simple way would be to increase the rate of tax across the board while the scientific way would be to plug the loopholes in GST with help of data analytics.

The Hon’ble MoS (Finance) has stated in the Parliament that approximately Rs. 45,682 crore worth of GST evasion had been detected within a period of 2 years. So, the Government’s priority is now to plug these loopholes and boost revenue. Some of the steps taken by the GST Council recently to curb the evasion and improve tax collection are as under:

The intention behind introduction of these provisions may have been to identify and restrict fraudulent and bogus transactions, however, they have adversely impacted genuine taxpayers by curtailing their right to claim refund resulting in blocking of working capital. It is also pertinent to note that the above amendments have been introduced through a delegated legislation (Rules) and some of these are likely to be challenged in the court of law as being ultravires the Act.

The biggest achievement associated with GST in India is the depiction of cooperative federalism and GST Council should be appreciated for the same. However, its recent decisions have failed to meet our expectations for revival of the reeling economy by way of more substantial changes. As we complete three years under the GST regime, it is time for the Council and the Government to introspect if we are moving in a right direction of achieving the objectives with which the law was introduced. The biggest challenge before the Council is taking all the stakeholders on board and dealing with unresolved issues in GSTN portal.

On the one hand, it needs to boost revenue in view of the pandemic and on the other hand, it needs to make compliance a simple and assessee friendly process. The GST Council is, thus, faced with a humongous responsibility of treading on a tightrope and performing a balancing act. We hope the GST council will strive to deliver these twin objectives.

[The author is a Joint Partner in GST advisory practice at Lakshmikumaran & Sridharan, Bengaluru]