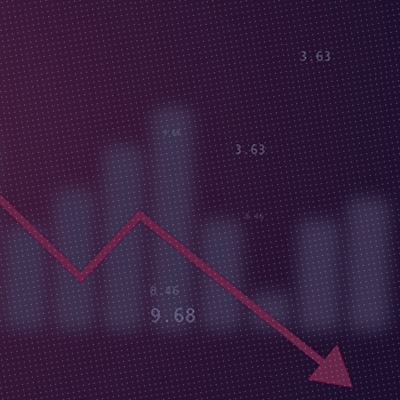 Novel Corona Virus Disease 2019, or COVID-19, has created havoc across the globe. Till date, the pandemic has infected lakhs of people across the world and the said number has been increasing rapidly each day. Due to outbreak of COVID-19, various countries including India, have imposed lockdowns to combat the spread of the disease. This unprecedented situation has impacted the economy, financial markets and business operations severely, and also led to the non-performance or delay and defaults in payments to the creditors/banks/financial institutions.

The Government of India, in order to safeguard the interest of corporate persons, had framed various schemes and granted several reliefs to the entities in India.

In this regard, to rescue those corporate persons who may commit defaults towards their debt obligations, the Central Government brought forth a slew of amendments for the Insolvency and Bankruptcy Code, 2016 (“Code”), including the raising of threshold for initiating the Corporate Insolvency Resolution Process (“CIRP”) under Section 4 of the Code, from one lakh rupees to one crore rupees, vide a notification issued by the Ministry of Corporate Affairs (MCA) dated 24 March, 2020.

The preamble of the Ordinance states that it has been promulgated to prevent corporates from being forced into insolvency/liquidation, due to unprecedented situations arising out of Covid-19 pandemic.

Highlights of the Amendments

The following are the highlights of the amendments introduced through the Ordinance:

In short, the operations of Section 7, 9 and 10 of the Code, that deal with applications filed against Corporate Debtors by Financial Creditors, Operational Creditors and the Corporate Debtors themselves, respectively, are suspended with immediate effect, for a minimum period of six (6) months, with respect to the defaults committed by the Corporate Debtors during the period i.e., between 25 March, 2020 to 24 September, 2020, or any other extended period. However, the said suspension of Sections 7, 9 and 10 is not applicable to the defaults committed by the corporate persons under the said Sections before 25 March, 2020..

Section 3(12) of the Code defines 'default' as non-payment of debt when whole or any part or instalment of the amount of debt has become due and payable and is not repaid by the debtor or the corporate debtor, as the case may be. The phrase ‘debt has become due and payable’ means that the debt is payable at the present moment. Whenever, as per the contract between the parties, debt is payable after a certain point of time or on happening of a certain event, the debt becomes due only after that point of time. Thus, if in a case, the debt is payable and the person has not made the payment, a default can be said to have occurred and an application against the same can be brought.

The Supreme Court of India, in the judgment of Innoventive Industries Limited v. ICICI Bank and Anr[1] had held that the moment the adjudicating authority is satisfied that a default has occurred, the application must be admitted.

Challenges under the Ordinance

While the present Ordinance can be observed as an immediate wave of relief for corporate persons facing challenges in their businesses during the pandemic, the Ordinance boasts of a few ambiguities that could prove detrimental in the long run.

Perpetual Applicability of Section 10A

As per Section 10A, the suspension is in place from 25 March 2020 till 24 September 2020, (“Exempted Period”) unless extended for another six months, which means the maximum suspension can last is till 24 March, 2021. However, the proviso to Section 10A states that “no application shall ever be filed for initiation of CIRP for default occurring during Exempted Period’ and therefore the proviso substantially enlarges the scope that is sought to be achieved by the main Section. The language of proviso seems to put a blanket, forever exemption for defaults committed during the Exempted Period. It is a well settled rule of interpretation that a proviso cannot substantially enlarge the main provision[2].

Further, the expression “no application shall ever be filed’ as used in the Proviso to Section 10A creates distress in terms of whether this means a complete abatement/ suspension of the trigger sections, available even after the Exempted Period ends, with respect to the amounts defaulted during the said Exempted Period. If that be the case, a forever protection granted for the defaults committed by corporate persons during the Exempted Period which would actually result in a permanent ban on CIRPs.

If it is to be interpreted in the above manner, the other alternatives available to creditors, in that event, would be filing of civil cases or proceedings under the Securitization and Reconstruction of Financial Assets and Enforcement of Securities Interest Act, 2002 (SARFAESI Act)/ Recovery of Debts Due to Banks and Financial Institutions Act, 1993 (RDDBFI Act).

No talk about personal guarantors

In times of unprecedent situations like this, the exit/closure of corporates should have been made easier. Instead, the Ordinance prevents filling and admission of voluntary insolvency applications, and this is self-defeating to corporate debtors. The only other options now available for the aggrieved debtors are winding up under Chapter XX of Companies Act, 2013 (this is not available to creditors), which has been rarely used after enactment of the Code, or voluntary liquidation under the under Part II of Chapter V of the Code (this is not available to corporates who have committed any defaults).

As per the Ordinance, any default occurred on or after 25 March, 2020 for a period of six months, is protected from the applicability of section 7, 9 or 10 of the Code. Vide the notification dated 24 March, 2020, the threshold for ‘default’ has been revised to Rupees 1 Crore. Different NCLT Benches through their various recent orders passed in Foseco India Limited v. Om Boseco Rail Products Limited[3], and Arrowline Organic Products (P) Ltd. v. Rockwell Industries Limited[4], had held that the notification of 24 March, 2020 increasing the threshold for default is prospective.

Therefore, for all defaults occurred prior to 24 March 2020, the default threshold is Rupees 1 Lakh, whereas the default occurred on 24 March 2020 alone, for which applications can still be preferred under Section 7, 9 or 10 of the Code, is Rupees 1 Crore. The newly introduced Proviso to Section 10A, defeats the purpose of introduction of the increased thresholds till such time Exempted Period continues.

The primary objective of the Code is re-organisation and insolvency resolution in a time bound manner for maximization of value of assets. In order to not abuse the same in the present economic scenario, notwithstanding the ambiguities, the Ordinance is a welcome move. However, the suspension may guide creditors to rely on enactments like SARFAESI Act/RDDBFI Act, thereby, retracting the reasons for the Code. It is also self-defeating to a corporate debtor since there is no direct imposition of moratorium on initiation of judicial proceedings, or the option to file for voluntary bankruptcy.

Further, any proceedings initiated under the Code for defaults committed on or after 25 March 2020 till 5 June, 2020 will be hit by the Ordinance and stand dismissed,.

The Ordinance, also, does not shine upon any special insolvency resolution framework for MSMEs under Section 240A of the Code, which was also in the pipeline, as per the Atma Nirbhar Bharat Abhiyan reforms. Though the notification dated 24 March, 2020 was intended to benefit the MSMEs, the notification is not line with such intention. Further, it is not actually very beneficial to MSMEs, since MSMEs will not be entitled to practically initiate any action until the threshold (now increased to Rs. 1 crore) which is very unlikely to cross.

Conclusively, it appears that the main purpose of the Ordinance, read with notification dated 24 March 2020 which increased the threshold limit, has been to merely ease the infrastructural and capacity constraints noose around the NCLTs and to discourage large volumes of applications filed for initiation of CIRP.