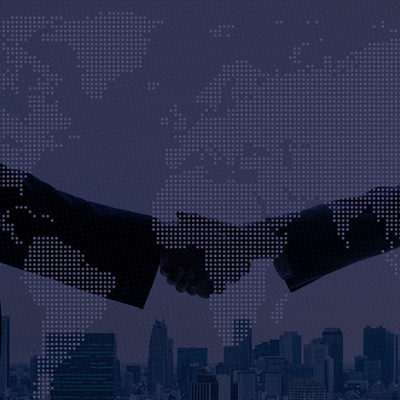 In November 2019, the Government of India (‘GOI’) surprised the international trading community by withdrawing from the negotiations for the Regional Comprehensive and Economic Partnership Agreement (RCEP), which it had been part of for several years. The GOI’s apprehensions were primarily on larger market access for merchandise from China. This was followed by an intense scrutiny of some of the existing trade agreements that India has entered into with certain Asian countries wherein India has been facing a negative balance of trade. With this experience in hand, India was looking to partner with countries which could offer more balanced trade opportunities and market access for Indian goods. Nearly two years after the RCEP withdrawal, the GOI has found new trade partners to open the doors for increased international trade.

The first half of the calendar year 2022 has marked two important milestones in this regard. In February 2022, India signed the Comprehensive Economic Partnership Agreement with the United Arab Emirates. Closing following it, in April 2022, India signed the Economic Comprehensive Trade Agreement with Australia (this agreement is yet to come into force). Both agreements signal India’s commitment to deepening trade and economic relations with the rest of the world.

India’s engagements with comprehensive trade agreements – Past and future

Besides being a founding and active member of the World Trade Organization at the multilateral level, India has also actively focused on trade initiatives at the bilateral and plurilateral levels. At present, India has comprehensive trade agreements with over ten countries. As the nomenclature suggests, the agreements are comprehensive in the sense they do not just contain provisions concerning tariffs on goods, but also chapters such as non-tariff measures, intellectual property rights, electronic commerce, and market access for trade in services.

It is notable that a limited number of India’s comprehensive trade agreements such as those with Singapore have a chapter on protection and promotion of investments, so much so that they have a chapter on investor-state dispute settlement. However, in light of India’s unpleasant experiences with the investment treaty provisions, India has consciously moved away from any negotiations on them. In fact, even though the India-Australia trade agreement has provisions on investment, the chapter only serves to clarify that decisions and requirements under their respective investment framework are expressly excluded from the applicability of the dispute settlement chapter.

Besides the above-mentioned agreements, and as mentioned earlier, India has begun negotiating comprehensive trade agreements with other countries as well. Some of these countries are Canada, the United Kingdom, the GCC, and the European Union (‘EU’).

Of these countries, the negotiations with the EU, which have resumed after a long hiatus, are being keenly followed by all stakeholders for the significant trade potential between the two countries that could be unlocked. However, they are also being keenly watched as they raise contentious issues such as standards of protecting intellectual property rights, market access for automobiles and spirits, etc.  It remains to be seen how these tricky issues will be resolved and what shape the final agreement will take.

Mapping of benefits under trade agreements

Trade and industry would be well advised to closely map the benefits under different trade agreements as it would also help them in formulating inputs to be given to GOI for the purposes of negotiations.

Rules of Origin and CAROTAR

In order to be eligible for tariff concessions available under a trade agreement, the trade agreement require that the goods must originate from the partner country. Provisions governing the same, called Rules of Origin, vary between products (product specific rules) and agreement to agreement.

It may be recollected that in Budget 2020, the GOI introduced Section 28DA into the Customs Act, 1962 for strengthening the rules of origin mechanism. To give effect to Section 28DA, the GOI introduced the Customs (Administration of Rules of Origin under Trade Agreements) Rules, 2020 (‘CAROTAR’), which impose comprehensive substantive and procedural obligations on the importer for ensuring that the rules of origin imposed under trade agreements are complied with.

Thus, while members of trade and industry in India may be enthusiastic in utilizing the tariff benefits available under the trade agreements, they should be equally cautious about ensuring that the applicable rules of origin are complied with. Further, since CAROTAR requires some information that only the producer/exporter can provide, cooperation of the producer/exporter becomes important for the importer to demonstrate that the imported goods meet the origin criteria.

Though the dispute settlement provisions in trade agreements have been seldom used, the existence of these provisions give legal certainty for their enforcement and convey that the partner countries are committed to the same.

However, it is important for all stakeholders, including the GOI, and trade and industry, to remember that the engagement through comprehensive trade agreements should not end with the signing or the entering into their force. All stakeholders should periodically and intensively review whether these trade agreements have delivered the benefits they are expected to, and exercise options where necessary, for appropriate course correction.

[The authors are Partner and Principal Associate, respectively, in WTO and International Trade Division in Lakshmikumaran & Sridharan Attorneys, New Delhi]