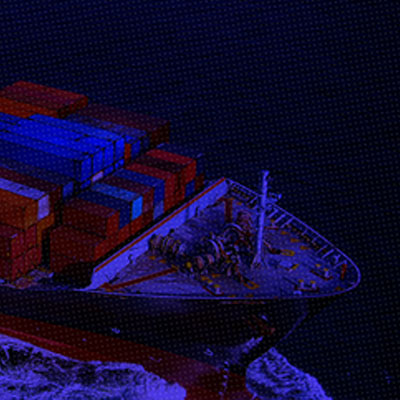 OFAC - Insights into the US sanctions regime

In the previous article[1], we shed light on the nature and extent of Western sanctions. We explained that among the numerous measures adopted by the Western nations in response to the Russia-Ukraine conflict, unilateral sanctions have been employed as a primary instrument to economically penalize Russia and its allies such as Belarus.

As a leading user of sanctions, the United States has one of the most comprehensive legal frameworks for imposition of sanctions that it can be mind-boggling for both US and foreign businesses alike. One of the key agencies implementing sanctions in the United States is the Office of Foreign Assets Control (‘OFAC’). This article intends to discuss some of the salient aspects of the US sanctions regime as administered by the OFAC.

The OFAC is a body under the United States’ Department of the Treasury. It “administers and enforces economic and trade sanctions based on US foreign policy and national security goals against targeted foreign countries and regimes, terrorists, international narcotics traffickers, those engaged in activities related to the proliferation of weapons of mass destruction, and other threats to the national security, foreign policy or economy of the United​ States”.[2]

The power for OFAC to implement sanctions derives from statutes enacted by US Congress, Executive Orders issued by the US President and the federal regulations formulated by the competent branch of the US government.

One of the key mechanisms by which the OFAC gives effect to the sanctions administered by it is the list of Specially Designated Nationals (‘SDN’). The SDN list is a list of specifically sanctioned persons, companies, or organizations whose assets in the United States are frozen by the OFAC and with whom engaging in business is strictly prohibited. It is understood that one of the reasons for maintaining such a list is that the persons in the SDN list may move from country to country or may be operating from more than one country.

One of the important aspects of the SDN list is that the OFAC also prohibits US persons in dealing with an entity that is not part of the SDN list, if 50% or more of the entity is owned, directly, or indirectly, by an entity or person named in the SDN list.

It is important to note that the prohibitions imposed vide sanctions administered by the OFAC are not absolute in nature. That is, a US person may obtain a license from the OFAC for engaging in transactions with the sanctioned entities. There are two types of licenses that can be issued by the OFAC: a. General; and b. Specific. While general licenses authorise a class of persons to engage in a particular type of transaction, specific licenses are issued to a particular person or entity to engage in a specific transaction. There are specific terms and conditions attached to both these licenses which are to be strictly complied with. The OFAC’s regulations may also provide for a specific licensing policy for specific transactions where such transactions are considered in line with the U.S. Foreign Policy and national security objectives.

Violations are strongly deemed by OFAC as a hazard to international relations and national security. The offenders thus risk financial penalties spanning from a few thousand to several million dollars as well as jail term of up to 30 years. There may be financial and criminal repercussions if an OFAC requirement is not followed. In fact, when an investigation is ongoing, the OFAC may block (freeze) property of the alleged violators.

Civil monetary penalties of up to USD 250,000 or double the value of the underlying transaction, whichever is larger, may be imposed for violations of the sanctions. Anyone found guilty of wilfully committing, attempting to commit, colluding to commit, or aiding or abetting the commission of a breach of the Executive Orders or the Regulations may face criminal penalties of up to USD 1,000,000, 20 years in prison, or both.

The US sanctions regime as administered by the OFAC is comprehensive and imposes substantive obligations. The obligation to comply with sanctions administered by OFAC is upon US persons, which have been defined in US law to include all US citizens and permanent resident aliens regardless of where they are located, all persons and entities within the United States, all US incorporated entities and their foreign branches. However, there may be circumstances where a non-US person may be subject to OFAC sanctions.

Many Indian companies are subsidiaries of US incorporated or resident businesses, or branches of such businesses. In such a scenario, they would be obliged to comply with the obligations under laws administered by the OFAC. To comply with these obligations, Indian businesses may need to strengthen customer authentication and due diligence procedures to verify that the eventual beneficiaries of any goods supplied, or service provided are not on the SDN List.

It would be advantageous to check upcoming operations in sanctioned regions to identify the recipients and owners of counterparties and clients. Before moving through with a transaction involving parties based in sanctioned regions, it is advised that Indian businesses operating outside of India have a compliance monitoring system to build, enforce, and regularly update a strong sanctions compliance system. This system should focus on promoting a compliance culture and instruct staff members on how to comprehend and follow the compliance system's rules. Further, Indian businesses must also put in place required measures, policies, and processes to reduce the likelihood of violations by adopting risk assessment and highlighting warning signs to enhance the system and corporate governance through routine audits.

[The author is an Associate in WTO and International Trade Division in Lakshmikumaran & Sridharan Attorneys, New Delhi]