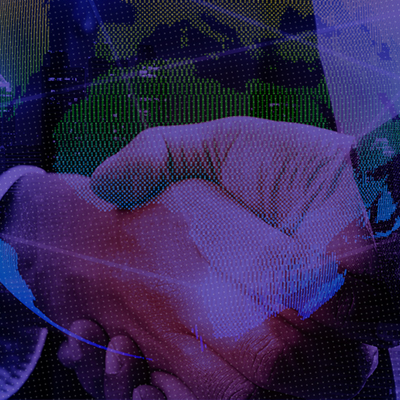 In March 2022, India and UAE entered into a Free Trade Agreement. This Agreement is known as Comprehensive Economic Partnership Agreement  (‘CEPA’). Among different aspects of trade and investment that were negotiated and incorporated under this agreement, the chapter on government procurement stands out. Under the WTO Treaty Regime, trade in government procurement markets is governed through the Agreement on Government Procurement (‘GPA’). GPA is a plurilateral agreement which means that all WTO members are not parties to it. Presently, it has 48 members and 11 observers. In 2010, India also decided to become an observer member of the GPA, however, as of now India has no plans on entering the GPA.

Before the India-UAE CEPA, India has entered into several other FTAs with ASEAN countries, Japan, Mauritius, Malaysia, Singapore and Sri Lanka. In all these agreements India never took any specific obligation to open its government procurement market for foreign producers and service providers. For the first time under CEPA India has entered a market access arrangement with any country.

Features of the chapter on government procurement

Chapter 10 of CEPA covers trade in government procurement market of goods, services or their combination. It includes contractual procurement including those for purchase, rent or lease. Just like the GPA, under CEPA, obligations for government procurement market are hinged on two basic concepts namely: National Treatment and Non-Discrimination. National Treatment means that both India and UAE have agreed to treat suppliers from the other country no less favorably than their local suppliers. Non-Discrimination means that both the countries would not discriminate between their local suppliers merely because they are procuring goods or services from the other party to the agreement. All these obligations would only apply if the value of government procurement is more than the threshold agreed by India and UAE in their schedules of commitments.

Benefits of inclusion of a government procurement chapter

The schedule of commitments agreed by UAE, covers government procurement by 41 central government entities. These entities include the Ministry of Health and Prevention, Energy and Infrastructure, and the UAE Space Agency to name a few. Indian industries would now be allowed to participate in procurement undertaken by these entities. It is estimated that the size of Government Procurement in UAE is around USD 6.8 billion at federal level. This would open doors for Indian suppliers in several sectors like pharmaceuticals, medical facilities and services, and infrastructure.

India in its schedule of commitments has also opened government procurement for UAE suppliers in 34 central government entities including Ministry of Economic Affairs, New and Renewable Energy, power etc. but has excluded subordinate entities to central government ministries and government owned companies. Procurement related to health care sector and agricultural products has also been excluded. Thus, this agreement has not only opened new opportunities for the Indian industries in the UAE but has also increased the competition in government procurement in India.

While opening its government procurement market, India has also been cautious of protecting the interests of its domestic producers and suppliers and especially the MSMEs. India has set a high threshold for opening its government procurement market. India’s commitment vis-a-vis government procurement are only limited to cases where procurement value of goods, services, or construction services is more than INR 200 crores. On the other hand, UAE has retained the threshold at much lower level and its commitments would cover all government procurement above INR 1.6 crore for goods and services and INR 60 crore for construction services. Thus, the MSME sector in India is safeguarded from the big UAE players as they won’t be able to participate in contracts where procurement value is less than INR 200 crore. The Indian schedule also makes it clear that procurements under Public Procurement (Preference to Make in India) Order 2017 will not be covered under the CEPA. Thus, even with the increasing competition, the Indian industry falling under this category will be preferred and has a chance to get alluring government tenders. No such limitations are present in the UAE’s schedule. Thus, this may prove to be more beneficial to the Indian players than UAE’s.

The chapter is only applicable to the Central Government Ministries and Departments and is not applicable on State and Local entities. Thus, the players from UAE will only be able to compete in tenders at the central level, and at local level, the interest of the Indian industry is largely safe.

India is not a party to the GPA but with the beginning of incorporation of government procurement chapters in its FTAs, India has now opened a gateway to ignore the plurilateral commitments in the WTO Agreement and has shifted its focus towards specific commitments. This allows India to take a more targeted approach on what sectors it wants to open on non-discriminatory basis and to whom they open these sectors. Through negotiations, the participating countries can also tweak their own commitments and decide their own level of commitments.

Though the chapter on government procurement has opened the UAE markets for India, there are certain provisions that will be revisited in the future. For now, Dispute Settlement provisions are not applicable on obligations undertaken for government procurement. However, this shall be revisited after 3 years from the date of entry into force of the CEPA.

The India-UAE CEPA is the first time India has agreed on specific commitments on government procurement. Though this has opened both Indian and UAE markets, the extent to which they have opened would become clear in the near future. Both the countries have safeguarded their interests, be it the exclusion of constructions projects or pharmaceuticals. The impact of this facilitation of government procurement on India’s economy and future negotiations will be keenly watched.

[The authors are Senior Associate and Associate, respectively, in WTO and International Trade Division in Lakshmikumaran & Sridharan Attorneys, New Delhi]