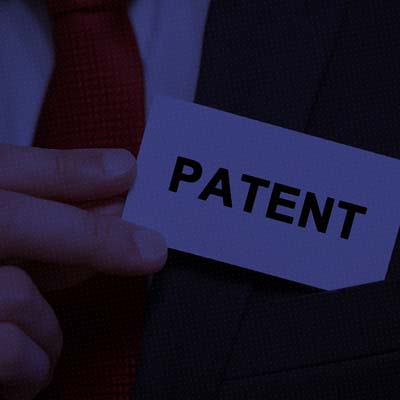 Patents – Patentability with respect to inventive step and proof of right

In the case of Stempeutics Research Pvt. Ltd. v. The Assistant Controller of Patents & Designs[1], the Intellectual Property Appellate Board (‘IPAB’) adjudicated patentability with respect to inventive step under Sections 2(1)(ja) and 3(e) of the Patents Act, 1970 (‘Act’). The IPAB also addressed the issue of submission of proof of right under Section 7(2) of the Act.

Stempeutics Research Pvt. Ltd (‘Appellant’) is a life science company that develops and commercialises novel drugs based on adult stem cells. It filed an appeal against a refusal order under Section 15 of the Act, dated January 9, 2017, whereby the Assistant Controller of Patents & Designs (‘Respondent’) refused to grant the patent in respect of Indian Application No. 2932/CHE/2009 (‘Patent Application’) comprising claims 1 to 12, on the grounds of lack of inventive step (claims 1-12), Section 3(e) of the Act (claims 11-12), and for non-filing of the proof of right within the time limit prescribed under Rule 10 of the Indian Patent Rules, 2003.

The Appellant filed a patent application for an invention titled, “METHODS OF PREPARING MESENCHYMAL STEM CELLS, COMPOSITIONS AND KIT THEREOF” on November 27, 2009. Thereafter, the Respondent issued the First Examination Report (FER) on November 28, 2013 pointing out that the complete specification was beyond the scope of the provisional specification, that the originally filed claims 1-15 fell within the scope of Section 3(j) of the Act, and the Appellant had not complied with the requirements under Section 7(2) of the Act. The FER also stated that the question of novelty and inventive step would be considered after compliance with the above objections.

The Appellant filed a reply to the FER on February 06, 2014.  On September 10, 2014 the Respondent issued the hearing notice wherein, apart from maintaining objections under Sections 3(j) and 7(2) of the Act, new objections were raised under Sections 2(1)(i) and 3(e) of the Act, Section 6 of the Biodiversity Act, 2002, Form-I and Section 10(4) of the Act, and that the claims lacked clarity and support in the complete specification. Thereafter, an oral hearing was conducted, followed by the Appellant’s written submission wherein the Appellant filed an amended set of claims. Vide impugned order dated January 09, 2017 the amended claims were rejected by the Respondent, causing the Appellant to approach the IPAB in appeal.

The Appellant asserted that the patent application relates to stem cells, specifically Mesenchymal Stem Cells (‘MSC’), which is a specific type of stem cell that can grow into specialised cells such as blood cells and bone cells, amongst others. It was further asserted that at the time of filing the Patent Application, prior art in the field of MSC consisted only of products with MSC from a single donor and corresponding preparation methods. Further, the prior  art  was teaching away from combining MSC from different donors owing to the higher risk of rejection and associated complications due to compatibility issues between the donor and recipient.

It was argued that the Appellant’s pooled MSC was prepared by obtaining MSC from a single donor, which was cultured to prepare a master cell bank composition; multiple master cell banks with single donor MSC were prepared, and thereafter combined to form a pooled MSC. This pooled MSC was cultured to obtain the Working Cell Bank composition and the final product i.e., claims 11 and 12, respectively, of the Patent Application. Claims 1-10 of the Patent Application elucidated the method to prepare the compositions, whilst claims 11 and 12 listed the compositions of the pooled MSC.

As per the Appellant’s submissions, claims 11 and 12 had been successfully translated to the practical treatment of medical conditions in the form of STEMPEUCEL, a pooled MSC stem cell drug envisaged by the Patent Application, and that it satisfied the safety requirement and functional purpose. Owing to the danger of injecting external donor cells and the possibility of the recipient’s body attacking the donor cells as foreign particles and rejecting them, the Appellant submitted that they had conducted compatibility tests along with immunosuppressant drugs to reduce the strength of the recipient’s immune system to accept the donor cells.

A total of eight (8) inventors helped create the Patent Application, all of whom were employees of the Appellant. The initial five (5) inventors were named in the provisional application filed on November 27, 2009, and the corresponding proof of right was filed within the six (6) month period under Rule 10 of the Indian Patents Rules, 2003. One of the five inventors left the Appellant, who in turn filed an affidavit to confirm the same. The remaining three (3) inventors were later added to the complete application and proof of right was timely filed.

The Respondent’s objection was that the inventor who left had not signed the declaration form within the time limit as prescribed under Rule 10 of the Patent Rules, 2003. Despite having submitted the affidavit, the Appellant nonetheless obtained a declaration form from the inventor but the Respondent raised an objection yet again, stating that it was not filed within the time limit under Rule 10.

In NTT DoCoMo Inc. v. The Controller of Patents and Designs,[2] the IPAB recognized the importance of proof of right but went ahead and quashed the order of the Controller which rejected the patent application on the basis of non-compliance of Section 7(2) of the Act and allowed the Applicant to file necessary proof of right document.

Ineligibility under Section 3(e) of the Act

As per Section 3(e) of the Act, a substance obtained by mere admixture resulting only in the aggregation of properties of the components is not an invention.

The IPAB referred to Lallubhai Chakubhai Jariwala v. Chimanlal Chunilal and Co.,[3] wherein the Bombay High Court had held that in the case of a combination, if the inventor had tried to see which of the many things, that are common knowledge, produced a new and useful result and if he succeeded in proving that the result was arrived at by a particular combination, the combination will be eligible as a patentable subject matter.

The IPAB also pertinently noted that most inventions are a combination of old elements.  The mere existence in the prior arts of each of the elements would not ipso facto mean that the invention would be barred under Section 3(e) of the Act. The IPAB held that Section 3(e) of the Act would apply only when a claimed product was obtained by combining known or already existing ingredients, and not when integers of the claimed product itself was unknown.

The IPAB observed that the pooled MSC was novel, inventive, and showed enhanced viability when combined with the specific combinations mentioned in the Appellant’s claims. The Respondent’s rejection under Section 3(e) was not per law, and the IPAB found the objection to be unsustainable.

The Respondent rejected the Patent Application on the ground that optimisation of a parameter and ingredient concentration variation was routine experimentation and did not involve ingenuity, and was thus not inventive over the cited prior art.

However, the Appellant argued that the cited prior art provided products with single donor MSC and none of them suggested the pooling of MSC from multiple donors. The Appellant additionally submitted that MSC products had not been widely employed to treat medical conditions, and MSC as a therapeutic was still a developing area. The Appellant emphasized that pooling MSC to prepare a product could not have been envisaged by a skilled person since even the concept of injecting a single donor product was unpredictable.

The Appellant asserted that none of the cited prior art documents, individually or in combination, taught or motivated pooling of MSC of multiple donors to arrive at a pooled MSC product. It was argued that the teachings of the prior art documents solely focussed on MSC from a single donor, followed by further processing of such single donor MSC without hinting or even remotely suggesting that pooling of MSC from multiple donors could even be an option.

The Appellant referred to the decision of Delhi High Court in Bristol-Myers Squibb Holdings Ireland Unlimited Company & Ors. v. BDR Pharmaceuticals International Pvt. Ltd. & Anr.,[4] wherein it was held that, in case a prior art document showed a concept of teaching away from the inventive step, the said prior art document could not be used to demonstrate that the invention was obvious and thus not liable to be patented. The Appellant also relied on various principles for assessment of inventive step as laid down in the said order. The Appellant, in this regard, asserted that the general art and the disclosure in the cited prior art documents were clearly teaching away from the critical concept/feature of the Patent Application (claims 1-12) i.e. pooled MSC.

The IPAB observed that the concept and method of pooling MSC from multiple donors was unheard of and unforeseen in the cited prior art. The IPAB noted that when compositions themselves were not envisaged by the prior art, arriving at the methods to prepare such unknown compositions was even more far-fetched for a person skilled in the art. The IPAB stressed that methods could not be randomly designed to pool MSC. Even a skilled person could not randomly introduce a method of pooling and expect the final product to work and give technically advanced solutions.

The IPAB also noted that on the contrary, such random introduction of mixing might cause the cells to die or give rise to negative interactions, as under normal circumstances, cells from one donor are not meant to interact with cells from another donor, let alone from three other donors. Hence, the IPAB acknowledged the inventive ingenuity in designing methods to pool the cells for the beneficial final product in the Patent Application.  The IPAB held that the compositions and methods described in claims 1 to 12 of the Patent Application were non-obvious/inventive over the cited prior art documents.

The IPAB additionally pointed out that the Patent Application with similar claims was granted in 18 countries. In this context, the IPAB observed that some importance could be given when a similar patent was registered in many other countries after having overcome the objection of prior art, novelty, and obviousness.  The IPAB admitted that while it may not have had any binding effect, the examiner could have taken this aspect into consideration at the time of examination and at the time of raising objections in the FER.

The IPAB stated as a general observation that, if cited prior arts by the IPO are different from the cited prior arts in USPTO and EPO, it may be justified that the IPO had done its examination as per law. However, where identical claims are granted in major jurisdictions but such patent claims are rejected in India, the same may be in contradiction to the statements and objects of the Patents Amendment Act, 2005, amounting to injustice, and against the principles of equity and fair play.

The IPAB set aside the impugned order and the appeal was allowed. The Respondent was directed to grant a patent and proceed as per the rules. Besides its contribution to the medical world, the order succinctly clarified employer-employee relationship, particularly in respect to creation of intellectual property, and highlighted the role of prior art in allowing a claim.

[The article has been authored by the IPR team in Lakshmikumaran & Sridharan, New Delhi]