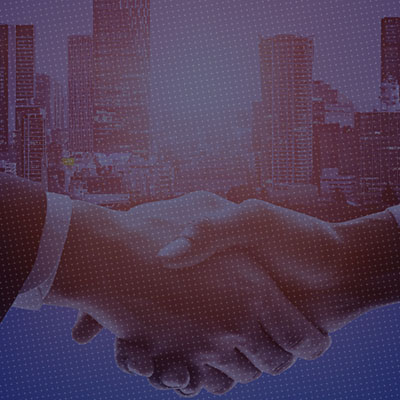 Since 1991, the opening of Indian markets during the liberalization, privatization and globalization drive in India led to a boost in international/ foreign trade. However, as is said, every coin has a flip side. With increasing globalization and international trade, the risk of non-payment/ non-realization against the exports made to the foreign importers has increased accordingly.

If analyzed from the angle of Foreign Exchange Management Act, 1999 (‘FEMA’), the obligation to secure payment against their respective exports is primarily on the exporter. The law demands that the exporters shall remain cautious, as even mere inaction from the part of exporter towards realization of export payments beyond the specified period is deemed as a contravention under FEMA. Therefore, risk mitigation with respect to the payment against exports has become a challenge for exporters.

On that note, firstly, this article focuses on the exporters’ obligations upon non-realization of export payments from erring foreign importers, and the legal and other remedies available with the exporters where the export transactions are not secured in any manner. Secondly, since the non-realization/ repatriation of export proceeds are considered a contravention, the options under the FEMA laws with respect to the same.

As per Regulation 9 of the FEMA Regulations, the exporter is under an obligation to realize the export value within the stipulated period i.e., nine months from the date of export, or fifteen months in case where goods are exported to a warehouse established outside India. Otherwise, the exporters are deemed to be in contravention under the FEMA laws. The law expects from the exporters to take all reasonable steps to realize the payment from the foreign importers in due time.

Any non-payment against the goods supplied by the exporter to a foreign importer is an offence under Section 55 of the Sales of Goods Act, 1930 and such exporters are entitled to civil remedies available under the laws of India. The exporters can initiate recovery proceedings by filing a money suit before the jurisdictional civil court under the provisions of the Code of Civil Procedure, 1908 (‘CPC’). Initiating a civil proceeding against an importer / foreign entity within the territory of India as per Indian laws is permissible under CPC, unless it is against a ‘foreign state’ for which special prior permission must be obtained by the central government in accordance with Section 86 of the CPC.

Alternative Dispute Resolution Mechanism includes arbitration (domestic and international commercial arbitration), mediation, and/ or conciliation, through which parties can settle their disputes including disputes related to foreign trade. However, the requirement such as an existing arbitration agreement between the parties as per Section 7 of the Arbitration and Conciliation Act, 1996 (‘Arbitration Act’), a written invitation to conciliate as per Section 62 of said Act etc. must be fulfilled for the same. Before initiating any civil proceedings in terms of the abovementioned point, it is necessary to check if the agreement entered into between the parties, if any, or the respective purchase orders in place for carrying out trade transactions indicates or contains the provision for an alternate dispute resolution mechanism. If yes, then the parties should proceed in accordance with the same.

The non-payment or non-realization of the export proceeds within the specified period i.e., nine months or as the case may be, under FEMA Regulations and Foreign Trade Policy 2015-2020 is also deemed to be a trade dispute. The Directorate General for Foreign Trade (‘DGFT’) has established a complaints portal i.e., Quality Control and Trade Disputes (‘QCTD’) for the interest of the Indian and foreign exporters and importers. Under this portal, Indian exporters can register a compliant online on the DGFT website. Such complaint request made by an Indian complainant is thereafter sent to the respective Indian Mission Abroad of the subject country for action.

However, there is not much clarity as to what exact remedies the Indian exporter could expect through this portal, as it is silent on the procedural aspect. However, an assumption could be drawn under a parallel scenario. Where at the same portal, if a foreign importer registers a complaint against the Indian exporters, then in accordance with the provisions of the Foreign Trade (Development and Regulation) Act, 1992 (‘FTDR Act’), the DGFT investigates such complaints and if found satisfactory, penalties such as suspension or cancellation of Importer Exporter Code (IEC) under Section 9 of the FTDR Act, can be imposed. Accordingly, a similar action could be initiated by the trade regulatory body of the subject foreign country once such complaint is forwarded by the Indian mission abroad to the regulatory body of the subject foreign country.

D. Remedy by filing suit against the erring foreign importers in the subject foreign country-

The exporters also have the option to file a suit against the erring foreign importers in the importer’s country as per their laws. The exporter may engage a lawyer in the subject foreign country and file civil proceedings for the recovery of money or an insolvency application or any other action against such foreign importer, as advised by the foreign lawyer.

Options under the FEMA laws with respect to contravention for non-repatriation:

Generally, if exporters fail their obligations, they are deemed to be under contravention. While the aforesaid are the remedies for recovery of amounts/ ensuing repatriation of export proceeds, the FEMA laws also allow certain additional options for the exporters to explore:

A. Representation before the Authorised Dealer Bank and/ or the RBI-

As per the Export Master Directions as well as FEMA Regulations, the exporters who fail their obligation, can make a representation before the Authorised Dealer Bank (‘Bank’) describing the reasonable steps taken by them for the realization of the export payment. As per Para. C.20 of the Export Master Directions, the Bank, after analyzing whether the exporter failed to realize the payment because of reasons beyond exporter’s control, may take a decision of extending the period of export realization for up to six months and not beyond.

The exporters seeking certain specific remedy/ directions beyond the ambit of the Bank, may make a representation before the regional office of the RBI. After analyzing such representation, certain directions can be issued by the RBI as it deems to be expedient for the purpose of securing the payment.

As per Para. C.23 of the Export Master Directions, the exporters have an option to self write-off the unrealized export bills. They may also approach the Bank to write-off such bill if the exporter is desirous of writing-off beyond the threshold limit of 5% of the total export proceeds realized during the calendar year preceding the year in which the write-off is being done. The Bank, in such cases, can allow write-off up to a threshold of 10% of the same value.

For exporters who failed to take any reasonable steps for realization, and further failed to seek any direction from the RBI for extension / write-off, or if the RBI refused to give such directions, there are sufficient grounds for the concerned authority to initiate proceedings for contravention under FEMA. As per Section 13 of the FEMA, a penalty up to thrice the sum involved in such contravention may be imposed. This can also be considered as a continuing offence if the exporter did not take any action even after the expiry of the stipulated period.

The exporter can, therefore, consider going for compounding of the offence, as per the procedures mentioned under the Master Direction – Compounding of Contraventions under FEMA, 1999, as soon as possible in order to mitigate the effect of continuing offence.

These days, there are certain ways through which the exporters can secure their export payments such as relying on a Letter of Credit, Documentary Drafts, etc. However, the most effective amongst them is export credit guarantees. A range of export credit guarantees are provided by the Export Credit Guarantee Corporation of India Limited in the form of insurance covers to the Indian exporters against the risk of non-realization of export payments. Conclusively, it may be borne in mind that the loss of export payments is not an individual loss but the loss of nation’s foreign exchange, which affects India’s balance of payments. Hence, in all these ways, the exporters may strive to secure their export payments.

[The author is an Associate in the Corporate and M&A advisory practice at Lakshmikumaran & Sridharan Attorneys, Hyderabad]