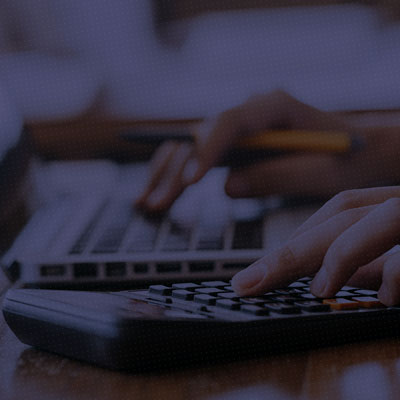 The Income-tax Act, 1961 (‘IT Act’) provides for various obligations which are to be carried out by an assessee. One such obligation is to deduct tax at source at applicable rates when an income is chargeable to tax under Section 4(1) of the IT Act. Chapter XVII of the IT Act provides for various types of incomes on which an assessee would be liable to deduct tax at source. However, when an assessee fails to carry out the said obligation, the assessee may be subject to penal consequences provided for under the IT Act. The authors in this article would be dealing with a peculiar issue of simultaneous applicability of two penal provisions being Sections 221 and 271C which may be fastened on the assessee for non-deduction/ short deduction of tax at source.

Section 271C of the IT Act provides that if any person fails to deduct the whole or part of the tax as required in terms of the Act, then such person shall be liable to pay, by way of penalty, a sum equal to the amount of tax which such person failed to deduct or pay.

From this it can be seen that if an assessee fails to deduct tax at source at applicable rates, he/she could be imposed with penalty under two provisions simultaneously.

Can an assessee be penalized twice for the same default?

Applicability of Rule of Double Jeopardy

As per Article 20(2) of Constitution of India, no person shall be prosecuted and punished for the same offense more than once. The said rule of double jeopardy is also embodied in Section 26 of the General Clauses Act which in more specific terms provides that where an act or omission constitutes an offense under two or more enactments, then the offender shall be liable to be prosecuted and punished under either or any of those enactments but shall not be liable to be punished twice for the same act or omission, by way of two separate penalties, which in nature, belong to the same genus.

The Hon’ble AP High Court in CIT v. Maduri Rajeswar[1] made an interesting observation that proceedings entailing a penalty under the IT Act cannot be equated to the prosecution attracting punishments for ‘offences’ under Article 20(1).[2] It was further observed that penalty under the IT Act is levied for an act or omission of the assessee, not because it is an offence but because it is an attempt at evasion in the payment of tax. The inference which can be drawn from the said decision is that an act or omission by an assessee for which penalty can be levied under the IT Act cannot be categorised as an offence as referred to in Articles 20(1) & 20(2) of the Constitution of India. If such an inference is made, the rule of double jeopardy as per Article 20(2) may not be applicable to cases where penalty under two provisions may be levied for the same default under the IT Act.

Reference in this regard shall be made to the decision of the Hon’ble Calcutta ITAT in ITO (TDS) v. Titagarh Steels Limited[3]. There was a lapse on part of the assessee wherein instead of 15%, it had deducted TDS at 8% which resulted in short deduction of TDS. In view of the default, proceedings under Section 201(1) were initiated. Further, the AO also initiated penalty proceedings under Sections 271C and 221 also. The question before the Hon’ble Tribunal was whether an assessee can be penalized twice for the same offence. It was observed that an assessee cannot be punished twice for the same act or omission, by way of two separate penalties which, in nature, belong to the same genus. It was further observed that penalty proceedings are quasi criminal proceedings and therefore, the underlying principle of Article 20(2) of the Constitution of India, as also of Section 26 of the General Clauses Act, would apply to penalty proceedings under the IT Act. The Hon’ble ITAT held that since Sections 221 and 271C belong to the same genus, both the penalties cannot be imposed as a consequence of the same lapse of short deduction of tax at source.

The consequent question that further arises for consideration when only one penalty is imposable, under which provision can such a penalty be imposed.

In order to analyze the same, it is imperative to elaborate on the insertion of Section 271C of the IT Act. Section 271C was inserted vide Direct-tax Amendment Act, 1987 w.e.f. 1 April 1989. The CBDT vide Circular No. 551 dated 23 January 1990 explained the intent behind introduction of the said provisions. It stated that prior to 1 April 1989, no penalty was provided for failure to deduct tax at source and that the said default only attracted prosecution under Section 276B. Thereafter, it was decided that the default which relates to failure to deduct the tax at source should be made liable to levy of penalty, while the default which relates to failure to pay the tax deducted to the Government, which is a more serious offence, should continue to attract prosecution. Therefore, Section 271C was inserted to provide for imposition of penalty on any person who fails to deduct tax at source as per Chapter XVIIB.

The Hon’ble Mumbai ITAT in Industrial Development Bank of India v. ITO[4] agreed to the views taken by the Hon’ble Calcutta ITAT in Titagarh decision. Additionally, the Hon’ble ITAT observed that Sections 221 & 271C operate in different spheres i.e., Section 271C will get attracted if there is non-deduction or short deduction and Section 221 will get attracted only if the assessee deducts tax at source but fails to remit it to the Central Government within the specified timeline.

It can be inferred from the above discussion that there are two possible interpretations to the peculiar issue in hand. Firstly, as per the Hon’ble ITAT decisions discussed above, one may argue that as far as default of non-deduction/short deduction of tax at source is concerned, penalty under Section 271C alone may be attracted. However, on the other hand, relying on the High Court decision in the case of Maduri Rajeswar (supra), one may make an inference that the protection from double jeopardy as enshrined in Article 20(2) [which was one of main guiding principles in the Hon’ble ITAT decisions supra] will not be applicable to penal proceedings under the IT Act. Resultantly, the uncertainty regarding applicability of dual penalty for non-deduction/ short deduction of tax at source persists. Therefore, the authors are of the view that the said issue may get resolved if the CBDT issues necessary clarification in this regard.