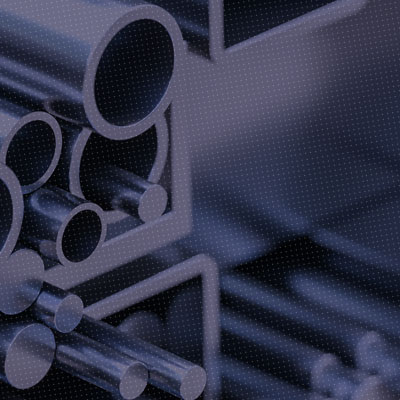 Quite naturally, and given the trade impact of the measures, many WTO members including India initiated complaints in 2018 challenging the WTO consistency of the measures under the WTO’s dispute settlement process. After nearly four years, the WTO panel, in United States – Certain Measures on Steel and Aluminium Products circulated its reports arising out of some of the individual complaints instituted by China (DS544), Norway (DS552), Switzerland (DS556), and Turkey (DS564).

The panel reports, which were circulated on 9 December 2022, have outrightly held the measures to be inconsistent with various provisions of the General Agreement on Tariffs and Trade (‘GATT’), most notably the security exception in Article XXI.

Since the very beginning of the imposition of the measures, the US made an argument that these measures were justifiable under Article XXI. The US’ defense that measures under Article XXI are self-adjudicating and cannot be scrutinized by a panel seemed to be a jurisprudential challenge to the panel and the complainants. However, with this ruling, the panel has very wisely settled this point of law. This article is intended to discuss the panel’s key findings concerning the consistency of the US’ measures with GATT Article XXI.

Justiciability of measures taken pursuant to the security clause

In its defense before the WTO panel, the US argued that the said measures were justified under Article XXI (b)(iii) of the GATT, which enables a WTO Member to take measures which are necessary for, inter-alia, the protection of its essential security interests taken in time of war or other emergency in international relations. For ease of reference, the relevant clause is reproduced hereinbelow:

Nothing in this Agreement shall be construed

(iii)   taken in time of war or other emergency in international relations; or

At the threshold, the US argued that the use of the phrase ‘it considers’ in the security exception was a self-judging exception in that it was not justiciable, i.e., did not permit a WTO panel to sit in judgment over the validity of the measure. However, the panel boldly pierced through this defense and held that while Article XXI(b) gives a Member a right to take action it considers necessary, this did not detract from the requirement that such action had to be taken in consonance with the conditions and circumstances prescribed in the three paragraphs under clause (b).

It may be recalled that the issue of justiciability of measures taken pursuant to the security exception has previously been adjudicated by a panel in Russia – Traffic in Transit (DS512). In that dispute, the panel expressly rejected Russia’s argument that the panel lacks jurisdiction to review a Member’s invocation of Article XXI. The panel therein ruled that the power to review whether the requirements of Article XXI have been met is not entirely self-judging.

In this context, the panel’s ruling in Russia – Traffic in Transit set an important precedent for the present dispute in holding that the measure must be connected and be plausible in relation to the essential security interest articulated by the defending Member.

Before the panel, the US relied upon Section 232 reports that formed the basis of the measures to argue that the worldwide excess capacity of steel could damage its domestic steel sector such that it would not be able to increase or maintain production of steel required to address national emergencies. This excess capacity, according to the US, constituted an ‘emergency in international relations’.

However, the panel wasted no words in dismantling the US’ tenuous defense and held that the situation of excess global steel capacity was not one that could be equated to the gravity or severity of tensions on the international scale so as to constitute an ‘emergency in international relations’. In fact, the panel relied on the term ‘war’ to inform the meaning and context of what could be an ‘emergency in international relations’ since the latter phrase immediately follows the word ‘war’ in Article XXI(b)(iii).

The panel further held that the Section 232 steel and aluminium reports issued by the US Department of Commerce did not identify or address the existence of an ‘emergency in international relations’. This is an important finding that shows the inadequacy of the US’ investigation process under section 232 for meeting the criteria under Article XXI.

When President Biden of the less conservative Democratic Party was voted into power in 2020, it was expected that the US Government would tone down its nihilistic rhetoric towards the multilateral trading system and withdraw measures that seemingly violate WTO law, most notably the Section 232 measures. However, irrespective of such change in guard, the United States continues to maintain status quo in respect of such measures.

The US Trade Representative has already put out a bold statement unequivocally expressing its intention to not comply with the findings of the panel report.[2] Further, the US is quite likely to appeal the panel report to the Appellate Body, which ironically, the US has driven to the ground. Though the US’ detraction from the rule of law in the WTO’s rules-based system is not unknown or surprising, WTO Members may find relief in the fact that the panel has outrightly held these infamous measures as inconsistent with WTO law.

[The author is a Principal Associate in WTO and International Trade Division in Lakshmikumaran & Sridharan Attorneys, New Delhi]

[1] Section 232 empowers the US government to investigate whether any product is being imported in such quantities or circumstances such that it impairs the US’ national security. The investigating body (the US Department of Commerce) may accordingly recommend measures on such imports.