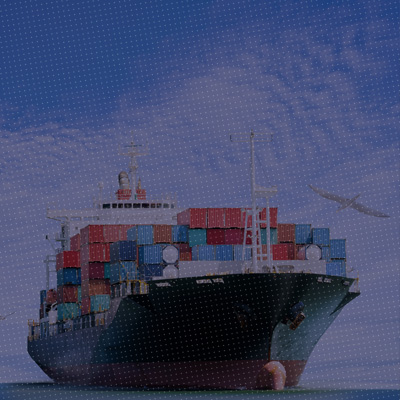 Provisions concerning anti-circumvention of anti-dumping duty are contained in Rules 25 to 28 of the Customs Tariff (Identification, Assessment and Collection of Anti-Dumping Duty on Dumped Articles and for Determination of lnjury) Rules, 1995 (‘AD Rules’). As per Rule 25, anti-circumvention investigations are conducted in respect of alleged circumvention of the anti-dumping duty (‘ADD’) already imposed on a particular product originating in or exported from a particular country(ies).

(2) The designated authority shall issue a public notice recording its findings.

Rule 27 is clear that the DA may recommend the retrospective imposition of ADD from the date of initiation of the anti-circumvention investigation. However, are the DA’s powers in this regard mandatory or discretionary in nature? This issue was recently examined in a recent final determination issued by the DA.

Original proceedings before the Designated Authority

ADD on imports of ‘Cold rolled flat products of stainless steel of width of 600 mm upto 1250 mm of all series further worked than Cold rolled (cold reduced) with a thickness of up to 4 mm’ (‘PUC’ or subject goods’) from originating in or exported from China PR, Korea RP, European Union, South Africa, Taiwan, Thailand and USA was imposed first on 20 February 2010 (subsequent to the original investigation) and continued on 11 December 2015 (subsequent to the first sunset review).

In the second sunset review, by final findings dated 20 January 2021, the DA has recommended continuation of ADD. Pending the decision of the Ministry of Finance, the ADD continues to remain in force till 31 January 2021.

However, before the initiation of the second sunset review, the DA initiated an anti-circumvention investigation on 19 February 2016. This investigation was initiated subsequent to an application filed by the domestic industry, which alleged that the ADD on the PUC was being circumvented by the imports of products with the same description as the PUC but having widths above those described and covered under the scope of the PUC (the allegedly circumventing products under investigation or ‘PUI’).

It is relevant to note that the anti-circumvention proceedings were stayed by the Delhi High Court by its order dated 27 April 2016 subsequent to a Writ Petition filed by an importer, Suncity Sheets Pvt. Ltd. This stay order was vacated only on 8 January 2017.

By final findings dated 18 August 2017, the DA recommended extension of ADD on imports of the PUI. However, as against the domestic industry’s request to recommend the extension of the ADD from the date of the initiation of the anti-circumvention investigation, i.e., 19 February 2016, the DA recommended the extension of ADD to the imports of the PUI from the date when the customs notification is issued pursuant to the said recommendation. Subsequently, the Ministry of Finance extended the imposition of ADD to the PUI from the date of issuance of the Customs Notification imposing the ADD, i.e., 24 October 2017.[1]

Proceedings before the CESTAT

On the other hand, the DA and other interested parties counter-argued by stressing on the recommendatory nature of the powers of the DA in the overall mechanism of anti-dumping investigations in India.

Though the construction of the term ‘may’ was central to the issue, the CESTAT, in its order dated 12 September 2019, did not delve deep into this issue. Instead, the CESTAT specifically noted that no reasons were contained in final findings as to why the anti-circumvention duty was not levied retrospectively. Therefore, the CESTAT was of the view that it would not be appropriate to examine the DA’s determination in the absence of reasons not recorded by the DA in its findings.

Without interfering with the ADD already imposed and extended from 24 October 2017, the CESTAT deemed it fit to remand the matter back to the DA for the limited purpose of recording a specific finding as to whether the ADD to counter circumvention should be levied retrospectively or prospectively.

Remand proceedings before the Designated Authority

Subsequent to the CESTAT’s remand order, the DA held an oral hearing and also invited written submissions from all the interested parties on this limited issue. The DA, in its final findings dated 27 December 2020, rejected the domestic industry’s plea for retrospective imposition of ADD and gave the following reasons for the same:

With regard to the discretion vested in the DA, the DA noted that Rule 27(1) consciously uses the word ‘may’ thereby giving the discretion to the DA in determining whether the ADD should be imposed either retrospectively or prospectively. The DA compared this with Rule 27(2), which uses the word ‘shall’. The DA was of the view that Rule 27 only mandates the DA to issue a public notice recording its findings. On the other hand, use of ‘may’ in Rule 27(1) gives discretion to DA to recommend prospective or retrospective levy in such findings. The DA proceeded to hold that that this deliberate and conscious choice of words ‘may’ and ‘shall’ in the same rule, by a literal interpretation, indicates that the discretion of the DA in recommending retrospective imposition of ADD was in fact envisaged.

In its findings, the DA has also been cautious of the need to balance the interests of bona fide users with that of circumventing users. The DA has been mindful in noting that the retrospective imposition of ADD would have also brought bona fide users of the PUI within the net of the extended anti-dumping duty. This was probably because bona fide users today may not have means to prove that imports made from 2016 were not for circumventing ADD.

Under customs laws, when a bill of entry is presented at the time of clearance of imports, it may first be provisionally assessed at declared value by the customs authorities before being finally assessed pending the production of any document or furnishing of any information by the importer including that of end use of the imported product. In a provisional assessment, the importer is required to furnish a bond undertaking to pay the differential duty with interest inter alia in cases of violation of terms of provisional assessment / failure to produce required documents. It may be noted that under Customs law, there is a maximum time limit of 2 years and 5 years to re-open a finally assessed bill of entry in bona fide and mala fide cases, respectively. On the other hand, there is no such time limit in cases of provisional assessment.

In the present investigation, the DA noted that there were no specific instructions for provisional assessment of imports of the PUI during the pendency of the proceedings, including from the Delhi High Court when it had stayed the investigation. In the view of same, the DA took the view that if ADD was imposed retrospectively in a situation where provisional assessment has not been undertaken, it would lead to significant challenges on reopening of assessments which have been made final. It would also be more difficult to deal with issues of recovering duty from final consumers especially when sold through traders.

Considering the golden rule of literal construction, the Authority seems to have rightly interpreted Rule 27 to hold that retrospective imposition of ADD is not mandatory. However, the soundness of the reasons for not imposing ADD retrospectively in the above investigation may come under challenge in light of the fact that the Customs Act, 1962 empowers customs authorities to initiate proceedings to recover customs duties which were not levied or short-levied upon the importer. Further, as stated, under the Customs Act, such proceedings can be initiated upto 5 years from the date of import even in cases of final assessment. Therefore, customs authorities are empowered to levy and recover ADD even in cases of closed assessments, subject to conditions.

Further, a jurisdictional question may arise with regard to the appropriateness for the DA to cite customs issues in deciding whether or not to recommend retrospective imposition of ADD under Rule 27, especially in the absence of any submissions in this regard from customs authorities. Nonetheless, the above decision is an eye opener in that it gives an insight into the DA’s mind in deciding when to impose ADD retrospectively, especially in circumvention cases.