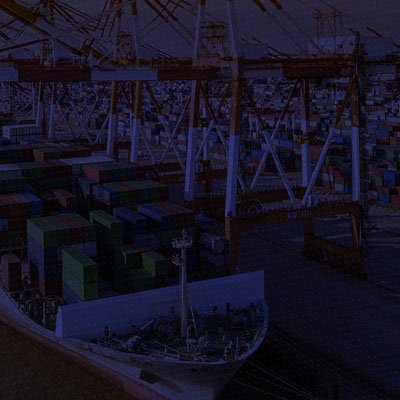 RoDTEP Scheme – Should it work within the budgetary limit?

The Central Government recently notified the much-awaited Remission of Duties and Taxes on Exported Products Scheme (‘RoDTEP Scheme’) with retrospective effect i.e., for exports from 1 January 2021, with certain exclusions. The RoDTEP Scheme has been notified under Chapter 4 of the Foreign Trade Policy 2015-20 (‘FTP’) which deals with the Duty Exemption/Remission Schemes, like, Advance Authorisation Scheme, DFIA Scheme, etc. As per the scheme notification, the RoDTEP Scheme should be implemented within the overall budget for a year finalised by the Ministry of Finance (‘MoF’). Whether imposition of such budget limit would allow the scheme to achieve its objective or would lead to unnecessary litigations and practical hurdles? This article endeavors to find answer to this question.

Objective of the scheme

As per Para 4.54 of the FTP, the objective of RoDTEP Scheme is to refund, currently unrefunded,

It is also provided under said para that the rebate under the RoDTEP Scheme shall not be available in respect of duties and taxes already exempted or remitted or credited.

The Central Government has also prescribed that the overall budget/outlay for the RoDTEP Scheme would be finalized by the MoF in consultation with Department of Commerce (‘DoC’) taking into account all relevant factors. The Scheme shall operate within a Budgetary framework for each financial year and necessary calibrations and revisions shall be made to the Scheme benefits, as and when required, so that the projected remissions for each financial year are managed within the approved Budget of the Scheme. The said aspect of working within Budgetary limit is prescribed as part of operating principle of RoDTEP Scheme.

Though the objective of RoDTEP Scheme is to refund the duties and taxes which are not refunded/remitted/credited under any other schemes, the same cannot be optimally achieved in view of the budgetary limit fixed.

The RoDTEP Scheme empowers the Central Government to reduce the rate of RoDTEP within a same financial year, in order to manage the disbursements within the approved Budget. This may lead to discriminatory treatment being meted to the equals. For instance, those who exported the goods during the initial part of the year may become entitled to avail more benefits than those exporting the very same products during later part of year, in view of the non-availability of funds for RoDTEP Scheme at a later point of time during the same year.

The MEIS Scheme was an export incentive scheme which was notified to incentivize and promote the export of goods. However, the RoDTEP Scheme is a duty remission scheme which merely refunds the duties and taxes suffered by the exported goods. Therefore, there should not be any budget limit for RoDTEP Scheme or capping the benefit.

The manner of arriving at the rate of RoDTEP for products of various sectors is similar to the way how the All Industry Rates (AIR) of duty drawback are determined, i.e., by calling industry-wise data by the Drawback committee and determination of AIR of Drawback. It may be noted that the Duty Drawback Scheme however recognizes that all the exporters under same sector may not suffer same amount of duties and taxes, and thus, there is a facility of claiming duty drawback at brand rate by those exporters who suffered more duties and taxes. The RoDTEP Scheme, being duty/tax remission scheme, also should recognize such principle and provide for fixation of exporter-specific rate of RoDTEP, like brand rate of duty drawback, to achieve the objective of RoDTEP Scheme.

Fixing the budgetary limit for RoDTEP Scheme may lead to reduction in rate of RoDTEP Scheme within the same financial year or fixation of cap on the amount of RoDTEP to be claimed per IEC holder, like MEIS Scheme. It is pertinent to note here that the Central Government’s decision to restrict the benefit of MEIS Scheme to INR. 2 crore per IEC has already been challenged in the case of Man Industries (India) Ltd., before the Gujarat High Court. Similarly, it might lead to treat the equals unequally by granting the higher amount of RoDTEP benefits for exporters who exported the goods during initial part of year and by granting lesser amount of benefits to exporters who exported the goods during later part of year, though both the exporters exported very same goods and both goods suffered same amount of duties and taxes. In fact, the same exporter may be getting different benefits for the same exports over a period of time considering the time when the export is being made, leading to uncertainty. In such case, the same may also be challenged before the Court of law on the Principle of Equality and arbitrariness.

Considering the potential practical and legal consequences of fixation of budgetary limit for RoDTEP Scheme, the industries may place appropriate representations before the Central Government and the RoDTEP Committee to remove such budgetary framework. For achieving the objective of RoDTEP Scheme, a request may also be placed for introduction of provisions for fixation of exporter-specific rate of RoDTEP, like brand rate of duty drawback, where the actual amount of embedded duties and taxes are much higher than the notified rate of RoDTEP. As a measure of ease of doing business and to avoid unnecessary litigations, the Central Government either suo moto or considering the representations from industries, may issue suitable amendments to the new scheme to set the potential issues in rest.

[The author is a Principal Associate in Customs law practice at Lakshmikumaran & Sridharan Attorneys, Bengaluru]