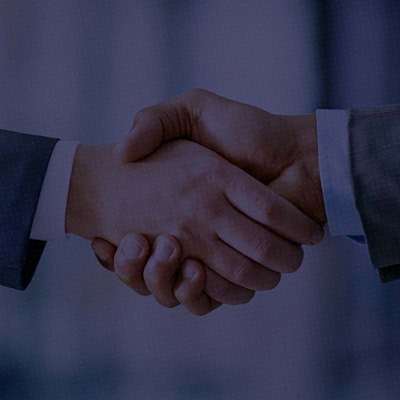 In this article, we will be reviewing the changes made by Securities and Exchange Board of India (‘SEBI’) in the related party transaction (‘RPT’) regime for listed entities. On 9 November 2021, SEBI issued the SEBI (Listing Obligations and Disclosure Requirements) (Sixth Amendment) Regulations, 2021 (‘Amendment Regulations’), vide which  several material changes have been made in the corporate governance regime pertaining to RPT disclosures and approvals for listed entities. SEBI has also issued a Circular dated 22 November 2021 (‘Circular’) to prescribe the information to be placed before the audit committee and shareholders for approval of RPTs.

Amendment to the definition of related party

Previously, the Securities and Exchange Board of India (Listing Obligations and Disclosure Requirements) Regulations, 2015 (‘LODR Regulations’) prescribed that a promoter or promoter group would be deemed a related party only when such entity held more than 20% shareholding in the listed entity. This position is set to change with these Amendment Regulations. With effect from 1 April 2022, any individual or entity forming part of the promoter or promoter group of the listed entity, irrespective of shareholding, shall be deemed to be a related party.

Further, any person or entity holding more than 20% equity shares in the listed entity either directly or on a beneficial interest (as per Section 89 of the Companies Act, 2013) basis in the previous financial year would also be deemed as a related party w.e.f. 1 April 2022. The threshold is set to be lowered to 10% w.e.f. 1 April 2023.

Amendment to definition of RPT

Transactions not considered to be RPT

Vide these Amendment Regulations, certain transactions have been excluded from the purview of RPT. Proviso to the definition of RPT provides that transactions of issue of specified securities on a preferential basis, as per SEBI (Issue of Capital and Disclosure Requirements) Regulations 2018, uniform offers to all shareholders of dividend, subdivision or consolidation of securities, rights issue or bonus issue or buy-back of shares shall not be treated to be RPT. Acceptance of deposits by banks/non-banking finance companies has also been clarified as not a RPT, subject to certain conditions.

The Audit Committee now has the additional obligation to define ‘material modification’ and disclose it as a part of the policy on materiality of RPT.

The only exception to the approvals is if there is a transaction between a listed subsidiary and RPT, or between two subsidiaries of listed companies whose books are consolidated, or whose accounts are consolidated with such holding company and placed before the shareholders at the general meeting for approval.

Changes brought in pursuant to the Circular

The listed entities must now provide the details of loans, deposits and inter-corporate deposits made along with the purpose for which the funds will be utilized by the ultimate beneficiary to the audit committee and shareholders at the time of consideration of the RPT.

Considering that RPTs would now include transactions by listed entities with third-parties which may have the effect of benefiting a related party, it may become cumbersome to provide a justification as to how such a transaction would be in the interests of the listed entity.

SEBI has brought in wide changes to the RPT regime under the LODR Regulations to plug the loopholes it has observed over the past few years. It remains to be seen how listed entities will cope with the increased approval and disclosure requirements and the secretarial compliances that will follow.

What is interesting to note is that while SEBI has deemed all transactions with third-parties which have the purpose and effect of benefitting a related party as an RPT, there is no clear guidance on what this test of purpose and effect would entail. This confusion is expected to be clarified by SEBI in future circulars.

[The authors are Associate and Principal Associate, respectively, in the Corporate and M&A advisory practice in Lakshmikumaran & Sridharan Attorneys, Mumbai]