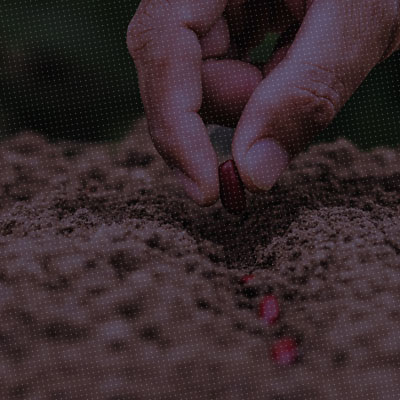 Agriculture is the primary source of livelihood for about 58% of India’s population. Gross Value Added (GVA) by agriculture, forestry and fishing was estimated at INR 19.48 trillion (US$ 276.37 billion (bn)) in 2020 and growth in GVA for the sector stands at 4% this year. In light of the above and acknowledging the pivotal role played by agriculture in the Indian economy, sustainable agriculture, in terms of food security, rural employment and environmentally sustainable technologies such as soil conservation, sustainable natural resource management and biodiversity protection, has been deemed essential for holistic rural development.

The Central Government has been highly proactive with its legislations and is constantly pushing to reform the sector, which requires not only active support from the State Governments but the farming community too.

“We need to take a step away from the Green Revolution, or the White Revolution that refers to milk and talk of an “income revolution” that is able to capture the entire value chain right from research up to the stage where the farmers are able to realize money in their pockets.” said Mr. Ashok Dalwai.

Accordingly, what is the need of the hour is a shift from production-centric infrastructure to market-centric infrastructure and giving market access to all the farmers, particularly smallholding farmers. What is required is moving away from business-as-usual and towards market orientation for agriculture, i.e., from agriculture as a welfare sector, to a business sector. This establishes the exactintent behind introduction of technology in agriculture and how it benefits or affects the various stakeholders of the sector, including seed manufacturing companies and corporates in this arena.

To stress on the new goal, being the use of data and information obtained from resources as on date to assist the agrarian community in drawing better yields and higher profits, this can be optimised by digitising the farm and the farmer. Especially right now, with the onset of COVID-19 and the social-distancing protocol affecting labor and agricultural input availability, smart agricultural technologies such as precision agriculture and Unmanned Air Vehicles (UAVs) etc., can be used effectively to manage agricultural fields remotely.

It can be argued that the motive of pushing digital innovation in agriculture alone is not enough to decide results. External factors such as erratic climatic conditions and policy changes, both nationally and across borders, can contribute heavily towards the lack of desired yields. Technological advances, in that case, become a one-stop solution to combat these factors and molding policies or foreign relations in terms of encouraging such advances as well as highlighting innovations amongst all, seems a guaranteed win-win.

This paper aims to touch upon all such salient features of the industry, including regulation, best practices in the industry, etc., from the perspective of an important stakeholder in the framework: the “seed industry”, and hopes to serve as a contributor towards achieving a digital agricultural economy.

Regulation of the agriculture sector

Before we begin to analyse the extent of integration of digital farming, best practices in agritech as on date, the impact of climate change and the technology necessary to halt the effects etc., it becomes relevant to understand from where the relevant policies draw their strength and how the sector is regulated.

The Constitution of India (Constitution), under Article 246, specifies the allocation of powers and functions between the Centre and the States. The Seventh Schedule of the Constitution contains the Union List, State List and Concurrent List. ‘Agriculture’ is part of Entry 14 of the State List, which means that all the issues related to agriculture are to be addressed by the States.

Agriculture is a peculiar subject that requires proper local knowledge. Every State has different climatic conditions, cropping patterns and different agronomical issues that make it necessary for agriculture to be a subject matter of the State. The legislative intent behind including ‘agriculture’ in the State List has been to specifically allow the State Governments to draw their own eco-system. The State Governments will, thus, always be in a better position to make laws and reforms for the growth and development of agriculture in India.

That being so, though there is a clear case of division of powers, the Central Government also plays an important role in the implementation of reforms for the sector. Under Article 249 of the Constitution, the Central Government has the power to legislate on any subject, even those in the State List, if the Centre considers this to be necessary in ‘national interest’. At times and for various reasons, the State Governments will not be in a position to bring out reforms in the sector. Accordingly, since agriculture is the most important and a sensitive subject, it is highly regulated by different government agencies. The laws, reforms and schemes for supporting the agricultural sector are controlled by both the Centre and the States. Guidelines for agricultural policies are issued by the Central Government’s Ministry of Agriculture and Farmers’ Welfare. The Central Government directly administers the central schemes and the State Governments regulates the state schemes.

At the core of the sector, the seed is the most important and vital input for agricultural production and productivity. The National Seed Corporation was formed in 1963 under the Ministry of Agriculture and Farmers’ Welfare for the implementation of seed legislation in the country.[ “Seeds,” Department of Agriculture Cooperation & Farmers Welfare, Ministry of Agriculture & Farmers Welfare, Government of India, accessed December 20, 2020, https://agricoop.nic.in/divisiontype/seeds.] It was in the year 1966 that the Seeds Act was enacted by the Parliament, to designate seed quality parameters, followed by the Seeds Rules in 1968 to comply with the procedural requirements during the implementation of the Seeds Act. Being a legislation brought by the Central Government, it is applicable to the whole of India.