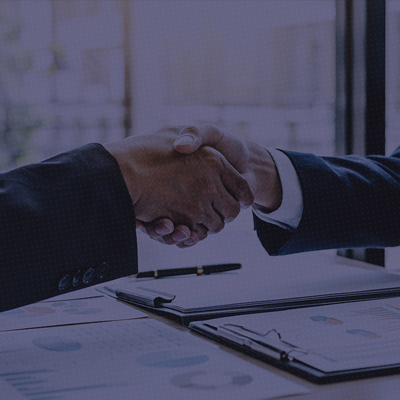 Special Purpose Acquisition Companies (SPACs): Are we ready to launch the spac-ship?

Introduction and lifecycle of a SPAC

Although the inception of modern Special Purpose Acquisition Companies (‘SPACs’) happened in the United States in the early 1990s, the recent spike in this phenomenon has undoubtedly taken the markets by a storm. A current favourite for companies intending to go public is by way of SPACs. They are commonly referred to as ‘blank cheque entities’ or ‘shell companies’, because they raise capital from an initial public offering (‘IPO’) to acquire an unspecified operating business.

It must be noted that SPACs have no active line of business activity or commercial operations and are formed for the sole purpose of raising capital through an IPO. Generally, a SPAC is established by experienced sponsors or managers with nominal invested capital of 20%. By leveraging their expertise, they raise the funds from public through IPO. The proceeds of the IPO are then held in a trust or an escrow account until the target is identified for acquisition. Once the target is identified, consent of the shareholders of SPAC is sought and those who do not approve of the proposed acquisition are given an option to exit, by redeeming their shares in the SPAC. The final step is the acquisition of the target, which is commonly referred to as the de-SPAC transaction. Once the acquisition is complete, the SPACs reflect the identity of the target company. Consequently, the unlisted target gets listed automatically. This entire process is usually completed in a span of 18-24 months.

In case the acquisition is not made within two years of the IPO, the SPAC is de-listed and the money is returned to the investors.

Given the faster execution of SPACs over a traditional IPO route, it is generally preferred by start-ups. Additionally, since the listing is through merger, they facilitate companies to go public without being subject to the complexities of the market, such as multiple investor negotiations, underwriter negotiations, valuation uncertainty, regulatory compliances and overwhelming documentations and filings.

Further, SPACs sponsors are mostly seasoned industrial professionals and investors. The process is further streamlined due to their existing goodwill in the industry, combined with their experienced management prowess and well-established track records in the relevant sector.

The primary regulations concerning SPACs in the Indian context are:

Given that these are new entity forms, there are a few matters which needs to be addressed under the Companies Act for their smooth and effective functioning. The Companies Act provides that a company is required to carry on the business as per the object clause in the constitution documents. As per Section 248(1) of the Companies Act, the registrar of companies (‘RoC’) has the discretion to strike off the name of the company if it fails to commence its business within one year from its incorporation.  For SPACs, the typical acquisition timeline is around 18 months or more. Considering that the SPACs do not have objects as well as operating business of their own and adopt the objects and the business of the target operating companies, this will prevent the functioning of a SPAC in India, as it usually takes about 2 years for a SPAC to identify a suitable target.

If a company fails to commence its operations within 1 year of its inception, it has the option of converting itself as a dormant company. However, the barriers which are created because a SPAC is a dormant company are as follows:

At the 18th Annual Capital Market Conference organized by the Federation of Indian Chambers of Commerce and Industry (FICCI), SEBI chairman Mr. Ajay Tyagi remarked that SEBI is actively examining the possibility of introducing a framework for SPACs in India. The Primary Market Advisory Committee had been vested with task, and detailed listing regulations shall be specified for these companies. The class of sponsors for a SPAC shall only be limited to sophisticated and seasoned group of investors. While these regulations are still in the consultation stage, the International Financial Services Centres Authority (‘IFSCA’) came up with a consultation paper on the issuance and listing of securities (‘Consultation Paper’), containing draft guidelines titled as IFSCA (Issuance and Listing of Securities, Regulations, 2021(‘IFSC Listing Regulations’) and invited suggestions for the same.

As per the Consultation Paper, it envisages the listing of SPACs on the international exchange at Gujarat International Finance Tec-City (GIFT City) and states that a SPAC shall be eligible to raise capital through an IPO of specified securities if: (i) the primary objective of the issuer is to effect a merger or amalgamation or the acquisition of shares or assets of a company having business operations; and (ii) the issuer does not have any operating business.

The Consultation Paper goes on to set forth the following amongst other things:

The issuer resulting from the completion of the business acquisition by the SPAC shall be required to meet the listing eligibility criteria set out in these regulations within 180 days, in order to continue the listing on the recognised stock exchange(s).

The meteoric popularity of SPACs may be attributed to the above discussed reasons. Since 2015, there have been approximately 700 SPAC IPOs. At the same time, it is not necessary that the SPAC-led transactions are always free from encumbrances and would yield profits. While SPAC experts remark that it is unfair to judge the success of blank cheque companies based on how they thrive post the deal, it may be noted that like any other business venture, SPAC transactions are also susceptible to market risks and pitfalls. Secondly, these companies have no other ‘tangible’ assets other than the funds raised, investors are likely to lose their assurance in them in the slightest face of turmoil- for the cash may be lost or wasted in a jiffy.

Nonetheless, many Indian companies have ventured on the SPAC route for their listing goals on the NASDAQ. For instance, recently, India’s leading and largest renewable energy producer, merged with a NASDAQ-listed corporation. Similarly, an online India-based travel agent platform has been listed on NASDAQ through a merger with SPAC firm. In any case, given the grey areas and hurdles posed by the Indian regulatory framework, SPAC-ships in India are not ready for a launch just yet. On the upside, the SPAC structure has well caught the attention of the regulators in the country. Thus, with an enabling framework in place, India shall hold a promising future for the SPACs

[The authors are Executive Partner and Senior Associate, respectively, in the Corporate and M&A advisory practice in Lakshmikumaran & Sridharan Attorneys, Gurugram]