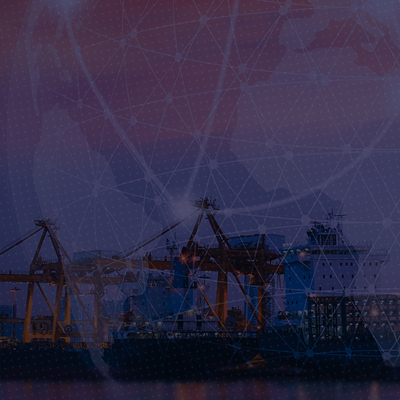 Neither the WTO’s Anti-Dumping Agreement nor the Customs Tariff (Identification, Assessment and Collection of Anti-dumping Duty on Dumped Articles and for Determination of Injury) Rules, 1995 (‘AD Rules’) prescribes the parameters that are required to be examined for determining this likelihood. The investigating authority therefore places reliance on the parameters prescribed for determination of threat of material injury in Rule 14 of the AD Rules.

This begs the question as to what is the standard of evidence that is required to be considered by an investigating authority: an issue which was recently examined by the CESTAT in the decision of All India Laminated Fabrics Manufactures Association v. Designated Authority & Ors. (decision of 28 February 2022).

The appeal under discussion was filed by the All India Laminated Fabric Manufacturers Association (‘Appellant’), an association of domestic producers of PVC Flex Film (‘PUC’), who sought extension of ADD in a second sunset review investigation on imports of the PUC from China PR. In the original investigation on imports of PUC from China PR, ADD was first imposed vide Customs Notification dated 30 July 2010. Thereafter, pursuant to the Directorate General of Trade Remedies (‘Authority’) recommendation to continue ADD in the first sunset review investigation, the Finance Ministry extended the ADD vide Customs Notification dated 8 August 2016 for a period of five years till 7 August 2021.

However, in the second sunset review, by final findings dated 28 October 2021, the Authority concluded that the likelihood of continuation/recurrence of injury to the domestic industry in the event of revocation of duty could not be conclusively established due to lack of sufficient independent corroborative evidence from the Appellant. The Authority therefore, recommended withdrawal of ADD on the import of PUC from China PR. Aggrieved by the Authority’s findings, the Appellant approached the CESTAT for setting aside the final findings of the Authority.

One of the key findings which formed the basis of the Authority’s conclusion was that the reliability and authenticity of a market research report relied upon by the Appellant to establish likelihood was suspect because neither the name of the author/publishing agency that prepared the report was mentioned nor any reference to the original source of data was cited in the report. The Authority therefore held that any conclusion with regard to likelihood of continuation/recurrence of dumping and injury could not be made on the basis of this report.

Another important aspect of the CESTAT’s judgment is that it held that it is not incumbent upon the Authority to give its conclusions on likelihood, having regard to the adequacy of evidence, in the disclosure statement which is issued under Rule 20 of the AD Rules. A disclosure statement is issued before the final findings and requires only disclosures of essential facts under consideration on which the decision of Authority would be based. The CESTAT held that the burden was on the petitioner to place on record sufficient and reliable evidence during the course of investigation to justify the likelihood of continuation of dumping and injury upon cessation of ADD. The CESTAT held that the determination cannot be based on guess work or on mere assumption or presumption but should be based on some tangible and positive evidence.

The CESTAT also noted that since the report did not give the source of the data contained in the report, such a report could not, therefore, have been relied upon by the Authority in view of the Rule 8 of the AD Rules, which requires the Authority to satisfy itself as to the accuracy of the information supplied by the interested parties upon which its findings are based, during the course of investigation. The CESTAT was supported in its findings by relying on its own decision, and later affirmed by the Supreme Court in Dye Stuff Manufacturers Association v. Govt. of India, which had similar facts regarding the evidence before the investigating authority.

The CESTAT observed that a sunset review requires the Authority to conduct a rigorous examination of evidence, which requires an appropriate degree of diligence on the part of the Authority since continuation of duty is an exception to the general rule of its cessation at the end of five years. Further, the investigating authority must have sufficient factual basis to support any affirmative determination of likelihood. In support of its findings, the CESTAT extensively relied on WTO panel decisions in US — Corrosion-Resistant Steel Sunset Review (WT/DS/244), US – Anti-Dumping Measures on Oil Country Tubular Goods (WT/DS/282) and Pakistan — BOPP Film (UAE) (WT/DS/538), decisions which establish important jurisprudence regarding examination of likelihood by the investigating authority.

It is a settled position of law that to prevail in an allegation brought before a court of law or even a quasi-judicial authority, it is important for the party alleging a fact, to prove the allegation. This legal standard is no different in proceedings before the investigating authority in ADD proceedings.

The CESTAT has established some critical jurisprudence regarding the standard of evidence that the petitioning industry is required to bring forward to justify its request to continue ADD in a sunset review. This judgment reinforces the notion that the evidence which the domestic industry brings forward regarding likelihood of continuation of dumping must be strong and not superficial.

[The authors are Partner and Principal Associate, respectively, in WTO and International Trade practice team at Lakshmikumaran & Sridharan Attorneys, New Delhi. Both attorneys were part of the team that represented one of the Respondents in the appeal under discussion in this article.]