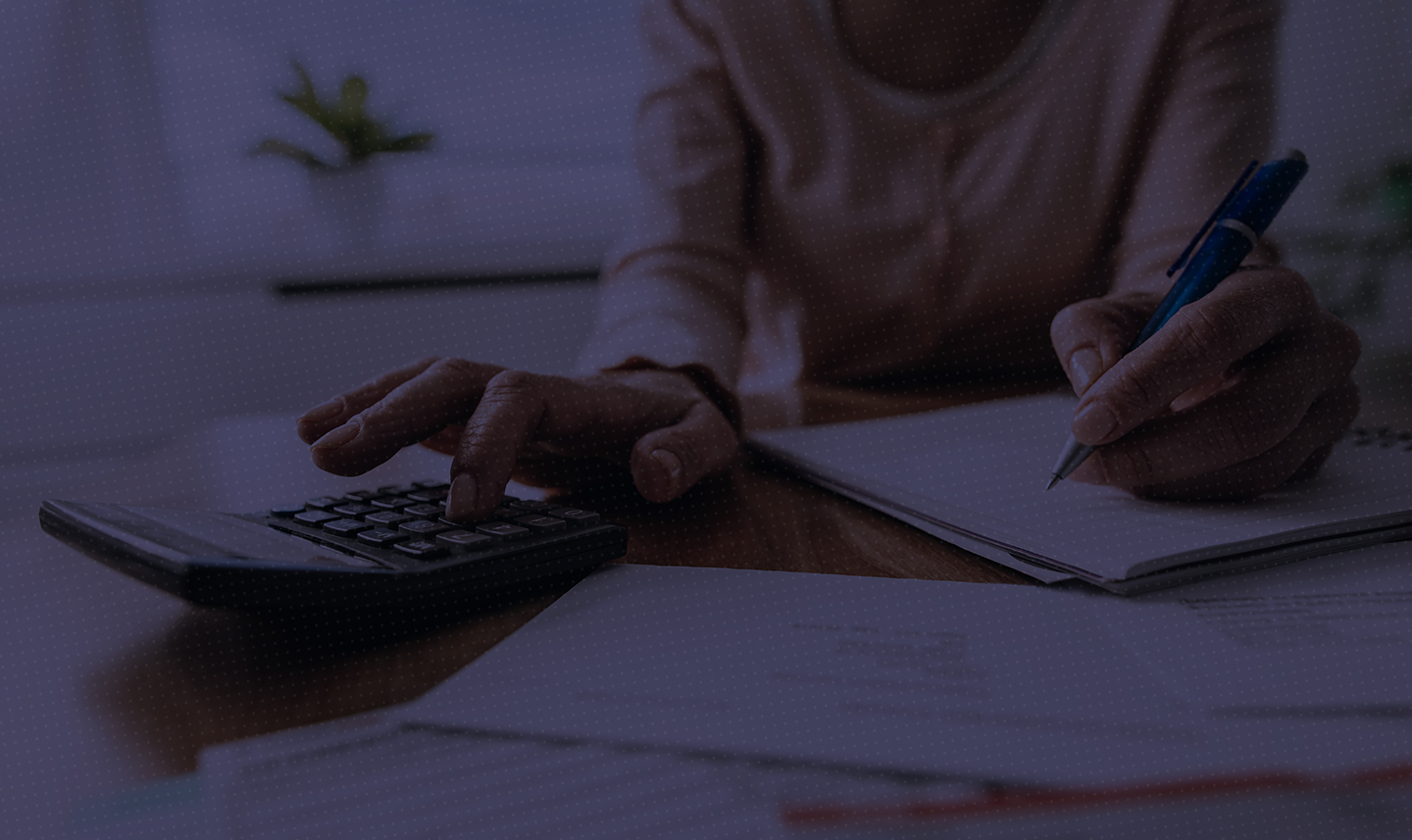 Taxability of interest on provident funds

Provident funds, for the purpose of the Income Tax Act, 1961 (‘IT Act’) can broadly be classified into three classes. First are Statutory Provident Funds, which are established under the Provident Fund Act, 1925 for employees working in Government or Semi-Government organizations, etc. Second are Funds set up under the Employees’ Provident Fund Act, 1952 or any other Fund as defined under Section 2(38) of the IT Act and those which have been recognised in conformity with the rules contained in Part A of the Fourth Schedule to the IT Act.  Third class of Funds are those that are not recognised under the IT Act.

This position of complete exemption has been changed vide Finance Act, 2021 by introducing two identical Provisos to both clauses of Section 10. The amendment seeks to tax notional interest on Employee’s contribution to specified provident fund, exceeding the threshold limit made on or after 1st April 2021. The threshold limit has been stated to be INR 2.5 lakh, which shall be increased to INR 5 lakh in the scenario where there is no contribution in the Provident Fund by the employer.  The Act has empowered the Central Board of Direct Taxes to notify the manner of computing the notional interest.

In furtherance of the amendment, Central Board of Direct Taxes vide Notification No. 95 dated 31 August 2021 notified Rule 9D in Income Tax Rules, 1962 (‘IT Rules’). It lays down the manner of computation of taxability of interest whereby Financial Year 2021-22 onwards, Provident Funds shall maintain two separate accounts within the Employee’s Provident Fund Account for taxable and non-taxable contributions. Only interest in ‘Taxable Contribution Account’ will be taxable in the hands of employees. This account includes employee’s contribution to specified provident fund exceeding the threshold limit beginning Financial Year 2021-22 and any interest thereto. On the other hand, employee’s contribution to specified provident fund up to the threshold limit beginning Financial Year 2021-22 and closing balance till 31 March 2021 along with any interest accruing on both will be treated as the ‘Non-Taxable Contribution Account’.

To sum up. the position on taxation of contribution and accretion to a Recognised Provident Fund, as it stood prior to amendment by Finance Act, 2020 can be summarised as under:

While the recent amendments have now sought to disallow the tax exemption of Clauses (11) & (12) of Section 10 of the IT Act on such interest on Provident Fund contributions, there is absence of any provision in the IT Act creating a charge on the same. While carrying out the amendment, the legislature should have similarly amended the relevant provisions to introduce a charging provision to allay any confusion and difficulties that will be faced by affected parties. Until such time, the accretion to the employee contribution, though income, is not in the nature of salary and to the best of author’s understanding, will be taxed under the residuary provision of Section 56 under the head Income from Other Sources in the hands of the employee.

Income is taxable in the year in which it accrues to a person. Payments received by the employees in the form of employer’s contributions towards Provident Funds become liable to be taxed as ‘profits in lieu of salary’ under Section 17(3)(ii) of the IT Act. But Section 17 cannot be read in isolation and must be read in conjunction with Section 15 of the IT Act. The term ‘due’ followed by the qualifying expression ‘whether paid or not’ in Section 15 shows that the present/former employer must be obligated to pay that amount which in turn creates a right in the employee to claim the same. A combined reading of Sections 15 and 17 leads to the inference that payments received from Provident Funds become taxable in the hands of the employee only when the amount becomes due from the employer, and such payments become due only upon the employee reaching the age of superannuation. Only upon the happening of one of the contingencies provided under the Provident Fund Scheme, can the beneficiary under the trust be determined. Until this condition is fulfilled, amount contained in the Provident Fund does not vest in the employee but rather remains vested in the trustees of the Provident Fund.

The Supreme Court while deciding the similarly worded Section 7 of the Income Tax Act, 1922 in L.W. Russel (supra) held that ‘Unless a vested interest in the sum accrues to an employee it is not taxable. No interest in the sum contributed by the employer under the scheme vested in the employee, as it was only a contingent interest depending upon his reaching the age of superannuation. It is not a perquisite allowed to him by the employer or an amount due to him from the employer within the meaning of S. 7(1) of the Act.’ This landmark judgment continues to be the law on the matter till this day, being upheld by Courts time and again and the said view is also supported the Commentary of Sampath Iyenger’s Law of Income-tax. It can similarly be extended to interpret the newly added Provisos to Clauses (11) & (12) of Section 10 of the IT Act as any interest that accrues on the balance of Provident Funds becomes payable to the employee only upon attaining the age of superannuation, and not before. Until such time, such interest will at best have a notional value.

Thereby, the liability to pay tax on any interest that accrues on any amount in excess of the threshold limit in ‘Taxable Contribution Account’ under Rule 9D(2)(b) of Income Tax Rules r/w Provisos to Clauses (11) & (12) of Section 10 of the IT Act will arise only when the same actually becomes due and payable to the employee on attaining the age of superannuation, irrespective of the computation of interest taking place on a monthly or annual basis.

Deduction of TDS is to be carried out by the entity from whom the income is received. Based on this principle, the charging provision plays a vital role in deciding the entity that is responsible to withhold tax. For the limited purposes of this paper, only aspects related to tax deductible as TDS as to interest on employee’s contribution is examined. In the case of a Provident Fund, it could either be the trustees of Provident Fund or the employer.

Here, the trustees are responsible for crediting the Provident Fund Account balance to the account of employees. It can safely be stated that as the employer is not responsible for paying the sums from the Provident Fund, the employer will not be liable to withhold tax on such sums. Moreover, the interest on employee contribution is earned on the basis of notified rates, or in other words, it is neither based on employer-employee relationship, nor receivable in the nature of salary to employee. This leads to the implication that Section 192 of the IT Act is not applicable as this interest is not in the nature of salary, thereby, even trustees of Provident Fund will not be liable to withhold tax on such sums. Another provision that holds relevance is Section 194A that deals with TDS on interest income. This in turn requires analysis of the definition of ‘interest’ under Section 2(28A) of the IT Act which is applicable to sums payable in relation to monies borrowed or a debt incurred. This is not pertinent to the present discussion as the resultant accretion of income due to the interest on employee’s contribution is being considered under this recent Amendment. Hence, even this provision is not useful.

There is no specific charging provision to determine the responsibility to deduct TDS. As discussed above, in the present scenario, to the best of author’s understanding, the interest on employee’s contribution will be taxed under Section 56 under the head Income from Other Sources in the hands of the employee. It must be noted that income under this provision does not attract the provisions of TDS of the IT Act and leads to outcome of the recent amendment possibly not creating any TDS liability and will remain so until requisite amendments are brought into the IT Act to introduce charging provisions.

The amendments in Clauses (11) & (12) of Section 10 vide the Finance Act of 2021 were brought in with the legislative intent to curtail excessive parking of monies in Provident Funds rather than using it as a secure investment scheme for the larger public, which was the reason for which it was introduced. Statistics show that only a small percentage of the investors in Provident Fund schemes will be affected by this amendment. Nevertheless, it cannot but be observed that this amendment is half baked in many ways. While it limits the tax exemption, it is severely lacking in creating both charging and machinery provisions that are necessary to ensure smooth procedure for assessees for an income that was hitherto granted blanket exemption. It remains to be seen how judiciary interprets this new tax or if the legislature proactively removes all doubts by promulgating specific provisions, similar to those that exist for the employer’s contributions towards provident fund account of employees.

[The author is an Associate in Direct Tax Team, Lakshmikumaran and Sridharan Attorneys, Mumbai]