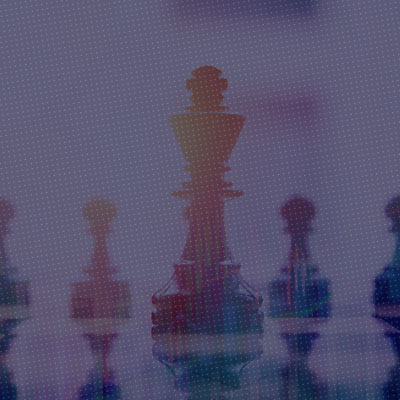 The Evolving Dynamics of Competition Regulation in Digital Markets

Rapid technological advancement has given birth to new products and services which are ever-evolving and an unchartered territory for competition regulators. Digital markets have grown from being considered an extension of brick and mortar markets to an alternate market unto themselves in less than half a decade. To keep up, regulators across the world including, the Competition Commission of India (“CCI”) have conducted extensive market studies into the e-commerce sector in the past year, to understand the nuances of the digital markets and the many issues posed by them to free and fair competition in India.

Digital markets have pushed the boundaries for traditional competition issues such as delineation of relevant market, establishing the relationships between commercial entities (platform markets) and assessing dominance and abuse. They have necessitated introduction of novel concepts of network effects, multihoming and data as an asset and a determinant of market position. The CCI so far has looked into anti-competitive vertical agreements and abuse of dominance issues aside from regulation of combinations in digital markets in India. Moreover, the e-commerce sector[1], digital advertisements segment[2] and recently, digital payments sector[3] have spiked the CCI’s interest.

The first challenge in examination of digital markets has been defining the relevant market itself. Delineating the relevant market is a sine qua non for an antitrust inquiry for it sets the context for the investigation. Digital markets revolve around innovation and give market disruptors (with small capital base and insignificant assets and turnover) access to a large consumer base; moreover, such entities have the ability to grow and expand at an exponential rate in a relatively short period of time. The other issue arises while determining the geographical reach. This makes the exercise of delineation of the relevant market extremely complex.

In one of the first investigations in the e-commerce sector, in an information filed against SanDisk and Snapdeal[4], the CCI dismissed allegations of abuse of dominance by Snapdeal for restraining the informant from selling SanDisk products on its online marketplace as he was not a licensed reseller for SanDisk. While determining the relevant market, the CCI observed that e-commerce platforms and traditional brick and mortar retail outlets form part of the same market, and e-commerce platforms were simply a channel of distribution since products available on the platforms and through retail outlets were the same from a consumer’s perspective.

In another case[5] involving online taxi booking platforms Ola and its competitor Uber the allegations pertained to abuse of dominance by way of offering heavy discounts to passengers and incentives to cab drivers associated with them. The CCI defined a narrow relevant market as the market for radio-taxi services in the city of Bengaluru (even though the cab aggregators had a similar business model across the country). Radio-taxi services were distinguished[6] from other modes of public transportation and the CCI rejected the cab aggregators’ assertion that the relevant market should be defined at a broader level since all alternative modes of transport posed an effective competitive constraint on the cab aggregators.

The issue of deep discounts as a subset of predatory pricing by online marketplace platforms was also assessed in the above case. In line with its precedent in MCX Stock Exchange[8] case, the CCI reiterated that giving discounts is not per se anti-competitive and it is only when a dominant player in the market sells a product, at a price which is lower than the cost of production of the product itself, with the intention to foreclose the competition in the market, that heavy discounts can be considered as predatory and anti-competitive in nature. Given the multiplicity of platforms with a negligible market share each, the online marketplace platforms were held to not be dominant in their relevant market, and no finding was made by the CCI regarding pricing tactics.

Resale price maintenance by a manufacturer on an e-commerce platform were analysed in the Kaff Appliances[9] case. The CCI discovered the dispute between Kaff and Snapdeal was simply that Kaff Products were being sold on Snapdeal at a discounted price which was below the market operating prices. Kaff in order to discredit the sales on Snapdeal issued a notice that products purchased from Snapdeal were counterfeit and warranties for the same would not be honored. CCI held Kaff to be in violation of Section 3(4)(e) of the Competition Act (resale price maintenance) since it was attempting to limit its authorized distributors from selling products at a discounted price on the Snapdeal platform. Therefore, CCI held that products sold on online marketplaces must be treated at par with the products sold by authorized distributors through brick and mortar outlets and the manufacturer cannot deny warranty or other post-sale services to the consumers who procure the products the products online.

The advent of digital markets has also created market segments which have no parallel in physical markets. One such case was started in 2012 when the CCI ordered investigation into allegations of abuse of dominance by the search engine behemoth – Google. For many years now, Google has been the definitive search engine for internet users, and it was alleged that Google was abusing its dominance in the relevant market by manipulating search results to show preferential search results for Google affiliates / subsidiaries at the top. In 2018, the case was concluded with the CCI imposing a hefty penalty of INR 136 crore upon Google for its actions.

On-going investigations and what the future holds

As digital markets continue to grow at an exponential pace, CCI has had to reinvent its approach about dealing with purported anti-competitive practices in this market. Moreover, the e-commerce market study has been a capacity building exercise which is now translating into investigations into various segments of the digital market. Currently, the CCI is investigating online travel agency (“OTA”), MakeMyTrip and budget hotel franchisor Oyo, for abuse of dominance in the hospitality sector by listing Oyo hotels’ first in the search results on the MakeMyTrip platform. Google is undergoing investigations for allegations of abuse of dominance in the android systems market for foreclosure of rival applications etc. Flipkart is being investigated currently for various allegations of abuse of dominance and anti-competitive agreements. The AIOVA case which was dismissed by the CCI was challenged before the NCLAT which has now directed investigation into the manner in which Flipkart is operating in India by indulging in predatory pricing and then claiming the loss as business expenditure before the Assessing Officer. Further, earlier this year CCI directed investigation against Amazon India and Flipkart for exclusive dealership agreements and deep discounting. In the past, the CCI on 6 occasions had refused to initiate investigation against Ola and Uber. However, after a series of protracted appeals, the Supreme Court in late 2019 directed the CCI to initiate investigation considering that Ola and Uber were offering heavy discounts to customers even at the cost of running heavy losses, which indicated the practice of predatory pricing in an attempt to foreclose a relatively new market.

It is evident that globally, competition authorities have been stumped by problems posed by digital markets. While the time-tested tools in the hands of these authorities are being adapted on the one hand, innovative mechanisms are also being contemplated to tackle the future. For instance, the Competition and Markets Authority of the United Kingdom has proposed the creation of a new body solely to deal with digital markets. Even within India, there is a raging debate as regulators and the Government are seeking to regulate digital markets through FDI policies and new laws to protect how digital markets can collect, store and use data generated by the consumers and the proposed amendments to the Competition Act.

[The authors are Partner, Joint Partner and Associate in the Competition & Antitrust Practice.]

[2] Google has been held to be dominant in the market for search results.

[3] Allegations of bundling of the UPI enabled Whatsapp payments feature with the Whatsapp messaging app in violation of abuse of dominance provisions of the Competition Act.

[6] The factors analysed while determining the relevant market by the CCI were; point-to-point pick and drop facility, ease of booking, pre-booking facility, round the clock availability even at obscure places, predictability in terms of expected waiting and journey time, reliability in terms of GPS/GPRS tracking, ease of payment, quality vehicles, professional and well-trained drivers, feedback facility etc.