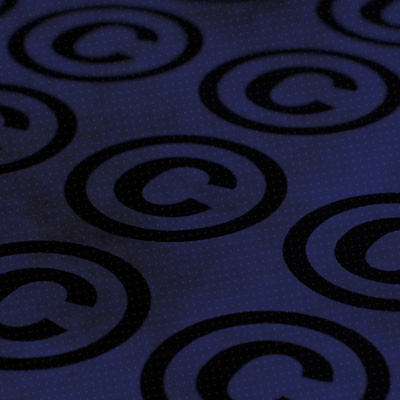 Timing of institution of a civil action is crucial

The Delhi High Court recently addressed an important issue under the copyright law, the idea-expression dichotomy, and rebuked the practice of litigants approaching the Courts for reliefs at the eleventh hour without any justification[1].

Vinay Vats (‘Plaintiff’) had approached the High Court of Delhi, by instituting a suit for copyright infringement against Fox Star Studios Pvt Ltd & Another’s (‘Defendants’).  In the said suit, the plaintiff filed an application seeking an ad-interim stay on the release of the defendants’ upcoming film, LOOTCASE, on the ground that it constituted copyright infringement of his literary work. The plaintiff submitted that he was the author, and thus first copyright owner, of a script for a film titled, ‘TUKKAA FITT,’ for which he was subsequently approached by directors and producers of M/s. AAP Entertainment Limited to convert into a motion picture.

Whilst the plaintiff had agreed for his script to be converted into a cinematograph film and the production of which was completed in November 2012, however, pursuant to the release of a trailer in March, 2011 and the demise of the producer, the film was never released. The plaintiff submitted that on 18 July 2020, he was made aware of the release of the film, LOOTCASE, on 31 July 2020 i.e., the next day of the listing of this suit, and alleged that the plot of LOOTCASE was substantially similar to his script, and thus constituted copyright infringement.

In response to the plaintiff’s allegations, the defendants submitted that the plaintiff’s ownership of the script itself was disputable as the producers from M/s. AAP Entertainment Limited had paid the plaintiff a sum of INR 1,21,000/- for the script; the defendants drew the Court’s attention to Section 61 of the Copyright Act, 1957, whereby the copyright owner must initiate proceedings for copyright infringement, and thus the producer of TUKKA FITT ought to have been impleaded as a party to this suit.

The defendants further pointed out that the plaintiff’s script had not been in the public domain until the filing of this plaint, and his allegations were on the basis of a trailer of a film that was never released. Whereas, the promos for Defendants’ film, LOOTCASE, had been in the public domain since June, 2019. The defendants submitted that the plaintiff’s claim was liable to be dismissed as there was no actual or sustainable cause of action. Lastly, the defendants’ criticised the plaintiff’s eleventh-hour, frantic appeal to the Court, with the sole intention of unlawful gains for himself.

The main issues discussed by the Court were regarding the locus standi of the plaintiff and whether or not the defendants’ film was a copyright infringement of the plaintiff’s script.

The Court made reference to the locus classicus regarding copyright claims, i.e., R.G. Anand v. M/s. Delux Films,[2] wherein the Supreme Court of India laid down authoritative principles regarding the idea-expression dichotomy, whilst also enumerating the principles when examining copyright claims in cinematograph films and other literary work. Important observations from the case included that there could be no copyright in an idea, subject matter, theme, plot, historical, or legendary fact, and copyright violation of such cases would be confined only to the form, manner, arrangement, and expression of the idea by the author.

Additionally, the Supreme Court observed that when the same idea was developed in a different manner with a common source, there was bound to be similarities. However, to be actionable, the copy had to be substantial, leading to the conclusion of the defendant’s plagiarism and piracy. Where the theme was the same but the work was presented differently, the subsequent work became a completely new work and there was no question of copyright violation; coincidences appearing in such works were clearly incidental and not an infringement.

The Court also noted that prima facie the plaintiff’s script could not claim any novelty as the plot was very generic, and on comparing the plaintiff’s script to the defendants’ trailer, the Court held that there were several different elements in both works and the mere fact that certain plot points, between the plaintiff’s script and the story of the upcoming film, LOOTCASE, as reflected in the trailer, might be common, could not form the basis to lay a claim to copyright. The Court held that the plot points on which the plaintiff relied upon, such as, persons losing bags of money and such bags being sought by members of the underworld, might feature in more than one cinematographic film and could not, therefore, be said to be the exclusive province of the plaintiff; the Court also emphasized that no copyright existed in a mere idea, plot, or theme.

In addition to the above, the Court also did not want to grant the plaintiff’s prayer as it could not find any justification for the plaintiff having approached the Court on the very eve of the release of the defendants’ film, especially considering the fact that the defendants had widely advertised their film on print and electronic media since September, 2019. It was the Court’s opinion that the institution of this case was a misuse of the judicial process.

It referred to Dashrath D. Rathore v. Fox Star Studios India,[3] wherein the Court observed  that to allow a case where a plaintiff deliberately waited until the last minute was not only unfair to the Court’s infrastructure, but also to the hard-pressed staff and the other litigants who were waiting to be heard. Pressuring the Court to pass a hurried order with little or no assessment of its merits was an unfair advantage. It was further held that it was insufficient to just make out a prima facie case to get such a temporary injunction; the plaintiff would have to make out an overwhelming case so that all other considerations would be insignificant in comparison.

In the light of the above, the Court did not find any case to grant an ad-interim injunction to stay the release of the film, LOOTCASE, twenty-four (24) hours prior to its release, and accordingly dismissed the application. This order highlighted that the litigant should be vigilant of its rights and should refrain from approaching the Court at the last minute without justification. Irrespective of the merits of the case, timing of the institution of a civil action is crucial as it represents the bona fide nature and seriousness of the litigant, and at times, can also impact the relief that may be granted by the Court.