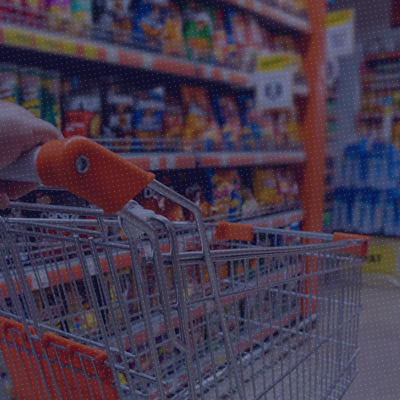 One of the objectives of the Competition Act, 2002 (“Act”) is to ensure that all market participants enjoy freedom of trade, allowing them to freely decide their choice of business, their modus operandi, and take other commercial decisions.

This freedom of trade, however, is not absolute, and shall be subject to the provisions of the Act, including Section 3(4) of the Act, which prohibits enterprises from refusing to deal and entering into exclusive agreements which are likely to cause an appreciable adverse effect on competition (“AAEC”) in the market.[1]

However, mandating businesses to deal with all the market entities and that too on similar conditions may lead to over-enforcement on part of the Competition Commission of India (“Commission”). For instance, from a manufacturer’s perspective, this would interfere with their freedom to make business decisions based on their needs and restrict their right to choose who they procure from and how their distribution channel functions.

The questions that arise are, whether businesses have the right to choose their trade partners or that competition law necessitates all businesses to trade with every other enterprise? Secondly, whether such a responsibility is only on enterprises with substantial market strength? and if not, When does it become anti-competitive for a business to decide not to deal with any particular entity?

The Indian competition law regime does not have detailed guidelines on vertical restraints or market share thresholds to guide the relationships between vertically related businesses like suppliers and distributors. Thus, the above questions on the scope and extent of such freedom of trade, are answered through a mixed analysis of facts and law on a case-by-case basis, taking into account factors such as the market power of the entities, competitive landscape, and the probability of market foreclosure. Recently, the Commission, in two similar/related cases filed by a Business-to-Business (“B2B”) Online marketplace named ‘Udaan’ (the informant) against famous biscuit manufacturers Britannia[2] and Parle,[3] answered this question in a limited context.

Udaan’s primary allegations were that Britannia and Parle were supplying its highest in-demand products, such as ‘Good Day’, ‘Marie Gold’ and ‘Parle-G’ in a restricted manner. According to Udaan, these products had a very high demand among the consumers and are considered a ‘must have’ stock for any distributor.

It was alleged that Britannia and Parle had entered into anti-competitive agreements with their respective distributors to not deal with Udaan and thus refused to provide the requisite quantity of certain products to it, (especially in Tier 1/Tier 2 cities and only supplied those products to Udaan for cities where they had comparatively lower presence). As a result, Udaan was unable to meet the demand on its platform and had to procure the same from the open market, which raised its cost of operations and reduced its profit margins. Accordingly, Udaan alleged that such conduct amounted to “constructive refusal to deal” and resulted in an AAEC. Udaan also alleged the conduct of Parle and Britania to be unfair and discriminatory, as both these brands continued to supply these products to other associated wholesale distributors in the required quantities. As such, Udaan was unable to compete effectively with its competitors.

To further substantiate its claim, Udaan submitted that both Britania and Parle were dominant in their respective relevant markets. In the market for “mid-premium segment biscuits in India,” Britania had a substantial market power. Similarly, Parle through its star product “Parle-G,” was dominant in the market of “glucose biscuits in India”. Due to their market power and position of dominance in respective markets, such refusal to deal would appreciably affect the competition in the market by creating and strengthening barriers in the market and softening the intra-brand competition to the detriment of the retailers and the end customer.

In response, both Parle & Britannia claimed that, as manufacturers they have the autonomy to choose their respective distributors in-line with their commercial wisdom and can’t be forced to compulsorily deal with Udaan. Moreover, provided their existing robust network of distributors across India, not dealing with the Informant was not likely to cause any AAEC in the market of biscuits in India. Britania and Parle also clarified that there was no agreement with any of its distributors to not deal with the Informant. Parle substantiated that it appoints its distributors based on certain objective criteria which Udaan did not fulfil and as such its decision to not deal with Parle was objective and not arbitrary.

On the issue of the relevant market, the Commission observed that, at the distributors and retailer’s level, all kinds of biscuits, are available in a price/quality continuum, there is no occasion to segment the market on such a narrow category as “glucose biscuits” or “price per kg”. Therefore, the Commission defined the relevant market widely as “the market for the biscuits in India”. In this market it was observed that Britannia had a market share of 32%, closely followed by Parle at approximately 27%. Consequently, neither Britannia or Parle were dominant and in-fact each exerted sufficient competitive constraint on the other. The Commission considered the large number of biscuit manufacturers other than Parle & Britania in the upstream market, and similarly, the large number of distributors of these manufacturers in the downstream market, to dispel any AAEC concerns.

Finally coming to the issue of manufacturer’s freedom to choose its business partners, the Commission observed that “the type and nature of distributors a manufacturer desires to partner with is an essential part of the autonomy of its business, and the Commission cannot ipso facto substitute its regulatory wisdom to that of the commercial wisdom of the businesses”. The Commission stated that it would avoid interfering with the commercial decisions of the businesses until and unless it is in clear contravention of the provisions of the Act. This effectively means that a business can decide to not partner with a vertically related entity based on objective criteria which is not unfair or discriminatory and designed with a view to exclude/eliminate competition on merits.

Notably, the Commission explained that the notion of ‘must stock’ or ‘must have’ essentially means a particular product is so indispensable to the business that not directly dealing with it would pose an existential threat, as due to its high demand or lack of alternatives, the dealer would have no choice but to procure it and offer it to the customers to keep its business running. In the instant case there appeared to be no existential threat or foreclosure considering that Udaan is catering to multiple product segments across the country and is not significantly dependent on a particular brand’s product to sustain its business.

Interestingly, the Commission further explained the wide horizon of such autonomy that could be exercised by the businesses, stating that “equal treatment is not any bounded obligation cast in iron and stone.” That is, businesses are free to set different terms of trade with different partners based on sound commercial logic and not just an exclusionary conduct. Thus, both the cases were closed by the Commission concluding that there existed no prima facie case against either Parle or Britania for investigation.

In the above cases, the Commission gives some guidance on the competing rights of large brands and distributors. It was observed that the Commission cannot compel a brand to compulsorily deal with every distributor who wants to work with it and businesses shall have independence to choose their trade partners. Moreover, the Commission will not interfere in such relationships as long as they are not discriminatory or unfair to a particular entity and the conduct is objectively justified by sound business rationale.

However, this cannot be taken as a position uniformly applicable to all industries and businesses. For instance, in the case of large online platforms, refusal to deal may be problematic, especially when such platforms have the status of being gateways to the market. Notably, the Commission last year in the MakeMyTrip case, issued an interim order directing the platform to temporarily relist the hotels of the informant, observing that refusal to deal on part of the online intermediary would lead to shutting up of the business of the informant. Jurisdictions across the world are recognizing such repercussions and are coming up with legislations like the Digital Markets Act,[4] which prohibit such conduct by large online platforms. Thus, while in the present cases, the Commission has given green flag to businesses to exercise their commercial wisdom, such exercise would be subject to the contours of the law.

[1] While assessing AAEC resulting from refusal to deal and exclusive arrangements under Section 3 (4), the Commission employs “rule of reason” analysis and takes into consideration various factors such as the market power of the entities, competitive landscape, and the probability of their conduct resulting in foreclosure of market for other players.