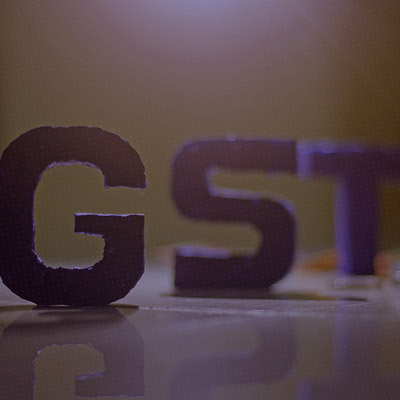 Topsy-turvy state of taxation on distribution of electricity

The present article attempts to discuss the dispute on the scope of distribution of electricity services by DISCOMs. The issue was ignited in GST when CBIC issued a circular in the month of March 2018 stating that specified services provided by DISCOMs shall attract GST liability. Recently, the Rajasthan High Court in the case of Jodhpur Vidyut Vitran Nigam Ltd.,[1] relying upon decision rendered by the Gujarat High Court in the case of Torrent Power Ltd.,[2] quashed the circular and held that such services are exempted from GST.

Let us analyse the precise issue and the reasoning given by the High Courts while quashing the circular.

At the outset, it is to be noted that the power to levy tax on the consumption or sale of electricity has been conferred to State Government vide S. No. 53 of List II of Seventh Schedule of the Constitution of India. For example, in Delhi, electricity tax is levied under the Delhi Municipal Corporation Act, 1957 and the DMC [Assessment and Collection of Tax on the Consumption, Sale or Supply of Electricity] Bye Laws, 1962.

It is a well settled by various case law that electricity qualifies to be goods[3]. Accordingly, supply of electrical energy has been exempted under Goods Exemption Notification. However, in addition to exempting electricity as goods, the government extended exemption to transmission and distribution services provided by TRANSCOs/DISCOMs.

Therefore, it is pertinent to understand as to what constitutes distribution of electricity services by DISCOMs.

We may also make a reference to Circular[4] issued in earlier regime which clarified that it is a general practice among TRANSCO/DISCOM to install electricity meters at the premises of the consumers, to measure the amount of electricity consumed by them and ‘hire charges’ are collected periodically. Supply of electricity meters for hire to the consumers being an essential activity having direct and close nexus with transmission and distribution of electricity, the same is covered by the exemption for transmission and distribution of electricity, extended under Notification No. 11/2010-ST, dated 27 February 2010 and/ or 32/2010-ST, dated 22 June 2010.

provided by DISCOMS to consumer are taxable.

This naturally raises a doubt in the mind of taxpayers as to what makes the department shift its stand from the earlier circular issued in 2010.

The DISCOMs challenged the validity of the 2018 circular in light of proceedings initiated by department due to above circular. In the case of Torrent Power (supra), the Court struck down the 2018 circular as being ultra vires the provisions of Section 8 of the CGST Act (Composite and Mixed Supplies) as well as Notification No.12/2017-CT (R), Serial No.25, observing that the transmission and distribution of electricity cannot be done without the help of electric line, electric plant and electric meter, and nor can the related services be used for any purpose other than for transmission and distribution of electricity. Accordingly, where the services are naturally bundled in the ordinary course of business and the single service which gives such bundle its essential character is exempt from tax, the entire bundle will have to be treated as provision of such single service.

Relying upon above judgement, the Rajasthan High Court in the case of Jodhpur Vidyut Vitran Nigam Ltd. quashed Para 4(1) of the Circular dated 1 March 2018. The Court observed that simple reading of exemption notification leaves no room for ambiguity that entire package of services namely transmission or distribution of electricity has been exempted. Attempt of chipping out some of the services, out of the complete package and treating them to be taxable is not only arbitrary and unreasonable but such exercise is also violative of provisions of Section 8 of the CGST Act.

We may also discuss the backdrop in which the courts considered that services such as hiring of meter, connection fees, etc. are incidental to principal supply of distribution services. In authors’ view, the analogy drawn by the High Court appears to be incorrect to the extent the sale of electricity by DISCOMs has been assumed to be distribution services despite the fact that it qualifies as sale of electricity i.e. sale of goods and with that incorrect assumption, the specified services have been held to be incidental to principal supply of distribution services. It is also interesting to note that exemption entry for supply of electrical energy under Goods Exemption Notification was not highlighted before the Gujarat High Court either by the petitioner nor by the department.

As it is said, tax complexity itself is a kind of tax, the same is true for distribution of electricity by DISCOMs. Despite the fact that their supplies were intended to be exempt from GST, absence of clear provisions and the approach of department of disputing tax on clearly intended exempted supplies has led to topsy-turvy for DISCOMs. The decision of Torrent Power (supra) has also been challenged by the department before the Supreme Court. The judiciary is expected to resolve the above issue and various other issues faced by this sector in respect of the exemption entries.

[The author is a Senior Associate in GST Advisory practice at Lakshmikumaran & Sridharan Attorneys, Gurgaon]